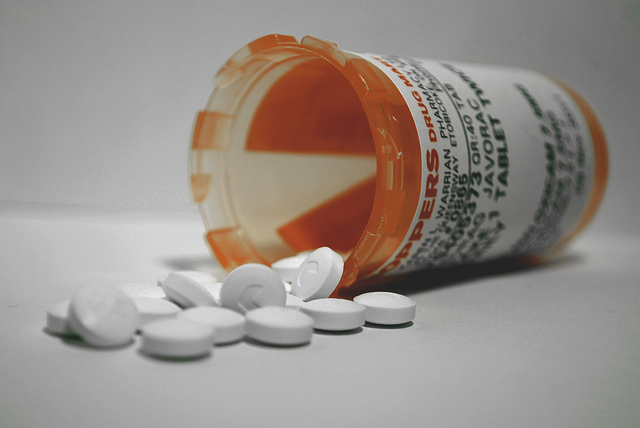 Los Angeles residents have been visiting First Street Pharmacy to have their prescriptions filled since the early 1970’s. The spot has garnered a multi-generational following of locals who knew the shop’s owner, Dr. Robert Ramirez, when he was just a kid. They come to Ramirez because he knows their families and their symptoms and because he’ll let them delay payment when he knows they’re low on funds.

But State budget cuts could put an end to local, independently owned pharmacies like First Street by impeding access to pharmaceuticals for low-income and disabled Californians who rely on Medi-Cal to pay for their prescriptions. Medi-Cal is the State’s publically funded health insurance program and the State is calling for a 10% cut in the program’s budget.

More than 30% of First Street’s clients rely on Medi-Cal to pay for their prescriptions but Ramirez is part of a growing population of independent pharmacists who say they can no longer afford to serve that clientele.

Because the State continues to cover less prescription costs for Medi-Cal patients, Ramirez said he loses money almost every time he fills a Medi-Cal prescription.

“I can’t continue to operate when I’m giving medications to Medi-Cal patients that cost $120 and the State is only paying me $10 to fill the prescription,” said Ramirez.

Ongoing and increasing Medi-Cal cuts mean pharmacies are receiving ever-decreasing payments for the medications they dole out to Medi-Cal recipients. The State government is working to cut those payments by 10% this year.

After losing 30% of his business in the last couple years, Ramirez said he was forced to fire his only pharmacy partner, leaving him to work the six-day workweeks as the shop’s sole pharmacist. He is 52, married, and has three daughters.

If the 10% cut goes through, “I will have to consider selling out to one of the big chain stores that have made offers to me so far,” said Ramirez.

Since Medi-Cal is the State’s second-largest budget expenditure, the State said the program must be cut in order to achieve a balanced budget.

Cava noted that the State chose to target those cuts to providers instead of more directly blocking access by allowing less people to qualify for Medi-Cal.

“With Medi-Cal you can take a look at eligibility and provider (payment) rates but we couldn’t really touch eligibility,” said Cava.

But policy analysts like the Legislative Analyst’s Office have authored several reports stating that targeting Medi-Cal cuts to health care providers, like pharmacies, would still have a direct, negative impact on health care access.

More than 100 pharmacies across California have closed their doors over the past three years because of Medi-Cal cuts, leaving local communities without adequate access to pharmaceuticals, said Paul Rohrer, President of the Professional Pharmacy Alliance of California. Many of those small pharmacies were able to sell their shops to corporate variety stores, like CVS and Walgreens.

“…But many of these closures have happened in rural communities,” noted Rohrer.

“The big stores won’t go into the little bitty towns… Firebaugh, Tranquility, and a number of west side, rural towns would lose their pharmacies,” said Rohrer.