Despite undocumented status, day laborers are demanding their rights 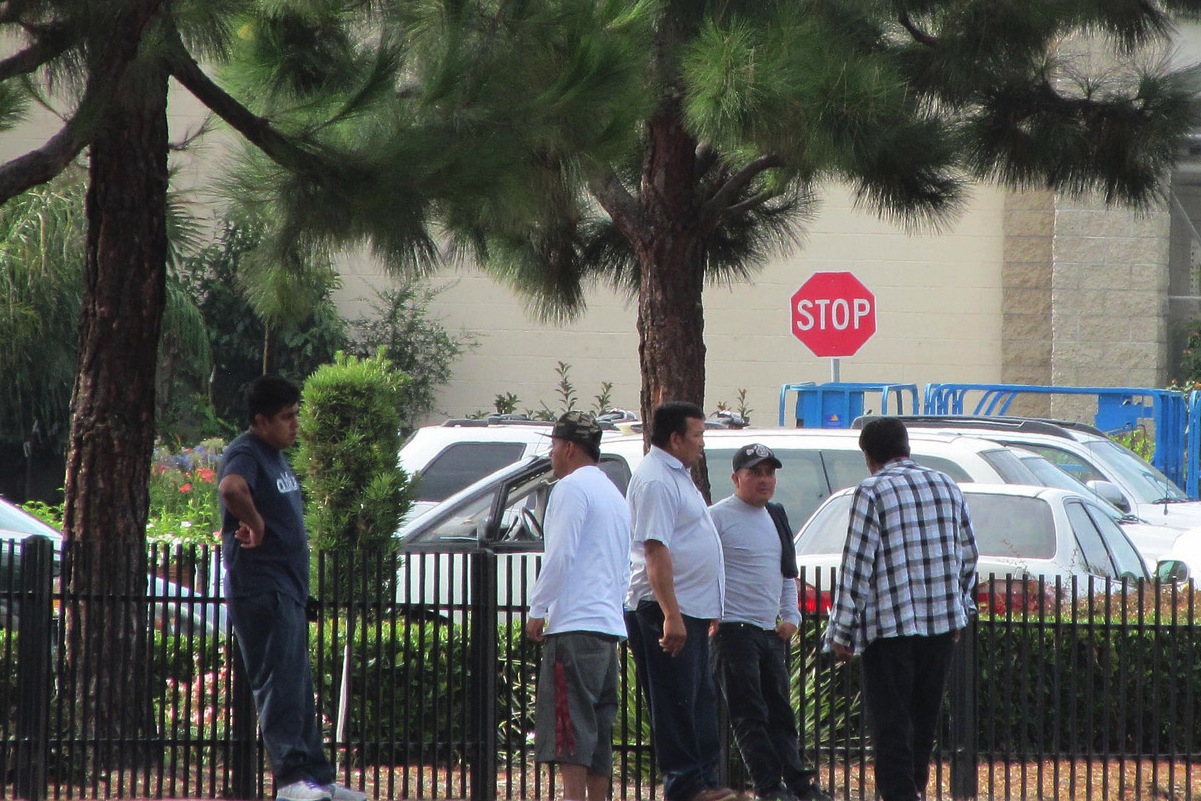 Jose Cruz stood on the corner of a well-trafficked gas station in San Francisco’s Mission District. The cars passed him by. Drivers rarely stopped to look at Cruz on this recent morning.

The Mexican immigrant is a day laborer, and like thousands of workers who stand on the street corner looking for work, Cruz hopes to make enough money to pay his rent and food and other basic needs. And like many who seek daily work on street corners, Cruz is vulnerable to being cheated out of his wages.

Cruz worked for several months doing construction in the Bay Area, and when he wasn’t paid for several weeks of roofing work he did, he turned to La Raza Centro Legal in San Francisco. Attorney Rene Saucedo with the nonprofit helped him win $6,000 in back wages and fees.

“The reality of it is that a lot of low-income worker industries, which we look at the garment (industry), construction, agriculture, restaurants, some retail…we find a lot of the issues of workers not being paid correctly,” he said.

The exact number of day laborers in California is unknown, partly because it’s difficult to track them. Many are undocumented immigrants simply don’t want to come into the spotlight; others will move to another city or state in search of more promising employment opportunities. Some will do day labor work on a temporary basis until they can find steady work in industries such as food service, construction or gardening.

There are roughly 117,600 day laborers in the U.S. according to a 2006 study, “On the corner: Day Labor in the United States.” The men hail from various countries in Latin America.

They look for work on the street corners, gas stations, Home Depots, hardware supply stores, open-air markets, by the side of the road and in parking lots of 7-Elevens.

Day laborers across the country face a range of abuses such as no time for lunch or a bathroom break, verbal insults, and wage theft. But not getting paid for the work they perform robs them of the sole reason they work.

Oscar Hernandez, a Guatemalan immigrant, recalled being cheated out of his pay.

The job started like many of his jobs. The women picked him up from a street corner. They negotiated on a price per day. When he finished the job, the women “disappeared.”

“Me dijeron que me iban a pagar y al final ellas desconectaron el teléfono. Eso ocurre muy a menudo,” said Hernandez recently as he and 40 other men waited for work near a shopping center in San Rafael. “They told me they were going to pay me. At the end, they disconnected their cell phone. That happens frequently.”

“I hear it all the time. I got picked up to dig for three or four days, do really brutally work. Then they say, meet me at the ATM on Friday. And they’re not paid,” said Delfin Vigil, project coordinator for the Marin Opportunity Centers in San Rafael.

He said the men are perceived especially vulnerable because some are undocumented.

“There’s a case where a lady hired a group of seven men to do heavy lifting hauling and moving. And they agreed on $30 per hour and later decided that well ‘I didn’t like the work,” Vigil said. “Not only are we not going to pay you but if you keep calling me and asking for money, I’m going to call immigration.”

But a worker’s immigration status is irrelevant, said Rood of the Division of Labor Standards Enforcement.

“We’re here to protect the worker, that all the workers are not working in substandard conditions,” Rood said, “and that they’re paid accordingly to what the law requires for the state of California whether they’re undocumented or not documented. It’s a non-issue for us.”

La Raza Centro Legal and other immigrant rights organization are working with day laborers to help them protect themselves, Saucedo said.

“We do a lot of preventative work. We do street education. We do weekly know your rights sessions,” Saucedo said. “We advise the workers to do whatever they can to make sure that they protect themselves, like writing down the hours that they worked, writing down the contact information of employers.”

Despite undocumented status, day laborers are demanding their rights