With help from Planned Parenthood, pregnant fieldworkers try to protect themselves from pesticides 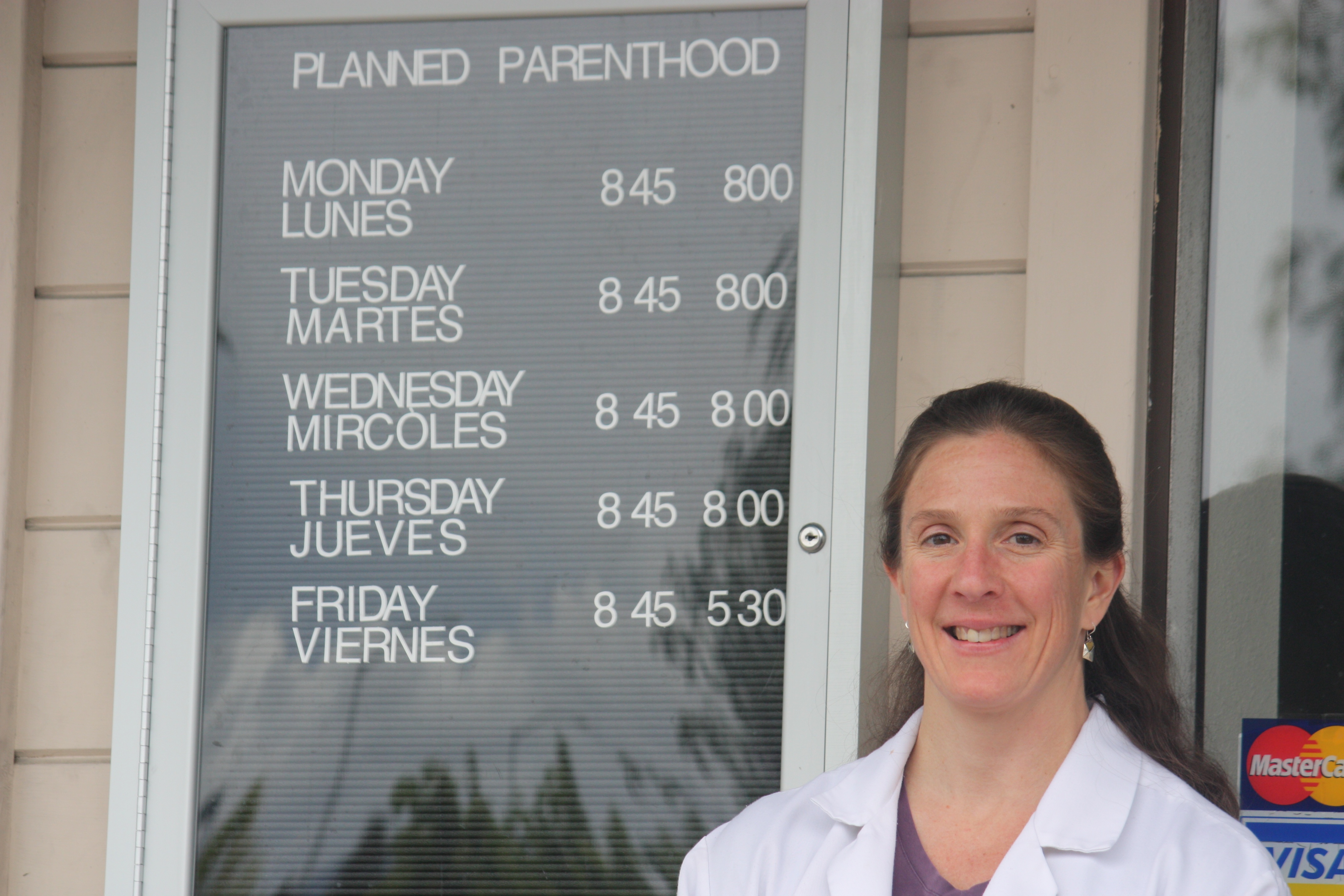 At a Planned Parenthood clinic near Salinas, farm workers who plan to have children in the near future are learning to protect themselves against pesticide exposure on the job.

Billions of pounds of pesticides are sprayed or injected in the ground each year in California, but researchers say they’re just beginning to learn how those chemicals affect pregnant women and their children.

A University of California Berkeley study, published last month in the journal Environmental Health Perspectives, found that prenatal exposure to organophosphate pesticides, which are known to be toxic to the nervous system, is related to lower IQ’s in children.

In 1999, researchers at UC Berkeley’s Center for Environmental Research and Children’s Health embarked on the study by partnering with a Salinas hospital and a health clinic to form the CHAMACOS (Center for the Health Assessment of Mothers and Children of Salinas) project. Together they recruited 500 pregnant women and tested them for organophosphate exposure twice during their pregnancies. The researchers have followed them and their children ever since, measuring the cognitive abilities of the kids about every two years.

The Berkeley study and two others by researchers at Columbia University and Mt Sinai Medical Center are the first to examine the long-term effects of pesticide exposure on children before and after birth. All three studies have reached similar conclusions.

Dieseldorff, who examined the research in recent months, said the results surprised her because they showed that pesticides don’t necessarily cause immediate harm like premature birth or underweight babies.

“But the effects are more subtle. They’re showing up as developmental delays,” Dieseldorff said.

Dieseldorff and her co-workers have identified 40 patients who work in the fields and want to become pregnant in the next year. In addition to the usual advice—stop smoking, limit alcohol consumption and load up on prenatal vitamins—clinic staffers offer common-sense pointers on limiting pesticide exposure: Don’t eat the fruit you harvest before washing it. Wash hands before eating. Wash work clothes separately. Change clothes before getting in your car, entering your home, or hugging your kids.

At a Salinas clinic, 26-year-old Lourdes Dominguez, who is expecting her first child in July, said she was picking strawberries in Ventura County until she stopped working in her fifth month of pregnancy.

“I stopped eating the strawberries [in the field],” Dominguez said. “I washed my hands before eating. I would change into sandals when I’d get in the car after work.

But some of the advice is tough to follow. For Dominguez and most farm workers there is no place to change clothes at work before going home, so pesticide residues inevitably remain in their cars and homes.

Employer-provided gloves and coveralls would protect workers, according to the results of a 2003 experiment by Dr. Asa Bradman, one of the authors of the UC Berkeley study. The research, published in the Journal of Exposure Science and Evironmental Epidemiology in 2008, found much lower skin exposure to malathion, an organophosphate pesticide, in strawberry harvesters who wore the protective gear. Bradman said he is discussing his findings with growers and regulators.

“The things that drive regulation are risk and cost,” Bradman said. “If there’s not a risk that people recognize, people aren’t going to implement something.”

Indeed, the Monterey Farm Bureau’s Norm Groot contended that there is little cause for concern because workers are only allowed to enter fields recently sprayed with pesticides after an interval determined safe by state regulators. And, he pointed out that organophosphate use has decreased in the last decade.

“The compounds used are not nearly as harsh. The effects are not what you’re seeing ten years ago,” Groot said.

The Watsonville-based Alliance for Food and Farming, a grower-financed PR group, is also downplaying the current dangers of pesticides. It has published a counter to the Berkeley study on its website. Like Groot, spokeswoman Teresa Thorne argued things have changed in the past ten years. And she contended the study used an imprecise method of measuring organophosphate levels in the body.

Celina Trujillo of CHAMACOS said the measurements weren’t foolproof. But she said the study’s conclusions are solid, pointing to the similar findings by Columbia and Mt. Sinai researchers. She added that while only the most sensitive individuals are likely to get sick immediately from pesticide exposure at work, the recent studies underline the danger of prolonged exposure, and thus the need for workers to take precautions.

While the debate over pesticide safety continues, Planned Parenthood staffers say they will help at least a few women take precautions.

“Some of the women I’ve spoken to say ideally, I’d have some other job and I’d be healthier,” Dieseldorff said. “What we’re working on is harm reduction.”

With help from Planned Parenthood, pregnant fieldworkers try to protect themselves from pesticides