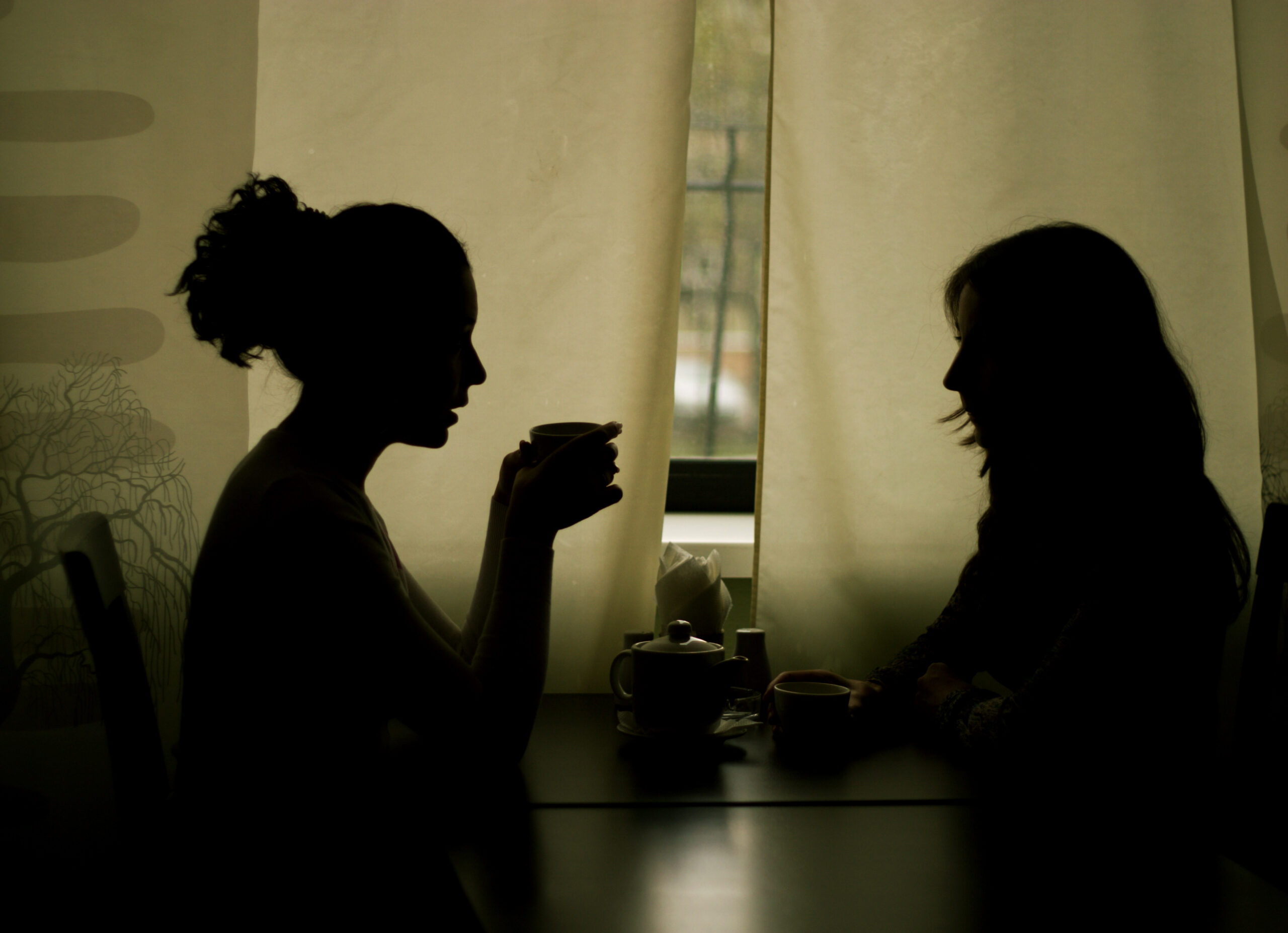 When Carolina Reyes first opened up to a friend in 2017 about the domestic violence she was experiencing, she wasn’t sure what to expect. It had taken Reyes a long time to reach out, and she was scared. At the very least, she hoped that her friend might understand.

But Reyes, who is now 32 and living in Los Angeles, said that her friend didn’t believe her. Instead, she asked what Reyes had done to make her partner behave that way. Reyes’s initial shock soon was replaced by feelings of invalidation and dismissal. She started to feel crazy, she said, questioning her own perception and wondering whether she was the problem.

More and more, she closed herself off from others. She stayed quiet about the abuse for two more years.

Her friend’s response compounded the trauma Reyes had already experienced. When people close to a survivor don’t understand the dynamics of domestic violence or how to speak to someone going through it, they can inadvertently cause more harm. On the other hand, a validating response can make it easier for the person experiencing abuse to open up about what’s happening, understand that the abuse is not their fault and ultimately leave violent situations, according to domestic violence experts.

As more clinicians focus on using trauma-informed approaches to working with domestic violence survivors, survivors and their advocates are working to bring this approach to families and their communities.

Trauma-informed dialogue is “far more effective at getting that person to a safer place, in their psyche and in their approach to the world,” said Ruth Glenn, president and CEO of the National Coalition Against Domestic Violence, who also is a domestic violence survivor.

Being trauma-informed means understanding how trauma has impacted a person’s life, including their behavior and cognition, according to Priscilla Dass-Brailsford, a professor of psychiatry at Georgetown University Hospital who has worked with domestic violence survivors.

Engaging in this type of dialogue can help survivors recognize when trauma is occurring and spare them from further harm. This involves providing a nonjudgmental, listening ear without jumping to problem-solving mode, and being careful not to insinuate that a survivor is to blame for the abuse.

Trauma responses can present differently from day to day and from person to person — there’s no one-size-fits-all understanding of how it can show up in a survivor’s life.

Family and friends need to understand that survivors may experience triggers, which are physiological or emotional responses to reminders of trauma. It can become difficult for a survivor to stay grounded in the present as past experiences can come flooding back. “It can take you right back into the place where it’s actually happening,” said Dass-Brailsford, depending on where a survivor is in the healing process. “It doesn’t feel like a different situation.”

Some might be triggered by sights, while others may respond to sounds or scents — like a whiff of cologne or cigarette smoke, Glenn said.

Recognizing these symptoms and behaviors can help loved ones understand when and why a survivor’s behavior seems atypical or “off,” said Glenn. A survivor might abruptly leave a grocery store, for example, because they see someone who resembles their abuser.

In circumstances when family and friends need to talk about experiences that might be triggering for survivors to recount, they can borrow best practices from service providers to minimize harm.

Forensic nurses, for instance, must figure out details of an assault in order to conduct a forensic exam without retraumatizing survivors. “We have to be really careful about how we talk to them and how we elicit that information,” said Regina D’Aquilla, who manages a team of forensic nurses at a family justice center in Los Angeles.

“Even a couple misspoken words to a victim or survivor could completely shut down a conversation,” D’Aquilla said. “And that could have been the chance, the only chance, that person had to tell … what is happening to them.” She also limits the number of times a survivor recounts what happened, a strategy that family and friends can adopt.

The ethos that guides her team is “start by believing.” They frame questions without judgment and are trained in forensic interviewing methods like “Tom Lyons 10-Step Process.” Originally designed for children, this method focuses on asking open-ended questions such as “tell me everything that happened” that encourage survivors to describe events in their own words and prevent the interviewee from influencing the narrative by placing preconceived ideas about what happened in their questioning.

“We try never to lead the story, or be in charge of the story,” D’Aquilla said.

In conversations, family and friends can learn to give survivors control. Reyes said she feels deep gratitude for the people who did eventually create space so that she could tell her story on her own terms, at her own pace. They made her feel safe to talk about the abuse she was experiencing and listened to her without providing feedback. With the support of these people, along with a counselor from a domestic violence shelter, Reyes left her former partner in 2019.

Reyes’s current manager, who worked at a domestic violence shelter prior to joining the animal welfare nonprofit where they both work now, also made Reyes feel comfortable opening up. “She exudes empathy and compassion, something I noticed right away,” said Reyes.

The manager has always approached their conversations with care. Early into their working relationship, the manager proactively told Reyes that she was there to facilitate whatever Reyes needed, whether it was time off to deal with legal matters or another listening ear.

When family, friends and colleagues are talking to survivors, it’s crucial to understand how trauma changes a survivor’s brain — which includes giving survivors permission not to remember everything.

Research shows that when the body is in a traumatic state, a flood of chemicals saturates the brain and pushes people into a “fight, flight or freeze” response, according to D’Aquilla. “Memories now get filed in places they may not have been filed before,” she said.

D’Aquilla compares this to writing paragraphs onto a piece of paper, ripping those up and tossing pieces into the air. The sentences get stored in different places and the brain doesn’t know where to recall them until a survivor encounters a specific trigger. “All of a sudden that memory is found because your brain’s like ‘Oh, wait, we’ve seen this before,’” she said. “It’s almost like you have a flashback.”

Family or providers may assume that a survivor is being dishonest, purposely withholding information or changing their story — when in fact, “they have new memories every day that they’re finding,” explained D’Aquilla.

A safer world to come forward

As loved ones support survivors in their healing, they need to understand that survivors may not recognize or name their experience as trauma, said Glenn. Being in a chronic state of stress can numb survivors to danger over time, which can lead them to develop a higher threshold for danger and can make it difficult to recognize the extent of the risk they have faced.

For Reyes, it took a long time to recognize that her situation was abusive. Only until about six months after the relationship ended did it click, bringing waves of relief, she said.

She has spent years attending support groups and listening to other survivors, which has helped her better understand her own experience. Now, a few years later, Reyes feels like she has finally found peace. She hopes other survivors can find this stability — and a support system of sensitive loved ones, friends and providers to help them get there.

If “more people and more organizations become trauma-informed, they’ll be able to feel like they have … a whole community behind them,” Reyes said.

As she continues to heal, Reyes has been able to see her story through the lens of resilience. The abuse is in the past, and she has an internal strength that helps her move forward.

“There were some moments where I questioned my own reality. And now I’m in a place where I am confident of what my reality is,” she said.