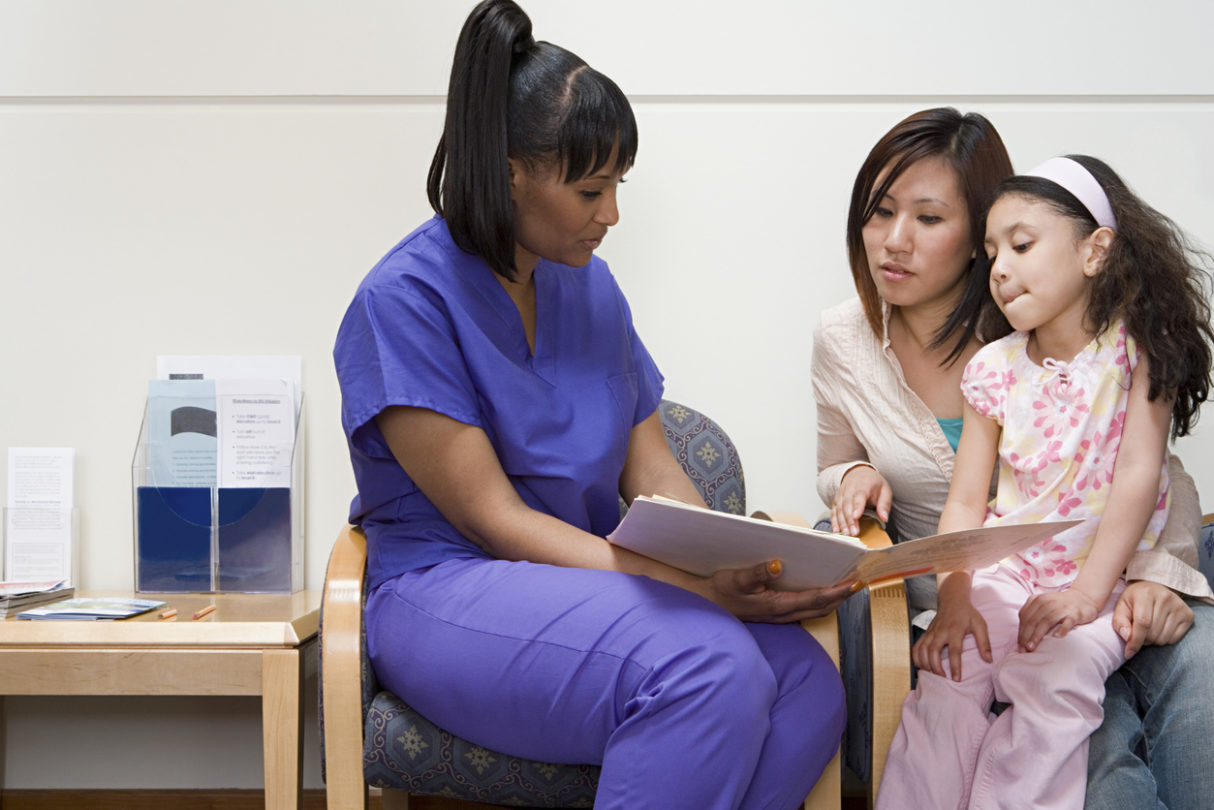 More than 150,000 California children dropped out of federally funded health insurance programs in 2018, a trend some experts blame on the Trump administration’s anti-immigrant policies and efforts to upend the Affordable Care Act.

Enrollment in California’s low-income health program, called Medi-Cal, and the low-cost Children’s Health Insurance Program (CHIP) dropped 3 percent in 2018, according to a report by the Georgetown University Center for Children and Families. That’s a total of 152,515 children leaving the two programs.

It’s not yet clear whether these children have lost health insurance coverage altogether, or enrolled in private insurance plans. Health policy advocates and the report’s authors say it’s likely that at least some of decline is a result of wary immigrant families pulling eligible children out of government health insurance programs. Federal attempts to undermine Affordable Care Act reforms, such as by removing the individual mandate for people to enroll in health insurance, may also play a role, they said.

“The loss is alarming,” said Michael Odeh, health policy director for Children Now, a children’s health advocacy group. “We’ve seen an uptick in the number of uninsured kids from other data, so this declining enrolment and lowering of participation in Medi-Cal is truly concerning.”

California’s loss of young Medicaid and CHIP enrollees is part of a national trend. Across the country, more than 820,000 children left the programs last year, the Georgetown report found.

The California Department of Health Care Services attributed the decline to improvements in the economy and the state’s low unemployment rate. In a statement, department spokesman Anthony Cava said it’s likely more families are gaining job-based health insurance and earn too much to qualify for Medi-Cal.

“Medi-Cal enrollment is typically counter cyclical.  During economic downturns, enrollment rises as individuals may see declines in income and/or the loss of jobs that provide for health care coverage. This can create a demand for Medi-Cal coverage,” he wrote. “Conversely, during economic expansions, the demand for Medi-Cal coverage declines, as job opportunities and incomes increase.”

But report co-author Edwin Park, aresearch professor at Georgetown University’s McCourt School of Public Policy, said economic growth is not enough to explain the drop in enrollment. Although enrollment in Medi-Cal and CHIP typically slows during a strong economy, it’s unusual for it to go down, he said. What’s more, the loss of children in the programs is happening across the country, even in states where the unemployment rate is stagnant or has increased, Park added.

“There weren’t any particularly noteworthy changes in economic indicators in (2018) that could explain a sudden reduction in the number of people eligible or a big increase in alternative forms of coverage like employer-sponsored insurance,” he said.

Pending bills in the state legislature to reinstate the individual mandate and to make health insurance more affordable could help keep more children insured, Park said. The state should also double down on outreach to low-income and immigrant families to reassure them it’s safe to enroll their children in Medi-Cal and to educate them on the benefits of having health care, he and Odeh said.

Nevertheless, Park said the data shows California can “only do so much,” in the face of hostile federal policies.

“The national headwinds were hard and likely were contributing to the Medicaid and CHIP enrolment decline in 2018,” he said.

Kids without insurance “may end up in poor health, do worse in school and over the long term have poorer health and other life achievement outcomes than they would if they had health coverage,” he said. “These are all very troubling, worrisome signs.”