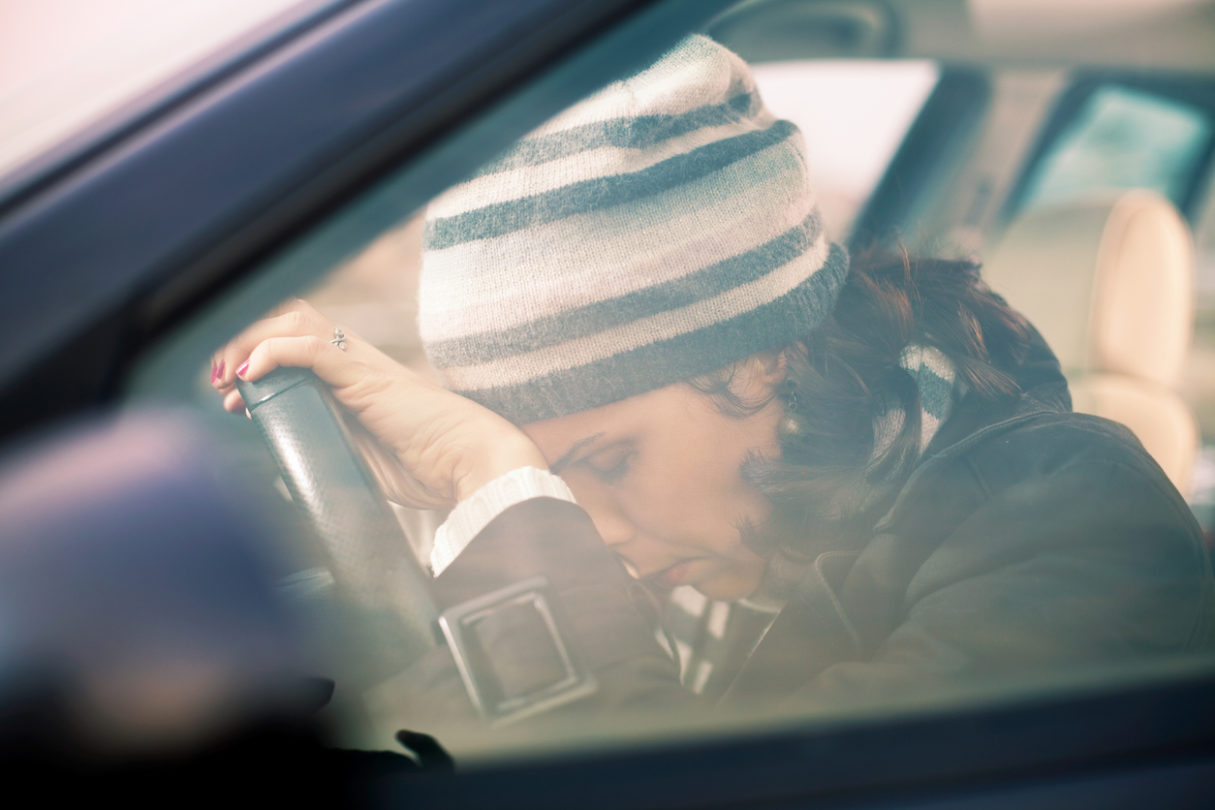 For a growing number of community college students in California, one of the biggest concerns isn’t exams or essays—it’s finding a safe place to sleep in their cars at night.

An estimated 20 percent of the state’s 2.1 million community college students have experienced homelessness or don’t have a stable place to live, according to a report released this month by California Community Colleges. Many of them rely on their vehicles for shelter.

“The most difficult thing about sleeping in your car is trying to find a place to park and sleep, and being able to sleep comfortably knowing that no one’s going to come by, that neighbors aren’t walking by saying, ‘Who’s sleeping out there?” said Brianna Rodriguez, a former student at East Los Angeles College who previously experienced homelessness.

Rodriguez is now a student at Cal State Dominguez Hills and works for Jovenes, a Los Angeles-based nonprofit serving homeless youth, where she connects homeless and housing-insecure students at Rio Hondo College with the resources and service providers. She said that many of the students are facing similar issues that she once did.

A new bill aims to help community college students across the state by ensuring they have a secure place to stay in their cars at night. The Safe Lots bill, A.B. 302, was introduced in January and would allow community college students to use campus parking lots overnight, as long as they have paid their fees, are enrolled in coursework and are in good standing with the college. The bill, which is working its way through the legislature, has been referred to the assembly’s higher education committee.

Rodriguez said the bill would make a big difference in students’ lives.

Assemblyman Marc Berman, who sponsored the bill, said it’s a response to reality.

“At every hearing and every meeting that I’ve had with students in my office or elsewhere, the number one issue that students have mentioned to me is homelessness and housing insecurity among college students in California,” he said.

A 2018 report by the California speaker’s office of research and floor analysis showed that 11 percent of students at California State Universities are homeless, as are 5 percent of University of California students. And in some community college districts, the rates of homelessness far exceed the statewide average. In the Peralta Community College District in the Bay Area, for example, 84 percent of students experienced housing insecurity during the 2016-17 school year.

But this is the first bill that addresses where homeless students sleep at night.

One benefit of the bill is that it pushes back against the trend of criminalizing homelessness, said Shahera Hyatt, director of the California Homeless Youth Project.

“Even though we don’t provide housing for people across economic strata, we penalize people when they don’t have a place to live, whether that’s tickets for living in your car, or an anti-camping citation for living outside,” she said. “People are constantly being told to move along, but there’s no ‘to where.’ So even having a parking structure where you can park your car and not have to pay and not have to worry about having a police officer knocking on your window and shining a light—that’s a material benefit to people.”

According to a report from The Institute for College Access and Success, all nine Universities of California are cheaper than community colleges in the same area. Low-income students at UC Berkeley, for instance, pay on average $8,800 out of pocket per year, while low-income students at Berkeley City College pay $14,200 per year. To cover these costs, UC Berkeley students would need to work 19 hours per week during the school year, while Berkeley City College students would need to work 30 hours.

Emily Mutanda, project organizer for Los Angeles Valley College’s Helping Hands Project, which supports homeless students on campus, said that because of the pressure to make ends meet, many homeless students end up dropping out.

“Especially in California, with our housing costs going up every single year, it’s getting hard for students to be able to afford housing, go to school and feed themselves at the same time,” she said, noting that Helping Hands Project assists about 90 students every semester, plus 175 each week at its food pantry. “We find that many of them are opting to go find jobs instead of staying in school. It’s a very rough journey for them.”

According to Mutanda, Los Angeles Valley College was considering an overnight parking program for students even before the Safe Lots bill was proposed this year.

“It makes it so much easier for students to be closer to school, and not have to worry about the safety aspect of parking in a random place and of staying up all night to be on the lookout,” she said. “What we all need to be doing is looking at different methods of how to be a part of this crisis. It’s bigger than us, but we have to be involved. We want student enrollment to be high and to retain them, so we need to support them better.”

The California Community Colleges Chancellor’s Office does not currently have a position on the bill, according to public information officer Christina Jiminez.

Berman said he expects local “not in my backyard” opposition—so called NIMBY-ism—to be one of the bill’s biggest hurdles. To get around this, he said that he’s leaving many details of how a safe lot would be implemented up to the individual community college. “Hopefully that provides people the flexibility they need to tailor it to the local issues they have on each campus,” he said.

Some homeless advocates have another criticism, and say that the Safe Lots bill doesn’t go far enough to provide a long-term solution for students.

“This doesn’t get at the heart of the issue,” said Louis Tse, a graduate of UCLA who started the Bruin shelter, a shelter for homeless students in Los Angeles. “These students are at the mercy of two forces—a lack of affordable housing and a lack of affordable education. These two compound each other and really squeeze students on the margins.”