For Medi-Cal Patients Who Need Specialists or Mental Health Treatment, Where You Live Will Determine Your Access 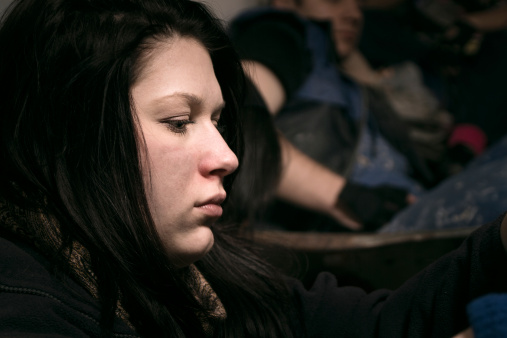 The California department that runs the state’s low-income health program released updated rules last week that spell out how far patients may need to travel to see a doctor.

Medi-Cal managed-care health plans, which cover more than a quarter of Californians, will be required to have primary-care doctors within 10 miles or 30 minutes from patients’ homes.

But when it comes to seeing specialists, mental health professionals or some drug treatment providers, the level of access patients have will depend on where they live.

The California Department of Health Care Services’ final access proposal released July 19 says that patients who live in rural California may have to travel up to four times as far as patients in Los Angeles County to see specialists, such as cardiologists, dermatologists or psychiatrists.

The proposal, an update to a draft document released earlier this year, has four tiers of access. The previous draft included only three tiers.

Medi-Cal enrollees who live in Los Angeles County would have the best access to care, having to travel only 15 miles or 30 minutes to an appointment with a specialist.

Those in mid-sized counties, with at least 1 million residents but fewer than 4 million, could have to travel 30 miles or 60 minutes to a specialist.

Patients in small counties, with at least 200,000 people but fewer than 1 million, may need to travel 45 miles or 75 minutes.

And Medi-Cal patients in the state’s smallest counties, with fewer than 200,000 residents, could have to travel 60 miles or 90 minutes.

Health advocacy groups that represent children, low-income residents and people of color have asked the agency to do away with the tiers and instead have a single statewide standard, as is the case for access to primary-care doctors.

The updated proposal “doesn’t address the comments we submitted about creating these different tiers and the inequities that might create,” said Mike Odeh, director of health policy for Children Now. “This really does create some inequities that are troubling to me.”

Health Care Services spokesman Anthony Cava had not replied to questions seeking comment on the proposal as of press time.

The federal Medicaid program, which partially funds Medi-Cal, had said it would require states to have access requirements, and California plans to have them in place by July 2018.

Although he disagrees with some of the proposal, Odeh said he is pleased to see the California health care services department following the federal rules, especially because it appears that the Trump Administration may be trying to relax or reverse Medicaid regulations.

Odeh said the federal Centers for Medicare and Medicaid Services sent out a bulletin recently stating that they will give states more time to create access requirements. However, Odeh added, it remains unclear whether CMS has the legal authority to change the timeline in an informational bulletin.

“I think the fact that California continues to be committed to working on these access standards is encouraging,” he said. “At end of the day, we’re still putting standards out there.”

Advocates are also trying to get the California legislature to weigh in on the matter. Assembly bill 205 and Senate bill 171, which are waiting to be addressed by legislative committees, are intended to make the process of creating access standards more collaborative, said Linda Nguy, policy advocate at the Western Center on Law & Poverty.

She plans to ask the Health Care Services department for a meeting this week to discuss the updated guidelines.

“I think conversations can continue to be had,” she said. “Sooner is better.”

For Medi-Cal Patients Who Need Specialists or Mental Health Treatment, Where You Live Will Determine Your Access