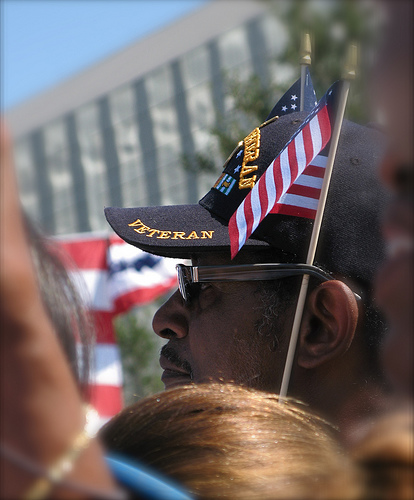 More than three quarters of male California veterans who needed mental health care between 2011 and 2013 didn’t get adequate treatment, a new study reports.

The study, released Wednesday, found that 90,000 California veterans who had served in the military for at least a year — or 3.5 percent of the state’s veterans — needed mental health care between 2011 and 2013. For nonveterans in California, the figure was 3.9 percent. Data came from the California Health Interview Survey.

“Our study is one of the few to make estimates based on all the veterans in California, and it finds that the stereotype that veterans have more mental health needs than everyone else may not be true,” Linda Diem Tran, lead author of the report, said in a release.

But veterans are more likely to contemplate suicide than nonveterans, the study found. Researchers found that 9.1 percent of California veterans had seriously considered suicide, compared to 5.6 percent of nonveterans.

Although 68.8 percent of veterans with mental health needs saw a health professional to try to get help, nearly 46 percent of them didn’t receive adequate care. The report defines adequate care as four or more visits with a health professional and use of prescription medication for mental health within the previous year, a measure the researchers created using guidelines from previous research.

The researchers recommend that health professionals integrate mental health screenings into other health services, which would take advantage of the fact that 88 percent of veterans see a primary care doctor.

Because of the relatively small number of women veterans, women were not included in the study. Their mental health needs should be addressed in future studies, the authors said.