From Feminism to Ageism: Ashton Applewhite Takes on The Last Prejudice 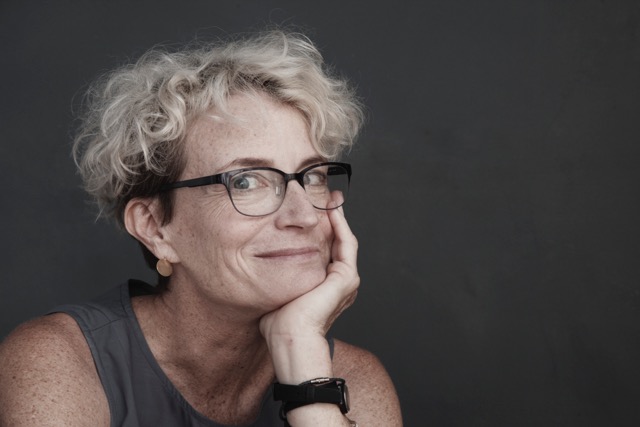 When Betty Friedan published The Feminine Mystique in 1963, the words “sexism” and “feminism” were nary a blip on the cultural radar. The book launched a modern revolution that is still in progress.

Today, in her blistering attack on ageism intended to foment a similar uprising, Ashton Applewhite paints an American culture awash in plastic surgery, fear and denial about the aging process. Agesim, promoted by anti-aging marketers, is a prejudice that not only marginalizes our elders but cripples everyone — young and old alike.

To be published tomorrow, This Chair Rocks: A Manifesto Against Ageism questions nearly everything we (think we) know about aging.

Applewhite begins with language, and coins the term “olders” as an effective compromise between the oft-hated “seniors” and the more politically correct “older adults.”

But that’s only the start of a manifesto that is often brilliant and always provocative. In nine chapters that explore everything from health to economics and sex, she destroys nearly every misconception we hold about the aging process.

Far from dispensable, olders are in fact critical stewards and mentors in American society… 70% of America’s disposable income comes from those over 50… research dollars to find a “cure” for Alzheimer’s and other forms of dementia could best be used for prevention and caregiving… high medical costs are not solely the product of aging…. and olders continue to enjoy sex well into their 70’s and beyond.

Not only do marketers capitalize on our fear of aging with endless products and potions designed to “fight the aging process,” we have succumbed to their entreaties.

Think about it. Aren’t all aging denialists similar to the 1950’s black couple trying to “pass” for white? Or the gay men hiding in the closet pretending to be straight? Indeed, says Applewhite, our attitudes about aging betray a subtle ageism so deeply engrained in our culture we don’t even notice it: dyeing our hair or lying about our age on a personal ad.

“It assumes the younger ‘you’ has more value,” says Applewhite. “That’s the heart of ageism. You’re pretending to be someone you’re not.”

In our politically correct American society, we’re careful not to speak badly about people of color, the disabled, or the overweight. Yet as talk show host Bill Maher has also pointed out, ageism is the last acceptable American prejudice.

She says our view of aging is so impoverished we see it only in two extremes: the super active older, or the decrepit one. In popular media, the vast middle-ground is virtually ignored.

Throughout her manifesto, Applewhite encourages us to simply accept aging as a natural part of living. She doesn’t romanticize it nor bestow upon it profound insight or great wisdom. In fact, she says quite the opposite: that olders can be equally ignorant, racist and self-absorbed.

“The objective is to look at each person as an individual,” she says. “That’s tolerance. And the world needs more of that.”

Underpinning all of her arguments is a critical insight about interdependence — one that overturns the common misconception of the rugged American individual caught up in an “independence trap.”

“Everyone needs help their whole life long,” she says. “And it shouldn’t be more shameful to ask for help at the end as it was in the beginning.”

She also reveals the importance of what scientists call “cognitive reserve”: those who view the aging process in a positive light are most likely to enjoy better health and less cognitive decline as they age.

And this “cognitive reserve” is enhanced by staying engaged, learning new skills and thinking positively about the aging process.

She also frequently cites the little-known U-curve of happiness — that humans are actually happiest as children and olders.

She cites an English economist who says olders become driven “not predominantly by things that happen in life [but by] something very deep and quite human.”

“Ageism is still so unexamined,” says Applewhite. “We can’t win if we’re constantly measuring ourselves against our younger selves.”

Best of all, she adds, exploring aging with acceptance is beneficial on a variety of levels that include experience and empathy.

Applewhite says today’s olders are the best educated in the history of humankind.

“We need to tap into the extraordinary resource of older adults.”

Finally, she says that accepting the aging process is a powerful act of empathy. On a large scale, this is evidenced by programs such as Seattle’s Momentia which surrounds dementia patients inside a playful — and inclusive — sense of community.

On a more intimate note, Applewhite references the documentary I’ll Be Me about pop-country star Glen Campbell’s which chronicles his farewell tour as he deals with the symptoms of Alzheimer’s disease. When Campbell forgets the words to his hit song “Galveston” the audience jumps in admirably to complete the lyrics.

“That’s empathy,” says Applewhite. “It enables us to see people who are cognitively impaired not as diseased or victims but as fellow representatives of the human condition in all its diversity.”

Applewhite’s manifesto against ageism is the natural result of her blog Yo! Is This Ageist? which has explored the subtleties of ageism for nearly a decade.

Similarly, her last book Cutting Loose: Why Women Who End Their Marriages Do So Well explored the true lives of women post-divorce.

She dedicates her new book to aging pioneer Robert Butler, who in 1969 coined the term “ageism.”

“Almost half a century later, it’s barely made inroads into public consciousness, not to mention provoke outcry,” she writes.

This Chair Rocks: A Manifesto Against Ageism should do both.

From Feminism to Ageism: Ashton Applewhite Takes on The Last Prejudice