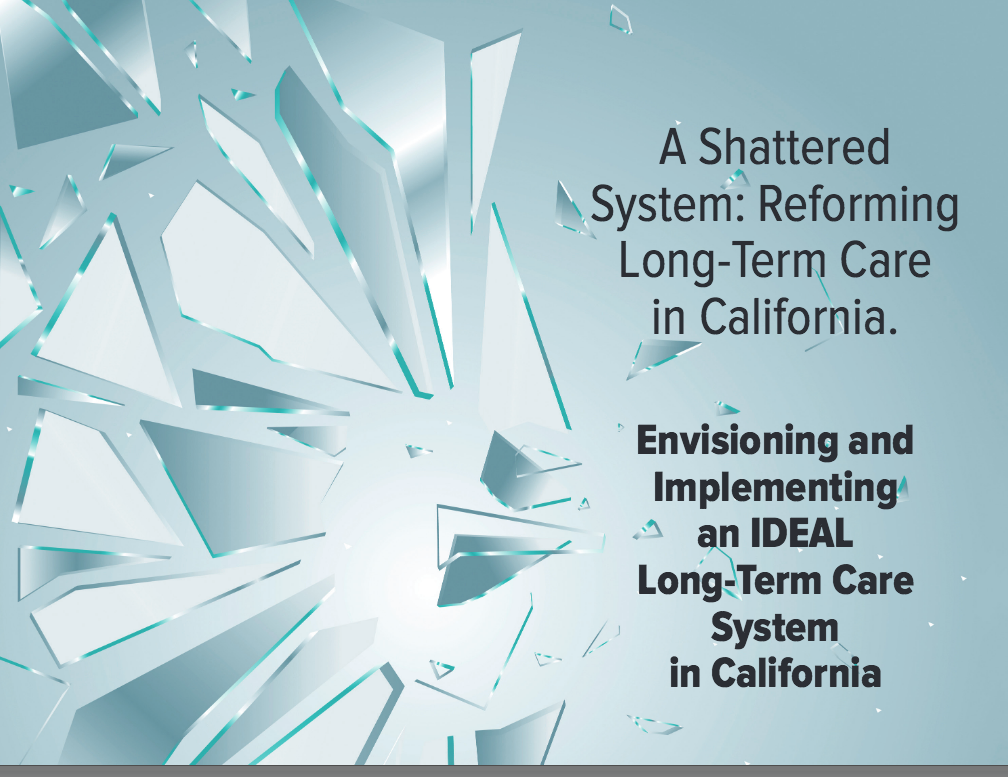 The 2010 documentary “Waiting for Superman” explores the failed American educational system, using Superman as the film’s central metaphor for the heroic measures needed to save a shattered school system.

This new year represents the one-year anniversary of a critical state aging report released last January by the Senate’s Select Committee on Aging and Long Term Care chaired by Sen. Carol Liu. Spearheaded by former legislator and long-time aging expert Patty Berg, A Shattered System documents the endless problems facing the state as the “silver tsunami” begins its tidal wave slam into California — one that anticipates a whopping 8.4 million older adults by 2030, or one in every five Californians.

What’s happened since the release of the report?

Superman has not arrived. In fact, one of the reports top recommendations for a state “Aging Czar” — the closest thing to a Superman — has gone largely ignored.

Although several of the report’s recommended bills have been passed into law, another equally critical task has largely failed: engaging the aging community in a focused effort to improve this fragmented system.

Interviews with insiders in the California aging world make clear several obstacles to change: turf wars, career suicide, money in politics, the Chairman of the Board and quantum physics.

Let’s talk frankly and explore why the system of care in California remains so fragmented, and – yes – shattered.

There is perhaps no more important suggestion in the report than a state Aging Czar — a powerful, independent visionary to focus the state’s discussion on aging and push critical issues intelligently.

The first duty of the czar would likely be to pursue another important suggestion in the report: reorganize state departments to consolidate all aging oversight under a single Department of Community Living.

A Czar would also weave together disparate groups — not to mention the divided aging and disability communities — to put self-interest on hold and pursue a greater state agenda.

But this won’t happen because of a fear of….

In her book “The Field” which details research in the edgy world of quantum physics, author Lynne McTaggart summarized the prevailing attitude in modern science about the outsiders who question accepted Newtonian laws.

“To be a revolutionary in science today is to flirt with professional suicide.”

This fear also explains why our aging system is largely the same as it was a year ago — not to mention a decade ago when Berg authored a similar aging report that was also largely ignored.

While aging advocates tend to be collaborative and conciliatory — an essential skill in a world where older adults often fight for resources with children — they rarely speak truth to power. Given the choice between remaining silent and speaking up on behalf of larger goals — and a true aging revolution — how many will jeopardize their positions?

“When there’s a greater vision at stake, I would argue that one cannot afford to have a sky-high approval rating,” writes Heather Lerner, a San Jose dynamo and zoo foundation director who spearheaded the creation of a local Senior Safari Walkabout. “The desire for universal approval undermines effectiveness.”

Which brings us to…

Rather than championing greater change, advocacy groups are focused on their own issues as seen through a narrow prism: adult day health care, Alzheimer’s disease, caregiver training, or long-term care financing.

This is nowhere more evident than on the California Collaborative for Long Term Supports and Services, which has dozens of members. These disparate individuals — each overseen by a board of directors — seem more interested in protecting their own turf than championing larger aging reform.

One of the major recommendations from A Shattered System is to consolidate all of California’s departments that touch on aging — there are six in all — into a single Department of Community Living within the state’s Health and Human Services Agency. A natural idea, it has received virtually no traction.

In other words, a system nearly impossible for consumers to navigate.

“States that have demonstrated successful LTC [long-term care] system transformation have typically based their reforms on a long-term vision and a strategic plan for LTC,” according to the report. Yet California remains “without an overall vision and plan for the future of LTC.”

The rule in politics: seniors vote… but they don’t fight.

Last month, Assemblyman Marc Levine revealed to a crowd of hundreds at the Bay Area Senior Policy Forum that more than 60% of his votes came from adults over 65.

Then, Assemblyman David Chiu reminded attendees of the legacy of aging advocates in the Capitol a quarter century ago.

“Senior lobbyists were omnipotent,” said Chiu. But no longer.

Over at the Capitol, politicians will say what they won’t reveal in public: California’s aging advocates are ineffectual. They lack political clout. While other well-heeled lobbyists arrive in their offices with a clear plan of attack, their aging counterparts lack the power and cohesiveness of an effective lobbying force.

Elsewhere, the California Senior Legislature was powerful 30 years ago but is now largely silent. AARP today focuses on national efforts rather than issues at the state level.

And while there are many committed organizations in aging, they are largely issue-driven and leery of political fights. The SCAN Foundation*, for example, spotlights the Coordinated Care Initiative, while advocacy organization LeadingAge California targets long-term care finance reform. Both organizations are largely non-confrontational.And like other non-profits, they are by necessity non-partisan and non-political, which can make a group a non-entity in a culture where a $5,000 campaign contribution can get you the ear of a legislator.

There are hundreds of committed aging professionals — many of them caring and passionate professionals. But too often they are stuck inside a broken, even corrupt system.

“Growing old is much like global warming,” I wrote in my first regular aging column here three years ago. “We are on the precipice of disaster and can either follow the visionaries who seek to redefine aging, or continue to treat and imprison our parents and grandparents – in their bodies and our facilities.”

“I encourage you to turn up the heat,” says Assemblyman Chiu.

Whatever the future of aging is in California, let’s hope Superman is part of it.

* The SCAN Foundation is a former sponsor of the California Health Report.