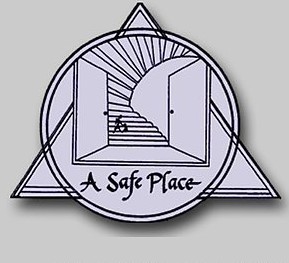 Although it happened eight years ago, Carolyn Russell clearly remembers the tragic murder of a female parishioner at Acts Full Gospel Church in Oakland. The 40-year-old woman was in the midst of a bitter divorce, when her estranged husband approached her in the church parking lot and shot and killed her. Sadly, the woman had obtained a restraining order against her former husband only three days before the shooting.

In the days that followed, the parishioners at Acts Full Gospel Church heard from grief counselors from A Safe Place, Oakland’s domestic violence shelter, as well as two women who had survived abusive relationships. Russell, executive director of A Safe Place, says she hopes to promote more domestic violence outreach in local churches as the result of a recent grant.

A Safe Place recently received a two-year, $180,000 grant that will be used to educate faith leaders in the African-American community and their congregations on how to recognize and counsel parishioners on domestic violence. The funding will also be used to bring in national leaders to share best practices for supporting survivors of domestic violence.

“We’ve learned that people in crisis tend to turn to their faith first,” Russell says. “Although we have always conducted outreach efforts with local churches, we now we want to take it a step further and train faith leaders on how to recognize signs of abuse, help with safety planning, and learn how to connect survivors with resources in their community.”

Once a program that only served women, A Safe Place now also serves male victims of domestic violence, as well as a children’s program and a teen violence prevention program.

“Cases of domestic violence affect the entire family,” says Russell who has spent over 30 years working to help domestic violence survivors. “Statistics show that over 50% of men who abuse their women also abuse their children, and that children who grow up in violent homes are more likely to develop alcohol and drug addictions and to become abusers themselves.”

Defining the role churches play in curbing domestic violence is an issue that extends far beyond the East Bay. A 2014 survey of Protestant pastors conducted by LifeWay research, in partnership with IMA World Health, found that nearly three-quarters of faith leaders (74%) underestimate the level of sexual and domestic violence experienced within their congregations.

While research from the Centers for Disease Control and Prevention (CDC) shows that one in three American women and one in four men will experience violence at the hand of their partner, the survey also found that only two-thirds (65%) of pastors spoke about domestic violence to their congregations. And when they did address the issue, 62% of pastors surveyed responded to domestic and sexual violence claims by providing couples or marriage counseling.

“Religion can either provide resources or roadblocks for victims of domestic violence,” Russell says. “I’ve met many clergy members that want to help abused women but they aren’t experts on domestic violence and are unsure how to help.”

To raise awareness, Russell plans to hold three all-day trainings for faith leaders over the next two years and to discuss some of the domestic violence initiatives other churches have implemented nationally.

While there are no formal domestic violence programs in place at East Bay churches, Russell cites clergy members, including Reverend Doctor Harold Mayberry of the First African Methodist Episcopal Church in Oakland, who are longtime supporters of A Safe Place, and who have incorporated the topic of domestic violence into their sermons.

“I think many churches are reluctant to acknowledge that domestic violence exists within their communities,” Mayberry says. “It’s my hope that the trainings Carolyn plans to offer will help ministers to address these issues and to develop support ministries within their congregations.”

While Mayberry has made referrals in the past to A Safe Place, he hopes the training will not only train faith leaders on how to be more proactive, but to also train members of their congregation on how to help domestic violence survivors.

“Rather than having families suffer in silence, I would hope we could all create a faith community where churchgoers feel comfortable sharing the seriousness of their situation,” Mayberry says. “And in turn, the church could provide a place of safety, support, guidance and resources.”

Russell has traveled the country to research how other congregations are addressing the issue of domestic violence and what they are doing to encourage clergy to begin talking about an issue some still consider taboo. She has seen firsthand how many churches are taking a proactive approach to addressing domestic violence.

The Greater Mt. Nebo African Methodist Episcopal Church in Bowie, Maryland, also offers a ministry that provides assistance to women who are survivors of domestic violence. The Naomi and Ruth Domestic Violence Ministry works to identify and address the physical, mental and spiritual needs of domestic violence survivors and helps women and their children escape violent situations permanently.

“We would love to see churches support families as a whole,” Russell says. “Often women are not willing to leave her abuser, and some church programs address this by teaching faith leaders how to confront abusers in a non-aggressive manner, acknowledge the abuse, and then refer the perpetrator to rehab services in the area and following up to ensure they are on the right path.

Note: The grant to A Safe Place was from the Blue Shield of California Foundation, which is also a financial supporter of The California Health Report.