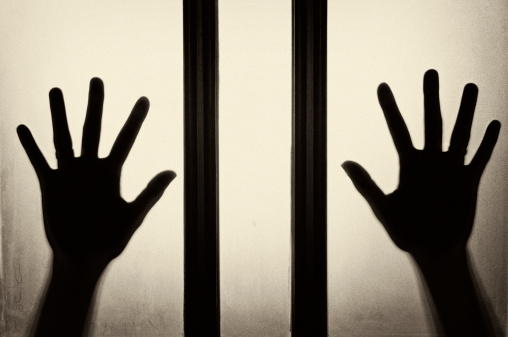 As the volunteer director for the Bay Area Youth Dance Team, Vanessa Scott was shocked when one of her 15-year-old students became ensnared in the web of human trafficking and was forced into prostitution.

Like many Bay Area residents, Scott was unaware that the San Francisco area ranks as one of the nation’s main hubs for human trafficking, a crime that includes sex trafficking, child labor, forced labor and domestic servitude. The Justice Department says pimps target both immigrants and American citizens, with girls as young as 12 frequently being exploited. Each year hundreds of thousands of U.S. citizens, legal residents and foreigners brought to the U.S. are at risk of being trafficked for commercial sexual exploitation, or forced labor each year, according to the Polaris Project, a Washington-based anti-trafficking group.

The FBI calls human trafficking the world’s fastest growing criminal enterprise. And while the practice has evolved in recent years with traffickers turning social media to recruit young girls; efforts have also increased to prevent exploitation, and to protect and assist survivors.

Five years ago, when Scott’s dance student was assaulted and forced into prostitution, she learned how prevalent trafficking is in California.

“I didn’t realize how the exploitation of children was so prolific here in the Bay Area,” Scott says. “You can visit a street such as International Boulevard in Oakland, and see girls who are clearly minors, working the streets in broad daylight, while people who live in the community simply skirt around them with their groceries.”

Although her dance student was ultimately rescued, Scott, herself a survivor of abuse, was compelled to take action to prevent trafficking and to help survivors recover from exploitation. In 2011, Scott launched the Dublin, Calif., non-profit, Love Never Fails, a volunteer-led organization that started with 75 volunteers and now has over 200.

“We know that children who suffer from abusive relationships early in life are at a higher risk of entering violent or exploitive relationships, “ Scott says. “These kids are vulnerable and this puts them at a high-risk for being exploited.”

Through her organization’s Don’t Hurt Program, Scott and her volunteers work to teach middle and high school students about healthy relationships, and the definition of love. By learning how to recognize abuse, Scott says the hope is that students will become empowered and won’t become victims of exploitation.

Scott is so committed to eradicating human trafficking that she maintains her non-profit while working full-time as a senior global business development manager for Cisco Systems. On weekends, she and other volunteers join off-duty law enforcement officials to walk the streets of Oakland conducting outreach missions. As part of her organization’s Project Look 4 Me effort, they pass out missing person flyers, organize searches for missing girls, and work to help victims get off the streets.

“With the help of local law enforcement, our organization has helped 43 women get off the streets over the past four years,” Scott says.

“Traffickers prey on kids who homeless or in foster homes, and those who are disconnected from family and friends,” Scott says. “They promise them food, warmth and even false love in order to lure them into labor or sexual exploitation.”

In order to successfully get victims of human trafficking off the streets, Scott says it’s imperative to build trust with the victims. Once a woman or girl is rescued, the challenge then becomes finding them transitional housing where they can receive medical attention for abuse, possible drug addiction, and a full range of mental health issues including post traumatic stress.

Yet while the need for these resources is great, the number of human trafficking survivors still outweighs the amount of transitional housing available.

Working Together to Provide Safety and Hope

Before Jaida Im launched her non-profit Freedom House in 2010, there were no shelters for human trafficking survivors in the Bay Area. For many years, the only option was possibly securing a bed at a shelter that served the homeless, victims of domestic violence or run-aways.

Unfortunately, these shelters rarely met the complex needs of trafficking survivors who in addition to requiring emergency care, also need services to help sustain them in the long-term such as medical care, life skills training, education and mental health counseling.

“Our goal is to restore dignity to these women, and to offer them hope and a new life,” Im says.

Since most survivors come to Freedom House with only the clothes on their back, Im says she and her volunteers assist women in obtaining food, clothing, housing and transportation, while also providing comprehensive case management services to address medical, psychological and legal needs.

Both Love Never Fails and Freedom House rely on grants, corporate funding and individual donations to keep their non-profits afloat, and they require a steady stream of volunteers to assist them in working with survivors. Professional volunteers such as doctors, dentists and cosmetic surgeons often donate their services to help survivors regain their self-esteem. In-kind donations such as personal hygiene items, quilts and gift cards, are also appreciated as the organizations work to help women to get their lives back on track.

“Women stay at Freedom House for an average of eight months,” Im says. “Almost all of them have PTSD and many have anxiety, anger and trust issues. We take a holistic approach in helping them to recover and embrace the future.”

Over the past five years, Freedom House has helped over 250 survivors of human trafficking through both in-person and phone counseling.

“When women first come into our program they are severely traumatized,” Im says. “Once they are ready to take the next step, we work with them to meet their goals, whether that’s reuniting with their family, finishing their education, or finding a job and becoming self-sufficient.”

Both Scott and Im work closely with local law enforcement agencies and non-profits including the Bay Area Anti-Trafficking Coalition (BAATC), a San Francisco-based volunteer organization dedicated to eradicating trafficking in the Bay Area. In addition to sex trafficking, BAATC works to raise awareness of labor trafficking that includes forced labor and child labor. Labor traffickers use violence, threats and other forms of coercion to force people to work against their will in many industries. This can include forcing people to work as domestic servants, or factory workers who reside in inhumane conditions and make little if any, money.

“Our goal is to educate individuals and groups throughout the Bay Area on the best practices to fight human trafficking,” says Brian Wo, co-founder and director of partnerships for BAATC. “There are over 50 non-profits in the Bay Area who are fighting human trafficking, and we also strive to bring these groups together to join forces.”

For the past four years, BAATC has sponsored the Freedom Summit, the largest anti-trafficking gathering in the United States, featuring anti-trafficking organizations, speakers, breakout sessions and experts in the field.

Woo says some of the signs that could indicate someone is a trafficking victim include seeing someone under the age of 18 who is working in prostitution, who live with an employer, who reside in poor living conditions, exhibit signs of physical abuse and seem submissive or fearful. (To request help or report human trafficking, the public can call the National Human Trafficking Resource Hotline at 1-888-373-7888).

Wo says BAATC encourages Bay Area residents to take action against trafficking by following the 10/10/10 philosophy.

“Human trafficking is such a big issue that it can seem paralyzing, so we ask people to consider what they can do in 10 minutes, 10 days and 10 months to fight trafficking,” Wo says. “After reflecting on their idea, maybe it’s to volunteer, or to plan a fundraising event, we ask them to share their idea with BAATC since we believe that many of the best ideas to fight trafficking haven’t yet been discovered.”