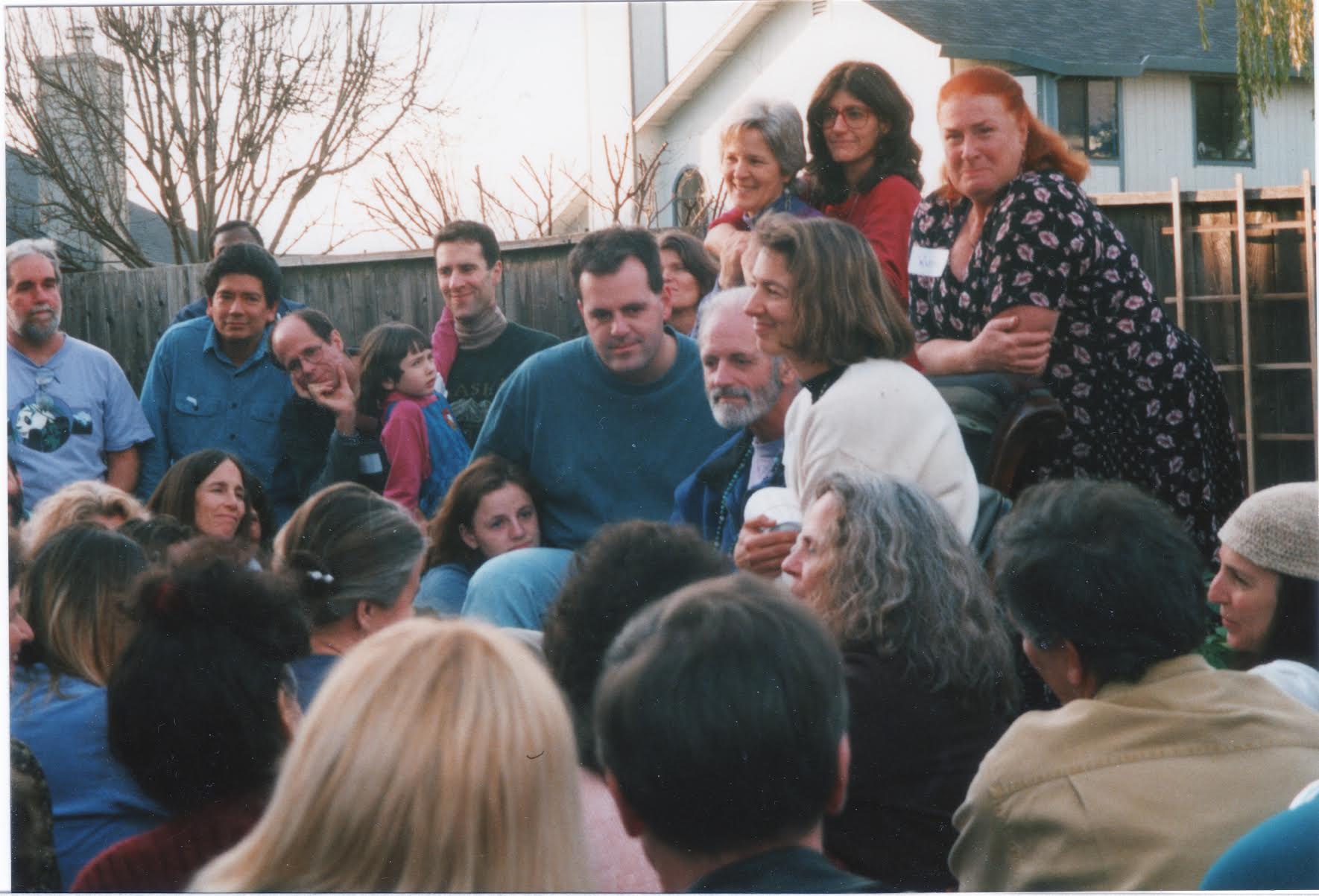 Every day in America, mourners gather for solemn events to remember the lives of dear, departed loved ones at a funeral or memorial service.

But for those exploring “conscious dying,” sometimes the loved one is still alive.

The nascent trend in “living funerals” is part of a growing movement in death midwives who shepherd the living through the dying process.

While other countries – most dramatically India, where bodies are burned at the edge of the Ganges River – are more connected to the dying process, Americans are notoriously terrified of death, or even discussing it.

Death midwives such as Olivia Bareham of Sacred Crossings in Los Angeles are slowly changing this.

Bareham is one of a handful nationally of death midwives – also called death doulas – who help the dying during their transition process, counseling them on issues both spiritual and practical.

“We help them produce their own ‘living funeral’ – where they themselves attend and hear all the lovely things their friends and family say about them,” says Bareham. “We help them heal relationships, confront and integrate fears and concerns about dying, work on forgiveness of self and others, write a life review, film or record their ethical will, give away or sell their belongings (and) complete their Advance Death Care Directive.”

Richard Wood, who passed away in October at 80, built an intimate bond with Bareham during her death midwifery process.

“It was more than a professional relationship,” says Rina Daly Goode, who sheltered Wood for five years before his death. “It ended up being an emotional attachment between them.”

Wood chose a living funeral, and together he and Bareham crafted a ceremony that included designing the cardboard casket, singing sacred songs, and sharing remembrances.

It’s very powerful for the community to come together,” says Daly Goode.

Beyond the ceremony itself, Daly Goode says the practical issues of Wood’s death were overwhelming: finances, healthcare, even mundane tasks like computer passwords. And Bareham was there for all of it.

While living funerals and death midwifery are still relatively rare around the country, traditional home funerals already have an established history.

Today, the National Home Funeral Alliance headquartered in Everett, Washington, has over 440 members.

California’s pioneer in this field is Jerrigrace Lyons whose Sebastopol-based Institute of Conscious Dying in 1995 became the first non-profit organization in the country to inform people about their rights to care for their own dead.

Lyons says living funerals – she prefers to call them “healing gatherings” – offer a profound opportunity to change the dynamic of death.

“It’s much more about expressing your love and the ways in which this person touched your life,” says Lyons.” Most of us don’t hear those words expressed to us while we’re alive, all those things people say about us when we’re gone, all of these wonderful attributes or contributions or gifts this person had.”

Lyons has trained 800 students – including Bareham – on the intricacies of home funerals, and has shepherded 400 families through the process.

At home, Connolly described Bareham’s work to husband Dino, who was dying of leukemia. A Jungian therapist, Dino was familiar with the importance of exploring dark corners of the psyche, and was immediately receptive to working with her.

In private, the two met frequently to discuss the conscious dying process. Bareham explored any unresolved issues he might have about his life.
Dino phoned friends to say goodbye. Together, they planned his home funeral – the celebration that would take place after his death.

“He was very excited about it,” says Connolly. “He said there was a part of him that was looking forward to dying because he was tired of his body.”

On the night he died, Bareham arrived to comfort them both.

“She laid there on the bed beside him with me,” says Connolly. “She calmed me down when it was clear that he was close to taking his last breath.”

“Some people say dying is easy,” says Trapasso. “But in the United States it’s not.”

As a child growing up in England, Bareham was both intrigued and moved by the dying process, considering it a sacred event.

“To me it was so exquisitely beautiful, peace beyond peace,” she asks. “What if we lived knowing that our final transition is so much more beautiful than we imagined?”

Her grandmother’s death was followed by a glorious home funeral that welcomed friends and family in a community celebration of acceptance and love.

By contrast, the aftermath of her mother’s death was traumatic.

Two funeral parlor professionals arrived, telling Bareham and her sister to leave the room where her mother’s body lay. Bareham heard only the body bag zipper and snickers from the two men.

“It was so horrible,” she recalls. “And it was so beautiful until then. It changed everything, like a steel door was shut and my heart was fractured.”

Bareham had learned a poignant lesson about death.

Comparing death midwifery to birth midwives, Bareham says most people have a sense of when the end is near – typically nine months beforehand.

“If we honor that inkling and take those nine months to ‘cruise out’ it can be like the birthing process,” says Bareham, who calls the transition “incredibly sublime,” even “orgasmic.”

Sometimes, the process is even longer.

“This can start months, even years before the person dies,” says Bareham. “I had two people last year who I visited every week for over a year.”

Besides working as a death midwife, Bareham performs both living and home funerals. She also offers training in “The Art of Death Midwifery” – Daly Goode is a student – and her Los Angeles graduates help Bareham throughout the city’s vast geographies.

Bareham is one of only a handful nationally to launch a large-scale business in death midwifery and home and living funerals.

“It goes much beyond a business,” says Daly Goode, praising Bareham for her “amazing heart.”

‘There’s no way I could have done this without Olivia,” agrees Connolly. “The real deal came when Dino was going to die in a couple of days.”

“Seeing a person make a peaceful, conscious transition and inspire those left behind with how beautiful this can be is a gift beyond compare,” says Bareham. “People are awaking to the wonders of the final transition.”