Dementia, The Greatest Generation, and a Ray of Sunshine 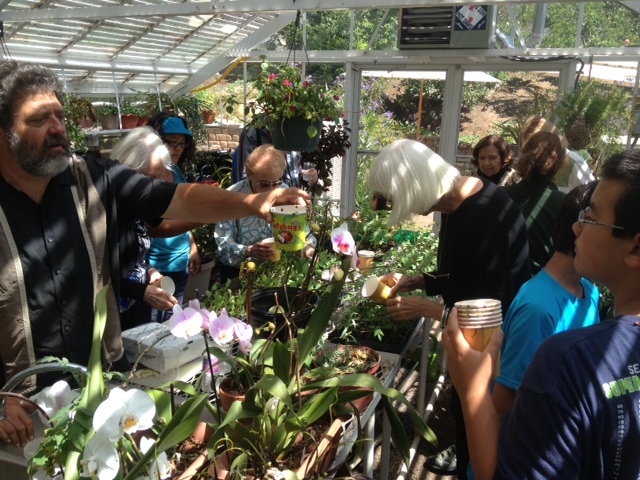 As Sunshine’s original 10-bed 1990 facility expanded into today’s immaculate seven-building site in the hills of homespun Poway – San Diego County’s “City in the Country” – the residents’ natural cognitive decline spawned one of the state’s few facilities devoted to patients with dementia.

Since Sunshine became an “all memory care” facility licensed for dementia residents a decade ago, staffers like community relations manager Lisa Lipsey have become experts on living and coping with dementia.

Lipsey says caring for dementia residents takes special skills – most of all patience.

“The best advice I can give,” she says, “is slow down and be at their pace.”

“In the dementia world, smaller is always better,” she says. “A warm, friendly smile goes a long way with this population.”

About half of all older adults will reach their 85th birthday with some level of dementia.

Running through Sunshine’s abundant activity schedule is a focus on high-quality, personalized, and compassionate care.

Michelle Erickson volunteers at Sunshine Care three days a week while visiting her mother. Erickson knows the personal histories of each of the residents in her mom’s building, including favorite foods, music and activities.

On a gorgeous spring day she buzzes around ten residents bent over paintings on an outdoor patio during the morning ‘s “Memories in the Making” art class. In the past, these works have been auctioned off by the San Diego chapter of the Alzheimer’s Association.

“The thing I like about Sunshine Care is that they have things going on in two of three locations at the same time,” says Erickson. “That’s impressive.”

“They’re not stuck in their rooms,” says Madeline Mason, whose husband and former Manhattan Project scientist William is a Sunshine resident. “They keep their minds stimulated. And the people here are very caring. They’re really wonderful. I think it’s about the best place in San Diego.”

As a handful of residents and neighboring children plant seeds for Persian cucumbers, zucchini, and squash, they chomp on peanut butter and apples prepared by Sunshine staff. Later, in the greenhouse, they release lady bugs who will consume pesky aphids.

About 60% of the produce consumed at Sunshine comes from its own organic gardens.

Many of them reared in farming communities, nearly half of Sunshine’s residents participate in the gardening program, transported up the Green Mountains via golf cart or van.

Twice a month, Sunshine hosts its “Seed to Table” program where children – typically pre-schoolers or home-schooled kids – garden for an hour before moving to the greenhouse where they join elder residents.

Local mother Tracy Price brings her two kids to the gardens on a regular basis.

In December, residents joined local kindergartners to make care packages for the homeless. In February they made Valentine’s Day cards with local third graders for veterans. In the spring they joined Girl Scouts to make blankets for the local Children’s Hospital.

During Sunshine’s expansion from Escondido to Poway, CEO Stelletello and his two business partners consulted with Uriel Cohen – an architect and gerontologist with a deep interest in aging. Cohen designed buildings that were not only spacious and homey, but customized for dementia residents. Room doorways, for example, feature unique frames to help residents come “home.”

Breakfast is made in each of its seven buildings, with lunch and dinner cooked fresh in a central kitchen.

“Because of the uniqueness of this place, it doesn’t take much of a sales pitch,” says Lipsey.

Sunshine’s latest 24-bed expansion in 2010 will likely be its last, says executive director Michelle Andreasen. With occupancy typically over 90% of its 86 beds, she says the logistics of Sunshine’s seven buildings can be daunting.

“We wanted to create an environment that felt like home and family,” says Stelletello. “And now with the smaller houses, gardens, greenhouse and flowers, home-cooked meals, personalized caregiving and intergenerational programming, I think we have done that.”

Dementia, The Greatest Generation, and a Ray of Sunshine