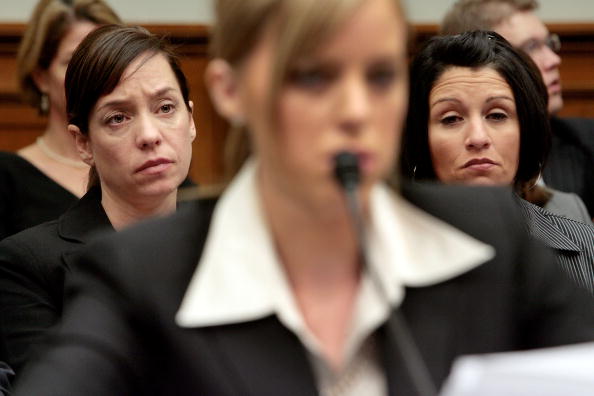 After years of experience on the stand as an advocate for victims of sexual assault, Kasey Halcón knows first-hand how emotionally disturbing it is for victims of rape, child molestation and other types of sex crimes to testify in the courtroom.

“Having to get up in front of people you don’t know and talk about the worst chapter of your life is incredibly re-traumatizing,” says Halcón, who is currently the director of the Victim Witness Assistance Program in Santa Clara County.

Victims of sexual assault not only must testify in a courtroom in order to convict their attacker—under current law, they must also petition a judge and testify in a separate trial to request a restraining order against their attacker while the court case is pending.

Assembly Bill 1498, introduced by Assembly Speaker pro Tem Nora Campos (D-San Jose) and now being considered by the Assembly, would give judges the ability to grant criminal protective orders to victims of sex crimes without requiring a victim’s testimony.

“Victims of sex crimes should not have to basically relive their assault by being required to initiate a restraining order request and testify against their assailant,” Campos says. “The current process puts a burden on the victim. I want to remove that burden.”

This protection has already been in place for victims of domestic violence for decades. While prosecuting cases of domestic violence in Ventura County, Deputy District Attorney Brent Nibecker was used to obtaining routine criminal protective orders to protect victims from harm, threats or dissuasion during the pendency of their trial. So, when he started prosecuting sexual assault cases, he says, “I was shocked to find that rape and child molestation victims didn’t get the same protection that domestic violence victims get.”

Nibecker says that when sexual assault victims request a criminal protective order, he usually has to explain that they can only get a civil restraining order.

The victim must file his or her own paperwork and serve the papers to the attacker. Afterwards, the victim will likely have to testify in court, where he or she will possibly be cross-examined by the attacker (or the attacker’s lawyer).

“When they have to go to court, they are really victimized over and over again,” says Nibecker.

Under current law, the only way to obtain a criminal protective order in a sexual assault case is for a victim to demonstrate “good cause,” which requires proof that the assailant harmed the victim a second time, or tried to harm, intimidate or dissuade the victim. This means the victim will have to testify in a separate trial, and demonstrate to the judge that he or she has justification to fear the assailant for reasons beyond the initial attack.

“The initial victimization is enough to make the victim feel afraid,” says Halcón, adding that, in addition, the assailant is often present during the testimony. “To admit to your attacker that you are afraid of him, that you are scared, is humiliating – especially in front of a courtroom after you’ve just survived a sexual assault.”

After coming across this roadblock time after time, it became clear to Nibecker that something had to be done to change the law. So he wrote the legislation proposal for AB 1498 and submitted it to the California District Attorney’s Association, who then sponsored the bill.

“We’ve done a lot in this state to increase the penalties for people who commit sex crimes against women and children,” says Nibecker. But, he adds, “as far as protecting victims when they’re going through the court process—we still have a lot to do.”

“This law is a common-sense law,” says Halcón. “It closes a gap that should have been taken care of a long time ago. Victims of sexual assault deserve the same rights and protection as those that are given to victims of domestic violence. They deserve the right to a protective order as quickly as possible … and in a way that is sensitive to the trauma they’ve just experienced.”