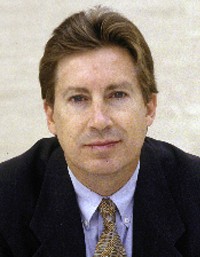 The roof on your house is leaking badly.

But rather than one enormous gush of water, you have 36 small leaks, all of which must be plugged to save your home from destruction.

As director of UCLA’s Mary S. Easton Center for Alzheimer’s Research, Bredesen asserts that 243 out of 244 clinical drug trials targeting Alzheimer’s have failed over the past decade, with just one drug – Namenda – offering only minimal benefits.

In other words, there’s no magic bullet – or pill – to combat the most common form of dementia that affects over five million Americans.

Instead, Bredesen says, Alzheimer’s may actually result from a combination of complex chronic imbalances that can be managed in harmony to prevent – and even reverse – the disease.

After 25 years of exploring neurodegenerative diseases like Alzheimer’s, Bredesen and his colleagues have identified 36 distinct mechanisms that can contribute to the disease. As a shape-shifting set of interrelated metabolic events – what he calls a “plasticity network” – Bredesen’s approach invokes wisdom from across the globe.

“Eastern medicine thousands of years ago identified this need,” says Bredesen. “They didn’t call it a network, but the need for a comprehensive approach and a need for lifelong balance and union.”

In other words, patch all 36 biological holes simultaneously.

Yet Bredesen’s theory does more than just identify these mechanisms.

“The exciting part is that it tells you what to do about it.”

Bredesen closely guards the precise pieces of his protocol in this high-stakes world of medical research. They will all be revealed, he says, once he secures a large clinical trial to test the protocol. Yet it’s clearly a sprawling method that is customized for each patient while blending eastern and western approaches. These include diet, exercise, brain fitness, social connections, stress reduction, lifelong learning, even creating a fulfilling life, among others.

And while many of these elements have been linked to Alzheimer’s before, Bredesen’s protocol employs them in new ways.

While diet is important, for example, it’s not simply a matter of eating well.  Equally important are when you eat, how much you eat, and the time span between meals.

“All of these things are critical.”

And so, like fixing a leaky roof, treatment isn’t simple; the holes are different sizes for each patient.

“You have to keep patching one hole after another,” says Bredesen. “Eventually you get to a threshold where everything starts working again.”

All of these risk factors affect the body’s complex metabolism, so the entire failing network has to be “addressed by a complicated series of metabolic interventions,” he says.

In other words, Alzheimer’s treatment as integrative, holistic health.

“The basic mechanics fit beautifully with the Eastern method.”

After patching all of the holes, Bredesen hopes for a surprising synchronicity: Those once-failed Alzheimer’s drugs may actually begin to work. And so his protocol could eventually prove a bridge between western drug treatment and eastern medicine’s focus on balance and harmony.

“There is no interest in an integrative approach from the drug companies… yet.”

Most important, Bredesen has seen success with the method.

One patient suffered from such severe memory decline she had to leave her white-collar job. She got lost on the freeway, forgot material she’d just read, and called her pets the wrong names. She couldn’t find light switches she’d flipped thousands of times before.

After watching her mother suffer from dementia, she was terrified of a similar fate. Yet her doctor said there was nothing he could do to stop progression of the disease.

In despair, she even contemplated suicide.

Three months after starting Bredesen’s comprehensive protocol, she was back at work.

While he quickly cautions that his results so far are anecdotal and limited in number, he is clearly optimistic.

“We are now seeing the first patients with very clear and marked improvements, and that is exciting.”

In fact, these results are the main reason he moved to UCLA from the Buck Institute for Research on Aging in Novato, where he became its first president and CEO in 1998 – so he and his colleagues could conduct an extensive clinical trial.

“When you’re running and doing your yoga and meditating you’re doing some of the parts of the Eastern half,” he says. But then he rattles off a series of medical terms, a reminder that what he calls the Western, “mechanistic half” is still a crucial part of the equation: “Get your homocysteine checked, and your CRP, and your A/G ratio, and your hemoglobin A1c, and your fasting insulin, and your calcidiol, and cortisol, and the multiple other components that impact the critical balance we all need for functional plasticity.”

Alzheimer’s researchers have long battled over the real cause of the disease, most falling into two distinct camps focused on proteins in the brain: one a plaque buildup, the other a web of tangles.

Yet in March, when a packed conference hall at a San Diego aging conference heard the latest research on Alzheimer’s, they saw just how contradictory the results were – and how limited the scientific approaches.

“Everybody is looking at their own corner, and saying ‘I like this corner,’” he says.

Bredesen says it’s now time to meld east and west – an approach he admits will be controversial to medical journals, Alzheimer’s colleagues, and the FDA.

“Anybody who tries to say anything different is going to be smacked down.”