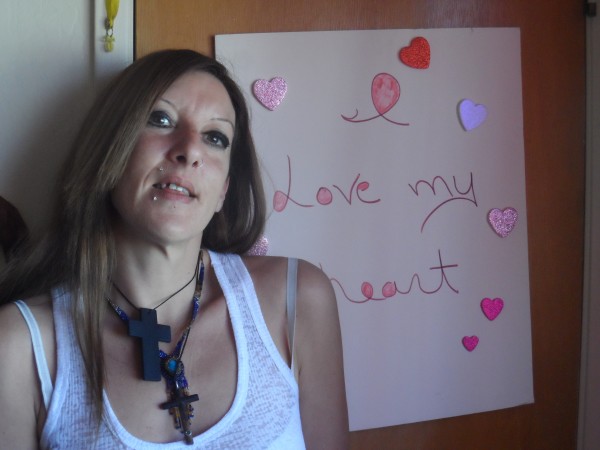 Cholena Loewenthal remembers a great childhood: success in school, lots of friends, a supportive family. But she knew something wasn’t quite right with her. She was unable to complete tasks and had difficultly focusing. Shopping was a compulsion for her. She had to buy things regardless of her financial ability. At age 18, she read a pamphlet about bipolar disease and knew she had the illness.

But she didn’t get a medical diagnosis until she was 28. Before she was diagnosed she suffered a decade with bipolar and schizoaffective disorders. During those 10 years, she served multiple jail sentences, struggled with drug addiction and endured three years of homelessness.

“Being bi-polar is a lot like being a speed addict,” she said, describing herself as an extremist.

CNC provides treatment and a therapeutic court instead of punishment in a criminal court setting, said Lynn Maddock, behavioral health manager for Monterey County’s Forensic Team. A team including the superior court, probation, the sheriff’s office, the department of behavioral health, the district attorney and the public defender work together to get mentally ill people with lower-level offenses out of jail and into treatment.

“The goal is to help our clients see themselves as people with [mental health] issues that can be treated rather than identifying themselves as criminals,” Maddock said.

The California Administrative Office of the Courts reported that in jails nationwide, 15 percent of male inmates and 31 percent of female inmates have a serious mental illness like schizophrenia, bipolar disorder or other severe forms of depression. “The Los Angeles County jail,” the report notes, “is often cited as housing more people with mental illness than the largest psychiatric treatment facilities in the country.”

Twenty-four California counties have created a total of 32 mental health courts for adults and juveniles to address the problem.

In Monterey County, candidates for CNC can be identified and referred for assessment by the judge, the public defender, or the D.A., Maddock said.

If they are determined to have a qualifying diagnosis of schizophrenia, bipolar disorder or schizoaffective disorder, then the probation department does an assessment to determine if the person is suitable, ready and willing to participate in CNC. The defendant is then given the option of going to mental health court.

The program is voluntary, but it requires participants to agree to three years of probation and work closely with a therapeutic team to manage their medications and psychiatric and physical health needs, Maddock said.

Clients live in a variety of settings, from board and care homes with a lot of help and supervision to living independently, Maddock said. And the court oversees the progress of clients, who report regularly to the judge.

The program doesn’t work for everyone. Too many missed drug tests, or dirty tests, or not complying with the program can land people back in jail.

The San Francisco County Superior Court reports that when compared to other mentally ill inmates, those who participate in their Behavioral Health Court are 26 percent less likely to commit a new criminal charge in the 18 months after entering the program. And their participation decreases the risk of a violent criminal charge by 55 percent.

Many counties used state funding to start programs like mental health courts and have struggled to keep them afloat since grants to help mentally ill offenders were eliminated by the state in 2008.

Santa Clara County started one of the first mental health treatment courts in the nation in 1998. Judge Stephen Manley was presiding over the county’s drug treatment court, where, at the time, low-level offenders who tended to be jailed frequently and had significant substance abuse problems got out of jail and into substance abuse treatment. Probation officers were telling him that some of the participants couldn’t keep up with the others and appeared to be mentally ill.

“I felt this wasn’t right, we shouldn’t be denying access (to treatment) to people.” Manley said.

Very often mentally ill offenders are also substance abusers, he said. They use methamphetamine, marijuana and other drugs to put their minds in another place since prescribed medications take time to work, have side effects and don’t necessarily stop the voices, he said.

“I think people don’t know what to do with them, and they err on the side of public safety,” he said.

Now even offenders who have committed some serious crimes are allowed to participate in Santa Clara’s mental health treatment court if they are deemed eligible and do not pose a public health risk.

Stabilizing people in treatment is much better for public safety than 90 days of jail time, said Jim Mahar, collaborative court coordinator for the four mental health courts in Orange County.

“They’re getting out anyway and they’re coming back to your community clearly psychotic, not taking their meds and taking narcotics,” he said.

At the beginning of every court session Manley gives the courtroom full of clients a pep talk.

“This is a program about hope; it’s all about treatment. What you need to be working on is staying out of jail, which is not easy,” Manley said. “You can do this if you never give up.”

The District attorney sits next to Manley, substance abuse and mental health professionals sit across from him at the ready to give treatment referrals. There’s even an urgent care doctor down the hall.

“If you don’t treat people right away they will continue to be in crisis and our only remedy is to put them in jail,” Manley said. “You’ve got to put treatment in the court room.”

One Thursday morning Manley saw 20 clients in court. Most of them reported progress such as getting good reports from their residential facilities, doing community volunteer work, improving relationships with their families, getting restraining orders lifted, and landing jobs.  A few returned to jail. One man who, missed 15 drug tests, was taken away in handcuffs.

But most appeared upbeat, hopeful and proud of their accomplishments. And Manley was quick to recognize their hard work and suggest new goals. And everyone, regardless of their progress or lack thereof got applause from the entire courtroom. Manley requests it.  One man expressed his gratitude after reporting success with treatment and medications.

“I wanted to thank you your honor,” he said. “My father has two months to live and I’m spending time with him right now.”

“You’re changing your life and you’re there for your father when he needs you,” Manley replied. Then he ordered some grief counseling for the client.

Not only are the courts changing lives and improving public safety, they’re also saving money. In its 2013 annual report the Orange County Superior Court of California Collaborative Courts reported savings of $7.4 million in jail and prison costs since the county’s first mental health court started in 2002. And of the 214 total graduates from the program since 2002, 29 percent have been rearrested.

Loewenthal said the classes through Creating New Choices kept her on her toes six days a week and were designed with compassion. Now 38 years old, she’s been clean and sober for three and half years, has been off probation for two years, has reconnected with her family and found a boyfriend she considers her soul mate. Loewenthal lives in a board and care home in Salinas which provides a room, and staff to do the cooking, cleaning and medication disbursement for residents with mental health issues, mostly schizophrenia.

Although she’s contemplating moving out with her boyfriend in about a year, she said for now it’s good to be with people facing the same struggles she does.

“We’re all weird in our own ways,” Loewenthal said.