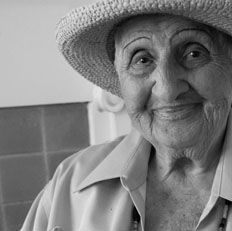 When Juanita Greenwood’s son and daughter-in-law asked her to help raise their new baby boy, Greenwood happily moved out of her affordable Arizona apartment into their spacious California home. Little did Greenwood know that 19 months later – at age 66 – she’d be scrambling to find another place to live.

“All of a sudden it was like ‘You need to move,’” recalls Greenwood.

Escalating tensions between Greenwood and her daughter-in-law – stressed with her first child and a 90-minute 4 a.m. commute – meant the cash-strapped Greenwood needed to find a cheap housing alternative. And fast.

Greenwood nets just $900 a month in Social Security, and with several bills –
like a supplemental health insurance policy for a bad heart – she was struggling.

Greenwood researched subsidized public housing, but wait lists ranged from two years to over a decade.

Then salvation arrived. It was called home sharing.

A year ago, Greenwood contacted Affordable Living for the Aging (ALA), which services Los Angeles county. ALA placed her with Naomi Axelrod, 90, a homeowner in Los Angeles’ Miracle Mile neighborhood, who spends most of her time in a wheelchair. Together, the two walk up and down the driveway and watch TV at night. Greenwood does light household chores and occasionally shops.

The arrangement is a relief for Axelrod who suffered through a series of expensive in-home caregivers who bossed her around her own home – four in a single month.

“You’ll have lunch when I’m ready!” one boldly told her. “You just sit there!”

As the state’s aging demographic collides with dwindling retirement savings, home shares may herald a bright new future in affordable senior housing – an Airbnb for the elder set.

“We talk a lot about Airbnb because it’s a peer-to-peer model and based on a share economy,” says Rachel Caraviello, vice president of programs and services for ALA.

The potential for more home shares in just the Los Angeles area alone is astounding.

There are nearly two million unoccupied bedrooms in Los Angeles county – a whopping 400,000 housing units have only a single inhabitant, according to the University of Minnesota Population Center Database.

At the same time, in 2011 nearly a third of Californians were considered “severely rent burdened” with at least half of their monthly income going towards rent.

After Dottie Ontiveros’ husband died in 2005, she lived alone in the same three-bedroom West Los Angeles ranch-style home she’d inhabited since 1953. The years after his death brought isolation, loneliness and depression.

“I was worried about her because she was beginning to fall down,” says daughter Elaine Halbert, citing four accidents in a single year, one that severely bruised her mother’s entire face.

When matched last September, Ontiveros at 91 needed help around the house – cleaning, vacuuming, taking out the trash — “but the biggest thing was taking my mom to doctor’s appointments,” says Habert, who lives 45 minutes away.

“My favorite part is that I’m not responsible for a house,” says Peggy, 64. “I just come and go and this is my room. And the rent is good.”

Caraviello says matches like these are beneficial to everyone: “People can help (other) people at a low level before they need assisted living or skilled nursing.”

Paired roommates sign a five-page Living Together Agreement that outlines expectations for both sides – housework, visitors, privacy, bills and other concerns – including conflict resolution.

About two-thirds of ALA’s home shares are simple renters who pay about $600 monthly – a bargain in L.A. The other third are “service exchanges” for companionship, housework, or errands. Rents average $300.

Since 2007 when the organization began to closely monitor data, ALA has fostered 226 matches, 162 of them still active at the end of last year. Caraviello admits outreach is their biggest challenge. Today, its database lists 20 homes with available rooms, and over 100 renters seeking a place to live.

“We’ve got many more people looking for housing than offering it,” she says.

“I can’t go in or out of the house without explaining where I’m going, or what I’m doing,” sighs Greenwood. “Sometimes it’s hard to relax.”

And while ALA insists that older adults be healthy enough to live independently, Peggy says the promised one or two monthly physical therapy appointments for Ontiveros has now stretched to six. She also helps with exercises at home.

“It’s not a lot, but it’s more than I anticipated,” she says.

Yet as the “silver tsunami” roars full-speed into California’s future, creative alternative housing models like home sharing are desperately needed.