Parolees, Corrections to Benefit from ACA 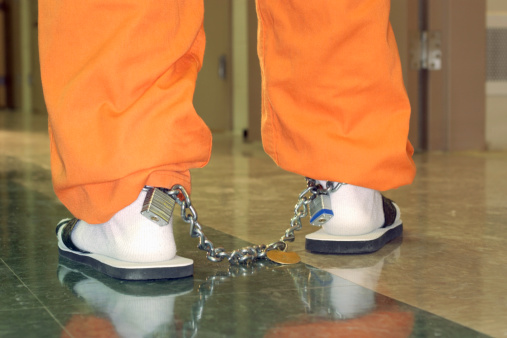 Recent parolees, a population in dire in need of improved medical care, could be among those poised to benefit most from the Affordable Care Act come Jan. 1.

The full implications of how the law will affect this population are still hazy, as officials across all fields of corrections prepare for the changes.

It is clear, however, that parolees are among those with a high rate of health concerns and are likely to fall into the categories qualifying for assistance under the new law.

Roughly 1,000 inmates are released from California prisons each month. Many return to their communities and struggle to access health care or coverage for it.

Meanwhile, the prison population has some of the highest rates of severe illnesses, such as HIV, hepatitis, hypertension, mental illness and addiction.

Those who work with parolees hail the ACA as a near panacea for this population, with promises of improved treatment, cost savings and reduced recidivism in cases where addiction and mental illness are the fuel behind such crimes.

Yet the most optimistic say that time will be the true test of how the new law will affect the nearly 50,000 parolees in California.

The prison system is responsible for the health care of inmates within prison walls. Once they are released, however, parolees must seek their own care.

The first two weeks after release are a crucial time for parolees, said Shira Shavit, the director of the Transitions Clinic program in San Francisco, a health clinic for recently released inmates.

Those who return home are 12 times more likely to die within the first two weeks of release due to drug overdose, suicide, homicide and cardiovascular disease – most of which are health issues, she said.

The clinic found that about 70 percent of its clients don’t have insurance, and of the insured, 10 percent to 13 percent qualify for Medicaid.

The ACA will help shift that balance, Shavit said.

“This is just a huge opportunity to provide health coverage for our clients,” she said.

Others will soon be eligible for assisted coverage of their own.

Because ACA is income-based, most newly released inmates will likely fall into the zero income category and qualify for expanded Medi-Cal, California’s Medicaid system, said James Scullary, a spokesman for Covered California, the state’s insurance exchange.

Should recent parolees come home to a job, they may qualify for some level of premium assistance under Covered California, depending on their income, he said.

Medi-Cal was previously reserved predominantly for the low-income people with children under the age of 18, those over the age of 65, pregnant woman and the disabled. ACA has allowed for the expansion of those benefits to single adults whose income is under 138 percent of the federal poverty level, or less than $15,856 annually.

The expansion will also provide coverage for a broader array of mental health and addiction disorders.

Approval from the time of application takes two weeks, so if inmates can apply while still incarcerated, that could help ensure they have immediate coverage upon release, Scullary said.

The federal government is covering 100 percent of the cost of expansion through 2016, when it will taper its reimbursements until they reach 90 percent in 2020. Federal dollars will also cover the cost of off-site health care treatment for people in prison.

About two thirds of the prison population reported a drug abuse or dependence problem, according to a 2009 report by the RAND Corporation, a research and analysis nonprofit. Half reported a mental health issue.

Tuberculosis rates are four times higher among the prison population than the general population, according to RAND. The prevalence of Hepatitis C and HIV is about 9 to 10 times greater, the research found.

As the population ages, chronic conditions that may have received only intermittent care, such as hypertension and asthma, worsen among the incarcerated, the report says.

Released inmates take those conditions home with them when they are paroled, RAND pointed out.

In 2011, health care within the prison system suffered as the population of inmates climbed to nearly double of the system’s designed capacity.

In response to two long-standing class action law suits, the U.S. Supreme Court declared the state’s care of inmates unconstitutional and turned prisoner healthcare over to a federal receiver. A three-judge panel was convened and ordered California to reduce its population to 137.5 percent of design capacity.

The state had whittled the population down to 7,500 short of that goal by the end of last month and was granted another extension on its deadline, said Jeffery Callison, press secretary at the California Department of Corrections and Rehabilitation. It now has until February to finalize a plan.

CDCR has already signed contracts with private institutions to lease about 3,500 beds, Callison said. The state has no intention of releasing the remaining 4,000 inmates early and is negotiating other options, he said.

If the ultimate result of wide-scale physical and mental health coverage outside of prison helps to keep people out, as ACA’s proponents say it will, that could aid the state in its goals.

“That would certainly be an ideal result of this for all concerned, but we’re not there at this point,” Callison said.

Michael J. DuBose, CEO of Oakland-based Community Oriented Correctional Health Services, a non-profit that promotes better health care for people leaving jail and the communities they return to, believes that point is coming.

Previously, public health and corrections have both operated in independent silos, he said. Now these systems will be required to communicate in a more systematic way.

Better treatment of mental health and substance abuse issues could prevent people from committing crimes in the first place, he said.

Those coming out of prison need to step into a stable environment with housing and employment to prevent them from reoffending, said Sharon Loveseth, executive director of Healthy Partnerships in Solano County, which provides outpatient counseling for addiction and mental health, and DUI programs.

Continued substance abuse treatment is one of the pieces that can ensure a successful transition for a former prison inmate with an addiction, said Loveseth, who is also on the board of directors for Solano County Reentry Resources, a grassroots effort among community providers.

Currently, Healthy Partnerships is receiving a patchwork of funding to provide services to inmates. The ACA will change the funding source because of the change in Medi-Cal eligibility.

“There are quite a few things that are changing, and I think that it will have a ripple effect,” Loveseth said.

One of the fundamental changes in her arena is a shift in acknowledging system-wide that behavioral health problems are diseases, she said. This will help parolees get the right treatment and the coverage for it.

In preparation for the act going into effect, the standards of care have gone up in the past couple years and the system has moved toward more comprehensive electronic records, she said.

Means of accessing treatment will also be streamlined, Loveseth said. Instead of getting an appointment at the county, going through an assessment, then being referred for treatment, new coverage under Medi-Cal will allow parolees to walk in and receive services, she said.

The old funding sources are still available to fill any gaps.

Loveseth believes it may ultimately reduce recidivism— and save on the high cost of incarceration. She has seen other promises of change fall short. Though she’s looking forward to ACA, “I also know not to hold my breath,” she said.

At the very least, she expects Medi-Cal reimbursements to become more realistic for her programs and competition among insurance companies to increase.

“I’m hoping that there’s a little bit of a balance that comes into play,” she said.

Parolees, Corrections to Benefit from ACA