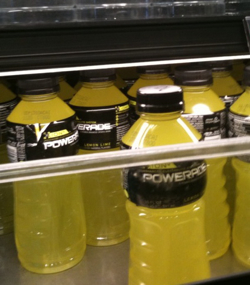 A new study by researchers at UC San Francisco and the Mailman School of Public Health at Columbia University suggests that taxing sugar-sweetened beverages could decrease consumption and result in lower rates of diabetes and heart disease, particularly among low-income Hispanic and African-American Californians.

The results are especially significant right now; San Franciscans may get the chance to vote on at least one proposal next year to assess a tax of two cents per ounce on sugar sweetened beverages. The new study assumes a tax of one penny per ounce, and at that rate would result in a 10 to 20 percent decline in sugary beverage consumption as well as a decline in new cases of coronary artery disease and diabetes in California, according to the researchers. Overall, say the researchers, by assessing the tax, one in 20,000 Californians would avoid diabetes and that estimate would double for Hispanics and poor Californians and triple for African Americans.

”Poor and minority communities in California and nationally have very high rates of diabetes, a chronic condition with potentially devastating health complications,” says Kirsten Bibbins-Domingo, M.D.,  Ph.D., the lead author of the study and director of the UCSF Center for Vulnerable Populations at San Francisco General Hospital and Trauma Center. “Although many steps are needed to reverse the rising diabetes trends in the state, our study suggests that efforts to curb sugary beverage consumption can have a significant positive impact, particularly in those most likely to be affected,” added Bibbins-Domingo.

The researchers found that more than 10 million Californians drink at least one sugar-sweetened beverage, such as soda, fruit punch or sports drinks, every day, and surveys they reviewed showed that African-Americans, Hispanics and the poor consume more of their daily calories from sugar-sweetened beverages than whites and those in higher income brackets. In addition to diabetes and heart disease, higher sugar intake is associated with obesity and high blood pressure.

The benefits of the tax accrue based on an assumption that people who take in fewer calories by reducing their consumption of sugar sweetened beverages won’t replace those calories with other foods and drinks, though even if they do, there are still health benefits from consuming less sugar, say the study authors. The San Francisco tax proposal, as well as similar proposals in other states would require that at least some of the revenue from the tax be used for obesity prevention and treatment efforts. While some states and cities have sales and/or excise taxes on sugar sweetened beverages, “no city or state in the U.S. currently has a tax on sugar-sweetened beverages whose revenues are used at least in part to help fund obesity reduction and prevention efforts, according to Roberta Friedman, director of public policy at the Yale Rudd Center for Food Policy and Obesity.

A 2009 article in the New England Journal of Medicine by Centers for Disease Control and Prevention (CDC) director Thomas Frieden, M.D., MPH, and Kelly Brownell, Ph.D., the former director of Yale’s Rudd Center and now dean of the Duke University School of Public Health, concluded that “although a tax on sugared beverages would have health benefits  regardless of how the revenue was used, the popularity of such a proposal increases greatly if revenues are used for programs to prevent childhood obesity, such as media campaigns, facilities and programs for physical activity and healthier food in schools.”

However, taking tobacco as a model, use of sugary beverage tax revenue for obesity prevention and reduction efforts, if proposals become law, is not a foregone conclusion. According to a report released earlier this month by a coalition of public health groups, while states have taken in millions of dollars annually for the last fifteen years as part of a settlement agreement on suits against tobacco companies, only two states meet the CDC’s recommendations for the portion of the money they take in that should be used on tobacco cessation and prevention efforts.