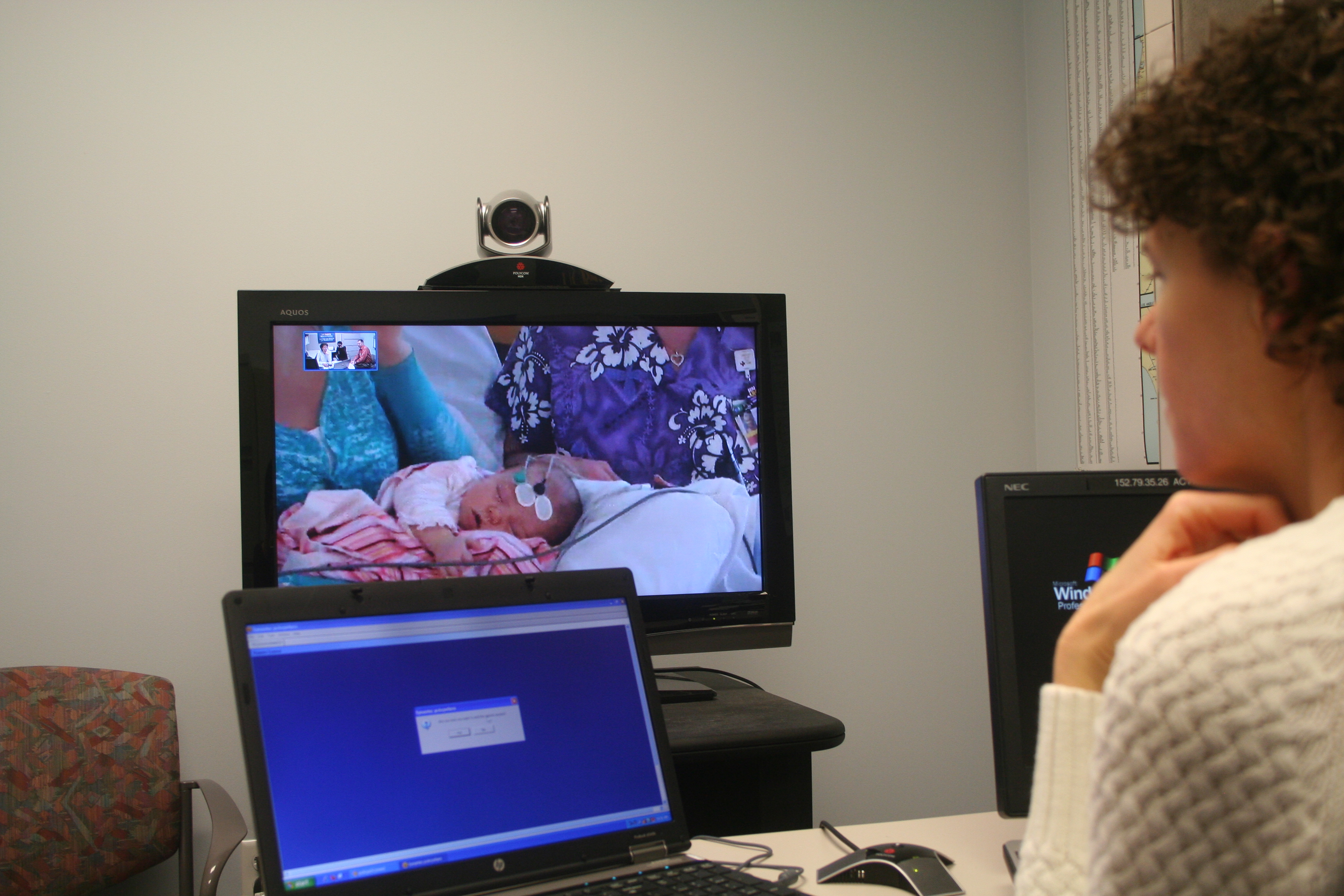 When a child comes into the emergency room at Children’s Hospital in Oakland suffering from a serious medical condition, the staff at Northern California’s most active pediatric trauma center is ready to jump into action. But in a rural hospital the family of a critical child faces a much different scenario: there are likely no pediatric specialists in the ER and they are hundreds of miles from the nearest trauma center.

“Unfortunately, many hospitals – particularly those in rural or remote areas –do not have the resources to treat critically ill and injured children,” says Dr. Heidi Flori, medical director, Critical Care, and director of the Pediatric Critical Care Research Program at Children’s Hospital, Oakland. “Evidence shows the best outcomes for these children are achieved when they are transferred to a pediatric specialty center such as Children’s.”

The busy pediatric trauma center partners with REACH Air Ambulance transport critically ill and injured children from outlying hospitals and accident scenes. In April, Flori and her colleagues launched a pilot telemedicine project they hope will improve care and provide comfort for pediatric patients and their families. Funded by a grant from the Department of Defense, the pilot project puts mini tablet computers into the hands of REACH Air Ambulance staff, allowing them to maintain video communication with Flori and her colleagues at Children’s as they respond to emergency calls. Since patient protection is paramount, the telemedicine project uses encrypted tablet applications that allow secure videoconferencing and image sharing.

“Our goal was to devise a comprehensive system of communication that could provide more exact and timely interventions, minimize transport time, and improve outcomes of critically ill patients being transported to our facility,” says Flori.

This isn’t the hospital’s first foray into the world of telemedicine, but it marks the first time doctors at Children’s have used telemedicine for transports.

“They say a picture is worth a thousand words and with this new project we can examine and assess the patient before they arrive at Children’s,” says Flori who now has the ability to remotely monitor a child’s breathing, and vital signs.

When REACH air ambulance medical personnel arrive on scene at a traffic accident, or are sent to an outlying hospital to transport a critically ill child to Children’s Hospital, they can now use the iPad mini to videoconference with Flori and her colleagues in Oakland. Flori and her colleagues use cameras and iPads in the Children’s Intensive Care Unit to remotely join young patients at the bedside, where she can assess the patient and ease the fears of patients and parents.

“Parents may feel initially apprehensive when they learn their child is going to be airlifted to a hospital hundreds of miles from their home,” Flori says. “This gives the family the chance to meet the doctors from Children’s in advance, and to answer any questions.”

Before launching the pilot project, Flori did a focus group with REACH medical staff to learn how telemedicine could improve the transport process.

Kim Flynn, a flight nurse with REACH Air Ambulance says the iPad minis not only add a visual component to help children in transport, but also helps the medical staff. The tablets come loaded with algorithms that assist with clinical decisions.

“Even patients with the same medical condition can exhibit different symptoms,” Flynn says. “The algorithms offer time sequences on how to treat conditions such as head injuries or diabetic ketoacidosis, giving us a double check system during those hectic moments when decisions need to be made quickly.”

The algorithms also offer insight on the best practices for conditions such as DKA, sepsis, traumatic brain injury and more, including how often vital signs should be checked, and what medications should be used and when.

“We don’t have to rely on just describing a patient’s condition, we can actually offer a visual of the patient that allows the physician to pick up on subtle clues that can forestall a condition decline,” Flynn says.

In some cases, Flori says the new technology may also allow them to reduce unnecessary transfers, by allowing physicians at rural hospitals access to pediatric critical care consultations for their patients.

“If a patient can’t physically be transported to our hospital because of a storm, or if an emergency physician has questions on a pediatric patient, we can do a consult and work with them to stabilize the patient’s condition,” Flori says.

Six months into the pilot project, Flori says they are working to collect hard data, but have heard good feedback from both patient families and REACH staff.

“Using telemedicine seems to provide an extra layer of security, and confidence,” Flori says. “It does add a few minutes to the transport time, but we’re looking to see how we can refine the system and learn how to best triage children before they arrive at our hospital.”

Flori and her colleagues are applying for additional grant funding from the Department of Defense and other sources, and hope to continue the pilot for another 6-12 months to measure results.

“We’ve been working with 60 emergency rooms across the state, and are tracking data on tangible outcomes,” Flori says. “We want this to be more than just a cool and unique project. We want to see that we’re making a difference.”