Recent Laws Decrease Second Hand Smoke for Some, But Not All, Workers 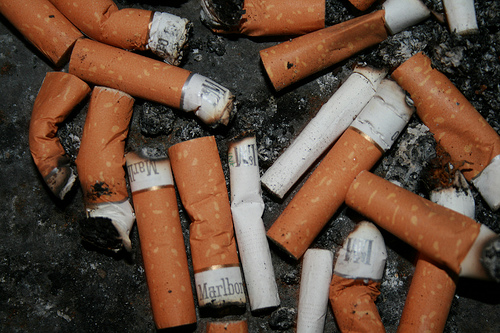 While new laws have resulted in decreased exposure to tobacco smoke for many workers, employees in some occupations are still exposed to secondhand smoke on the job, according to new research presented this week.

The study looked at worker exposure to secondhand smoke following a Massachusetts mandate in 2004, the Smoke-Free Workplace Law, in which all enclosed workplaces were required to be smoke-free.

“According to the U.S. Surgeon General, secondhand smoke is hazardous to health and there is no safe level of exposure,” said Kathleen Fitzsimmons, MPH, an epidemiologist with the Massachusetts Department of Health and the lead researcher of the study. “This is the first analysis of population-based state-level data that looks at exposure to on-the-job secondhand smoke among Massachusetts workers over time since the law went into effect.”

According to the study, which analyzed data from the Massachusetts Behavioral Risk Factor Surveillance Survey, the prevalence of exposure to environmental tobacco smoke at work decreased from 8 percent in 2003 to 5.4 percent in 2010. However some workers continued to have high rates of exposure. Workers in installation, repair and maintenance had the highest exposure to environmental tobacco smoke (37.4 percent), other workers with high rates of second hand smoke exposure include construction and extraction (22.6) and transportation and people who work in the material moving industry (22.6). According to the study, workers with continued high exposure to second hand smoke often work in settings that are not covered by laws such as outdoor spaces or private homes, or in spaces where the law is hard to enforce, such as vehicles, according to the researchers.

“We’re seeing a steady decline in prevalence of exposure, but it’s clear that there are still specific groups of workers that deserve our attention,” said Fitzsimmons. “Findings like these that combine information about occupation and environmental tobacco smoke provide helpful information for evaluating comprehensive statewide smoke-free workplace laws and for targeting interventions to reduce risks,” Fitzsimmons said.

The study was released at the American Public Health Association annual meeting last week in Boston.

Recent Laws Decrease Second Hand Smoke for Some, But Not All, Workers