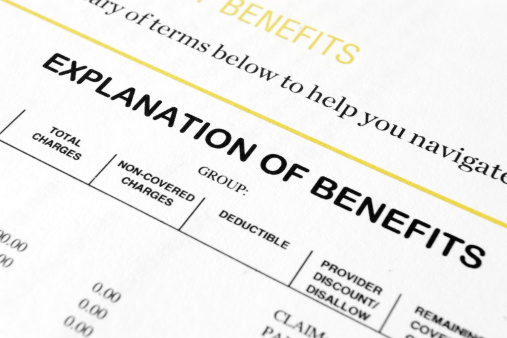 Understanding of the Affordable Care Act, the national health care program most people know simply as “Obamacare,” can be difficult for the savviest of consumers. Now scammers pretending to be from the government are poised to take advantage of confusion swirling around health care reform by trying to charge for fake “Obamacare cards” and falsely threatening to throw people in jail unless they buy insurance.

So far complaints of fraud in California have been isolated to cases of deceptive websites and social media look-alikes. But if the past is any indication the lull won’t last long, said Santiago Lucero, a spokesman for Covered California, the state’s portal for enrolling in one of the new ACA health insurance plans.

A high-profile target for the mythical “Obamacare cards” (there is in fact no such thing as an and none will be issued) is seniors eligible for Medicare even though their coverage is not affected by ACA. Reports have also been coming from around the nation about fraudsters trying to fool consumers of all ages, whether or not they have tried to access the exchange or tried to figure out if they are eligible, advocates said.

Aging adults and immigrants are especially vulnerable, particularly if they do not speak English or do not have a network to turn to for accurate advice.

“It’s a major task to inform them. But the message is the same regardless of the ethnicity,” Lucero said, and encouraged people to report fraud immediately. “That’s not how we are going to conduct business.”

To grapple with the task of signing up millions of uninsured Californians for benefits, the state plans to certify a squadron of 18,000 counselors, insurance agents and county staff.

In California they’ll have to be fingerprinted and pass a background check before being certified to enroll clients. Insurance agents go through the same process. Covered California has also set up an Office of Consumer Protection that will organize “secret shopper” tests of Covered California counselors and agents.

They’re also relying on community-based organizations to inform people who do not have access to the Covered California website or who just don’t seek out the consumer protection tips there.

Under Obamacare, cases of fraud are reviewed by the California Attorney General, local district attorneys or the state Department of Insurance, whose commissioner, Dave Jones, wants to see a push for prosecuting cases when they happen.

“We’ve convinced Covered California — our health benefits exchange — to adopt a system of fingerprinting background checks, some minimal training, and certification,” Jones said recently. “But we believe they should go further.”

The Department of Insurance has already cracked down on misleading websites set up to resemble the Covered California site.

One of them, Californiacovered.com, is nearly indistinguishable from the state’s legitimate site — CoveredCA.com.

“They’re obviously set up to get personal IDs,” Department of Insurance spokesman Patrick Storm said. Insurance regulators forced the site to shut down and have denied licenses to dozens of other fraudulent websites, some created by brokers trying to divert customers away from Covered California. That could prevent people from realizing they are eligible for expanded Medi-Cal coverage or tax credits under Covered California.

Storm said he’s are expecting more cases involving ACA scams because, as he put it, “there’s always a possibility for fraud.”

“These websites fraudulently imitated Covered California in order to lure consumers away from plans that provide the benefits of the Affordable Care Act,” Harris said in a statement. “My office will continue to investigate and shut down these kinds of sites.”

Between June and September 2013, the Federal Trade Commission received more than 7,500 complaints about Medicare impostors. None were ACA-related but as the roll-out continues, the federal watchdog agency expects complaints will increase “quite a bit,” FTC spokesman Frank Dorman said.

A common tactic is to pose as an Affordable Care Act representative who needs to verify personal information. These government impostors bait victims by providing a piece of information such as a bank routing number then coax out an entire account number. Or they might ask for a credit card or Social Security number. Consumers should be on the watch for callers who try to charge for advice or claim that people will lose coverage or face fines without a new Medicare card.

“Those kind of cold calls should not take place,” Dorman said. “Same thing with an unsolicited email, text, or door-to-door visit.”

Though volunteers have been knocking on doors to share information about the ACA in some parts of the state, they should not offer to help with enrollment, other than directions to resources like the exchange website, CoveredCA.com. Only representatives authorized by Covered California can assist with enrollment.

Especially among isolated aging adults, politically-motivated misinformation about the Affordable Care Act has created an environment easier for scammers, said Clare Smith, director of the Elder Financial Protection Network, a California nonprofit that tries to protect seniors from financial abuse through prevention programs.

The political debate about Medicare payment cuts happening simultaneously as the Obamacare roll-out makes it that much easier to create confusion, Smith said.

“We have warned people about it because when changes of this scale happen people are more likely to be duped,” Smith said. “Every day a new scheme pops up.”

People forget that their Medicare ID is usually their Social Security number, she said. “You could lose your identity.”

Non-English speakers and immigrant families are particularly at risk. Many will be Latinos. They make up the largest under-insured group in the nation, according to the National Council of La Raza, which estimates that half of the 5.6 million Californians eligible to sign up through an exchange are Latino. Whites make up 30 percent, Asian-Pacific Islanders 12 percent and African Americans 6 percent.

English-learners have a harder time identifying resources, which can result in an opening for fraud, NCLR’s director of health and civil rights, Jennifer Ng’andu, said.

Immigrant families may also fear that signing up for insurance will somehow be used against them in the future, Ng’andu said.

California is trying to help.

It is the only state in the nation to have translated the entire exchange website into other languages. Covered California also has made counselors, phone lines and online resources available in numerous languages, from Hmong to Farsi.

“California is a benchmark,” Ng’andu said. “We want to make sure everyone is getting information from the right place.”

Consumers should report any suspected fraud to Covered California’s Office of Consumer Protection by calling (800) 300-1506 or by emailing consumerprotection@covered.ca.gov. They can also use this email and telephone number to verify authorized Covered California representatives.