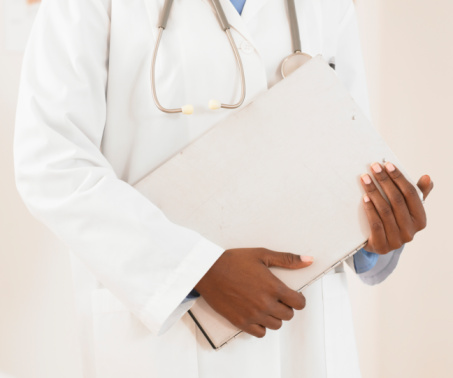 Dr. Lemmon McMillan has practiced medicine in South Los Angeles and the surrounding communities since 1976. During the last 37 years he’s seen thousands of patients, many reflecting the community at large: Minority, working class. Currently managing a small family practice, McMillan provides a health care service in an area of Los Angeles widely accepted as being underserved.

So McMillan was surprises and frustrated when he learned that he wasn’t going to be offered a contract from any of the insurance companies participating in Covered California, the newly-launched health insurance marketplace made possible by the Affordable Care Act, or ObamaCare.

“In essence, there’s a deliberate narrowing of the network by the exchange,” McMillan said.

The ACA requires qualified health plans participating in health insurance marketplaces – also known as exchanges – to include in their network a “sufficient” number of providers who serve low-income and medically underserved individuals. These physicians are referred to as Essential Community Providers (ECPs). However, the ACA does not require insurance companies to include all ECPs, which may limit choice, threaten continuity of care and disrupt relationships established between physicians and patients.

Dr. Richard Baker is the executive director of the Urban Health Institute at Charles Drew University in Los Angeles and is a co-chair of the newly formed Los Angeles County Medical Association’s African-American Physicians Advisory Committee. Baker estimated that two-thirds of the 75 mostly African-American physicians at a recent meeting said that they or their patients were being affected by network narrowing.

Baker noted that network narrowing isn’t a new phenomenon, but questioned why, in an era of reform, there are still policies in place that limit access to those most in need.

“These are the patients that you’re going to be dealing with,” Baker said. “It would behoove all of us to start thinking about, how are we going to deal with these patients? Just because you’ve given people some insurance, that’s not going to insure anything, particularly if you don’t have physicians.

“The ACA is really supposed to be about access, but this is the antithesis of access,” Baker added.

Baker also pointed out that there’s already a nation-wide shortage of primary care physicians, and network narrowing only exacerbates the situation.

“You’re increasing demand (and) decreasing access to physicians,” Baker said. “That’s just crazy. You had to get in line before, but now the line’s even longer.”

Dr. Toni Johnson-Chavis is a co-chair of LACMA’s African-American Physicians Advisory Committee and CEO of Omnicare Medical Group, which is based in Lynwood (just south of Los Angeles) and oversees more than 100 providers. She stressed the challenges already faced by the population living in Service Planning Area 6 (SPA 6), the Los Angeles County Department of Public Health’s designation for a geographic area that encompasses much of South Los Angeles and neighboring cities. She cited chronic illness, substance abuse and obesity as major issues. “Our concern is, why would you narrow the network of the physicians there? You have an access issue already,” Johnson-Chavis said.

According to the county, 35.4 percent of adults in SPA 6 are obese, and 29 percent have hypertension.

Providers such as McMillan and Johnson-Chavis have existing contracts with insurance companies. But in order to keep premiums lower in the new health exchange, insurers contracted with fewer doctors. That has resulted in narrower networks.

“The points that we focused on in terms of the essential community provider requirements were … sufficiency in geographic distribution to serve the low-income, medically underserved population,” said Leah Morris, a consultant with Covered California’s Plan Management unit.

Morris said that to cast a wider net, Covered California chose to also include providers who have qualified for Hi-Tech Medi-Cal Electronic Health Record Incentive Program funding, designed to help providers who have a significant Medi-Cal member patient population reach “meaningful use” of electronic health records.

However, despite the various avenues in which a provider can be considered essential, many are still left out in the cold. McMillan said that not all physicians have applied for Hi-Tech grants. He fears more patients will be forced to seek care at FQHCs, and questions whether there’s a favoring of FQHCs, which face their own challenges when it comes to workforce and resources.

“We think they provide a very valuable service to our communities, but not to the exclusion of the essential providers,” McMillan said of FQHCs. “We see the same patients, and we see the same patients with one-fifth of the resources. This is not anti-FQHC. It is anti anything that decreases access for quality care for patients.”

Morris said that she does not believe there’s a favoring of FQHCs “in any way above any other entity that was identified as an essential community provider, including individual physicians or Hi-Tech approved.”

With network narrowing and less access to primary care physicians, McMillan foresees longer lines for patients, as well as smaller practices struggling to stay in business.

Both Baker and Johnson-Chavis stated that the narrowing of networks creates a two-tiered system, and both wished for more inclusion in considering essential community providers.

“If someone said that you have choice, but we only give you two colors, black or white, and you have a choice between those two, then you don’t have a full array out there,” Johnson-Chavis said. “So if another group of people are going to be able to choose 10 colors and you’re going to be restricted to two colors, your choice isn’t real choice.”