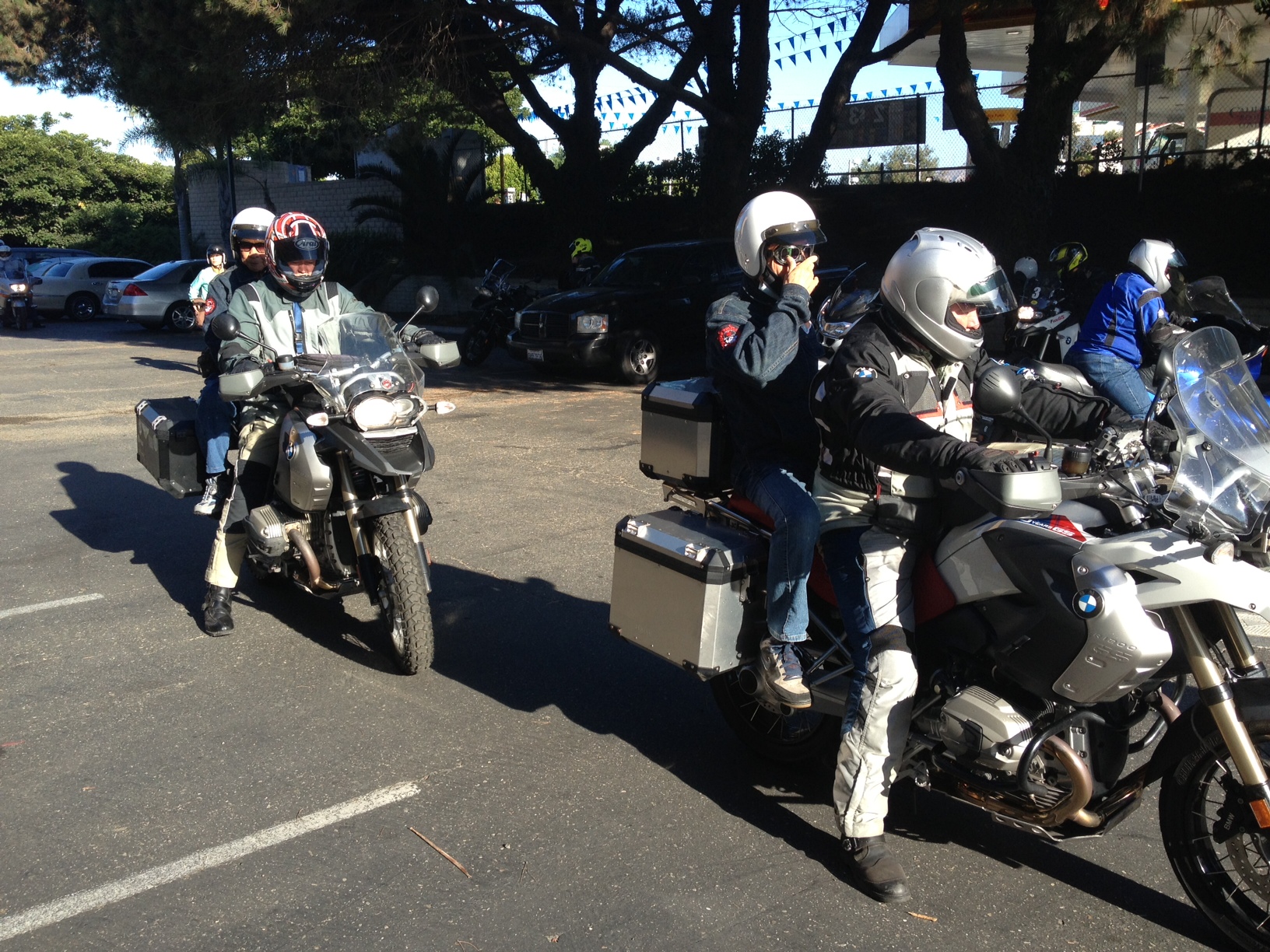 Celebrating the “bu lai” spirit of Taiwan’s adult community – “forever young” – the ride was the American encore to a 2007 motorcycle tour by 17 national heroes who braved bad weather and worse roads to circle Taiwan as an act of courage and purpose – at any age. As emotionally rendered in last year’s hit Taiwanese documentary “Go Grandriders,” the film’s tagline is poignant: “Would you still dare to dream when you’re 80 years old?”

(In August, the subtitled film opened in two movie theaters along the California route to coincide with the American ride.)

Indeed, not only do they dream, but also exercise, laugh, and thrive.

During a pit stop at the Ronald Reagan Presidential Foundation and Library, 87 year-old Ma-Tsun Huang – known simply as “Mac” – busts out a series of impressive exercises ranging from pushups to laughing yoga he performs without hesitation on the parking lot pavement.

The routine is part of a 60-minute regimen Mac performs daily that is included in a paperback given to each of his American friends – members of the BMW Club of Northern California who are host drivers for the American trek, their Taiwanese counterparts as passengers. (The Grandriders circled Taiwan on their own, smaller motorcycles in 2007.)

“Their passion for living is inspirational,” says John Bowen, one of the American host drivers. “It’s been a wonderful honor. These guys are so full of life, energy and vitality. They have a great sense of humor, even with the language barrier.”

Chin-Hua Kang, 86, visibly sparks to life when asked about the health benefits of riding a motorcycle: better muscle control, stronger concentration, and more life, he says via an interpreter.

Indeed, the thrill of motorcycle riding provides an explosion for the senses. The sky is bluer. The air is crisper. Smells are more pungent. Add the powerful camaraderie of riding together with fellow bikers and it’s no wonder so many riders – Taiwanese and American – choose this sport that ignites the mind, body and soul.

The original 13-day, 730-mile Taiwan trip in 2007 spawned a legion of fascinating storylines.

One man rode in honor of his recently deceased wife. The team captain suffered high blood pressure and struggled to stay with the riders despite mounting health woes. Another rider once served as an enemy soldier during World War II, training Japanese kamikaze pilots to kill Allied soldiers – including those from Taiwan.

The message of the film and the rides is exactly the same. The most essential component of healthy aging is simple – stay active.

“They embrace their age, where we try to hide it,” says Z Ortiz, president of the BMW Club of Northern California, who sports the license plate “Mad Mex.”

Doris Lin, CEO of HONDAO, says one of the foundation’s many goals is to overcome outdated stereotypes.

“When we’re old, we finally live for ourselves,” Lin says in the documentary. “But society says ‘Stay home or you’ll get hurt.’”

During a visit to a UCLA Medical Center jammed with media and dignitaries, chief operating officer Shannon O’Kelley notes to the assembled crowd outside the impressive deeds of community and camaraderie essential to the ride’s success.

He also cites the “child-like heart” of the Taiwanese bikers, and pointedly admonishes his American audience to “Get off your butt.”

Documentary director Tien-Hau Hua was just 26 when he directed “Go Grandriders” – which began as a much shorter project – and says his interest was to cross both cultural and age barriers.

Edward Perry, one of the Americans who traveled to Taiwan last year, says the cultural exchange has been profound, using the phrase “global citizens” to describe his new friends.

“I was very moved by it,” says Perry, whose wife was born in Taiwan.

“What I find really inspiring about them is that they’re really selfless and giving,” says Ortiz, adding that riding motorcycles together – with anyone, from anywhere – creates a unique bond.

“The United States may not have a foreign policy,” he says, “but we do – love thy neighbor.”

And like the soulful riding on two wheels, that phrase is understood in any language.

Editor’s Note: A motorcycle enthusiast, Matt Perry joined the Grandriders on the final day of their American journey.