Obamacare rolls out under the radar in San Francisco 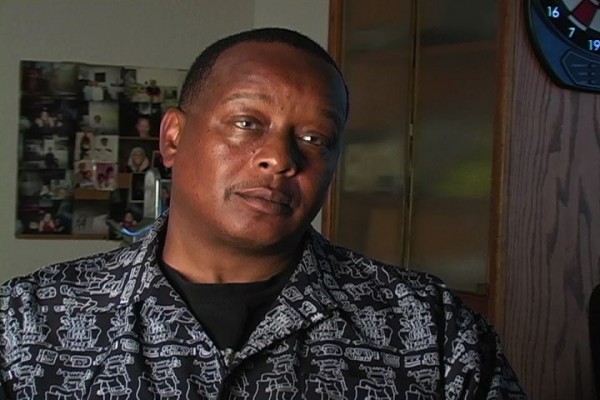 Months into President Obama’s second term, Raymond Washington still wears an Obama campaign t-shirt around his apartment in San Francisco’s Fillmore neighborhood. Pamphlets from the county’s Maxine Hall Health Center are visible on his table, too, including one welcoming him to the SF PATH program. But he had no idea that SF PATH is a result of the federal health care reform act dubbed Obamacare.

Patients like Washington may not notice a difference as health reforms roll out because they were already enrolled in the county’s Healthy San Francisco health benefits program, with access to a robust primary care network.

“Frankly, I don’t think the Low Income Health Program as played out in San Francisco was that big of a deal as opposed to other counties where people had no access,” said Lisa Johnson, medical director of primary care for the county. The expansion of Medi-Cal (California’s Medicaid program), a signature part of Obama’s landmark health care reform plan, has gone largely unnoticed in a county that already had a health care plan for low-income people.

SF PATH is San Francisco County’s version of the statewide Low Income Health Program, which is preparing for the Medi-Cal expansion that goes into effect Jan 1. Counties can get 50 percent matching funds from the federal government if they provide early health benefits to those who will qualify for the expansion. Enrollees must meet citizenship and income requirements. Counties set income requirements somewhere under 200 percent of the federal poverty level.

San Francisco decided to only enroll people up to 25 percent of the federal poverty level because of budget concerns. They’ve enrolled 10,000 people in SF PATH, which was their ultimate goal. Most of those patients were already enrolled in Healthy San Francisco. But program director Lindsey Angelats estimates there are 35,000 to 40,000 total in the city who are eligible for the expansion.

The main advantage to being enrolled in SF PATH as opposed to Healthy San Francisco is that the county has to provide transportation to non-emergency appointments and they have to cover emergency care outside of the county.

“It is much more like Medi-Cal than a typical county indigent program,” Angelats said.

But people like Raymond Washington, who have been enrolled in Healthy San Francisco, may not even notice a difference. One day the staff at Maxine Hall asked him to come down to the clinic, Washington said, which is around the corner from his house, and fill out some additional paperwork. He thought he was just reenrolling in Healthy San Francisco, but really he was among the first group of people in the county to benefit from the Affordable Care Act by signing up for the SF PATH program.

Washington, the son of a community clinic nurse, says he feels comfortable at Maxine Hall. They call the 54-year-old to remind him when he is due for prostate cancer screening and the date and time of his appointments.

“They don’t want you to just waste it,” Washington said of his access to health care.

This approach to patient management is actually relatively new. Through programs like Healthy San Francisco and SF PATH, administrators like Johnson and her quality improvement team can now monitor entire blocks of patients. This has in turn enabled clinics to provide proactive care for chronic conditions.

“Now we think more in terms of who are all the people who rely on our care,” Johnson said. “Both Healthy San Francisco and SF PATH have moved us in that direction.”

The new influx of funds does come with some strings attached. The most difficult for San Francisco county has been the requirement that patients are able to access care in a timely manner.

They have hired some new providers and are looking into offering evening and weekend hours at county clinics.

But mainly they’ve been shifting the way they provide care from one-on-one doctor visits to team-based care.
People like Washington have a team of doctors, nurses and medical assistants assigned to them at their home clinic. Washington may not see a doctor every time he has an appointment, but he will see one of the team members that has been treating him for years.

Johnson says they’ve been looking at models developed by Kaiser where a doctor or medical assistant communicates with a patient via phone instead of booking time for an office visit.

They also recognized the need to improve the way care is coordinated between the primary care medical team and specialists at SF General Hospital. In the past specialists would continue to see patients for longer than necessary because they didn’t know if the primary care clinic could manage the patient’s unique needs.

“Specialists were hanging on to a patient because of an individual bond,” Johnson said. “Now they think about how to make teamwork work.”

Through a grant from the Kaiser Community Benefit Foundation, they’ve improved the relationship between primary care clinics and three specialist clinics. Primary care providers have also been able to consult with specialists on individual cases while keeping patients in county clinics.

Johnson’s main concern with the Medi-Cal expansion is whether or not clients will continue to come to the county clinics once more options are available to them.

“I just can’t believe there won’t be a certain amount of churning,” Johnson said.

In the meantime they are trying to build strong relationships with patients so they won’t want to leave. They are also helping people transition to a culture of enrollment, one where clients are required to provide more documentation for eligibility compared to Healthy San Francisco.

“We have 33 enrollment sites. That’s more than the number of Starbucks in the city,” Lindsey Angelats said. “We’re really well-positioned.”

Obamacare rolls out under the radar in San Francisco