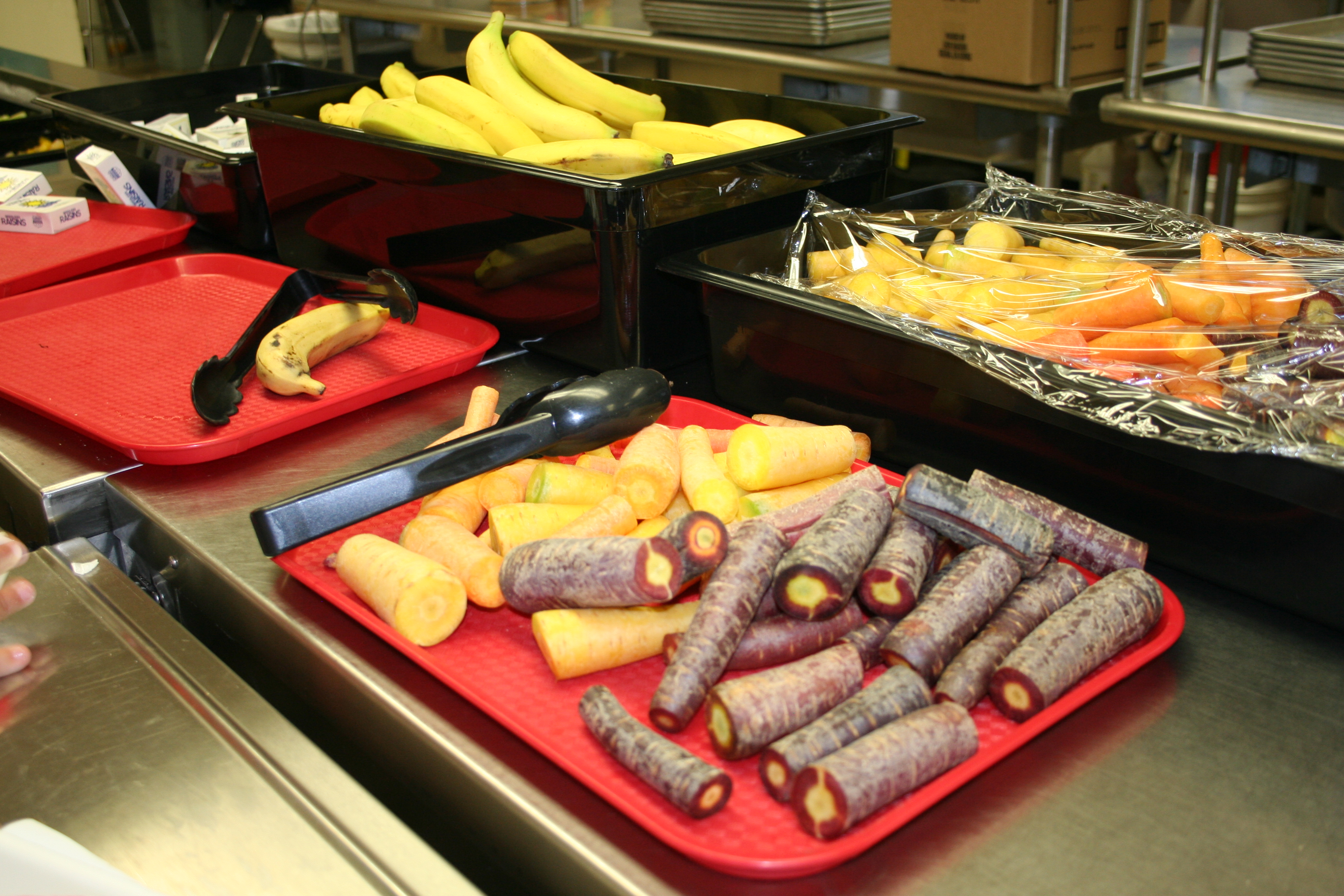 When the Chula Vista Elementary School District south of San Diego surveyed the physical condition of the 25,000 students enrolled in 2010, the results were worrisome. About 40 percent of the kids were at an unhealthy weight – with the highest rates among fifth and sixth graders.

The survey prompted the district to act. The schools overhauled their menus, banned birthday cupcakes, integrated movement into recess and the classroom, and focused on educating students about better nutrition in the neighborhoods where obesity rates were highest.

By the time the survey was repeated this year, the programs put in place had had an impact, according to Sharon Hillidge, resource teacher for wellness. Body mass indexes were down 3 percent and fitness levels had improved.

“We were hoping for maintenance, we thought it would be five to 10 years before we saw improvement,” Hillidge said. “We were so pleased to see improvement – we have made an impression either on the students or the parents.”

The school district learned a lot devising the new program – garnering headlines with a “No Cupcakes” policy and startling everyone involved by finding they could draw obesity on a map. And, Hillidge said, they discovered that a lot of their stereotypes fell away and that new ideas for food-based activities like fundraising and parties came forward.

But they also found that everyone, the students, parents and teachers really engaged in the new approach to emphasizing the health of the students and that the small steps can yield big results.

“The biggest change was the sixth graders, who were in fourth grade when we did the survey,” Hillidge said. “They went down
five percent – and the two schools with the biggest losses were the most unhealthy – they improved by 10 percent.”

Chula Vista is a city with a clear east-west divide. The east side is mostly newer, planned development with more parks, higher family incomes and less access to fast food. The west side, old Chula Vista, includes more commercial development, including strip malls and a high concentration of fast food restaurants.

“We used the Center for Disease Control (and Prevention) maps for adult obesity as a base and then did overlays of where the fast food restaurants and parks are,” Hillidge explained. “It was a shock to see that where you live has such a profound impact on your health.”

Five schools in west Chula Vista had more than 30 percent obesity rates – the five closest to fast food outlet concentrations. Two years later, only two of the original five are still at that level, she said.

When the results for the 2010 survey came in, the school district mobilized to look at the food and activity environments, Hillidge said.

“Our concentration had been on scholastic testing, on keeping the kids at their desks learning,” she explained. “We realized we really need to be concerned about long-term health issues. We all worked in our silos so we didn’t have a connection with the Health and Human Services programs.”

The schools worked with the county’s department of Health and Human Services, which had launched a 10-year Child Obesity Initiative in 2006 in response to the alarming national increase in obesity and unhealthy weights – mirrored in the county population.

County Supervisor Greg Cox, who represents Chula Vista, has been active in promoting the county’s goals and tracking progress since the school district gathered its baseline data.

“The Chula Vista Elementary School District has done incredible work lowering childhood obesity rates among their students and creating a healthy, safe and thriving school district,” Cox said last week. “This district is a role model for school health and wellness, both locally and nationally.”

Jeffrey Thiel, the school district’s executive director for operations and instruction, said that it’s too soon to overthink the data.

“We see the data as a baseline and we are figuring out how to take this momentum and go forward,” he said. “I don’t think any of us can pinpoint a single cause for the improvement but we know that awareness has increased – what our students talk about at lunch has completely changed.

“We are giving them healthier choices and we are educating them on why it matters – we even hear from the parents, and that is very powerful,” Thiel added. “We had a lot of buy-in and less pushback, but we have plenty more to learn and plenty more to do.”

The first step in improving students’ health was the complete revision of the district’s wellness policy. A committee led by the district’s superintendent looked at nutrition and the food environment, physical activity levels and physical education and began communicating with families about their concerns and plans.

“Some of the changes seem so small – we no longer have flavored milk – it turned out not to be the big issue we thought it might be,” Hillidge said. “We changed to non-food birthday parties – that was the most controversial decision for parents and students.”

For teachers, the policy changes affected little things like not carrying cups with Starbucks logos, and big things, including all the fundraising for classrooms that involves selling food that usually isn’t very healthy.

“That takes away from our classrooms,” Hillidge said. “We still haven’t found a good answer there.”

Teachers worried that planned steps to get the kids more active inside the school would turn the classrooms into chaos, Hillidge said.

“We found we can integrate math and science with physical activity, and we had to show teachers it was doable without turning things into chaos,” she said. “Our teachers really care about the health of their students and we’re finding that as their health improves so does their ability to learn.”

And the schools revised recess to make it active by setting up activity stations – from playing basketball to walking around the track with friends, rather than just socializing or waiting for recess to end. The kids can still socialize – they just have to move while they’re doing it, Hillidge said.

Some of the survey findings were surprising and remain a surprise, Hillidge said. For example, boys were much more obese than girls.

“At the elementary school age, they’re the ones who are much more engaged in video technology, games and apps, than girls,” Hillidge said. “It would be interesting to see middle school results, when the kids are getting their own cell phones, and more girls are engaged with the technologies, but at this age, the cultural stereotype that boys are more active is not happening.”

Educating the kids about healthy eating and living has become a mission at the schools – down to choosing wellness as the topic for the schools’ speech contest.

“It gave kids a chance to work on their story-telling and to educate each other,” Hillidge said. “Information is power, especially when you give it to kids.”