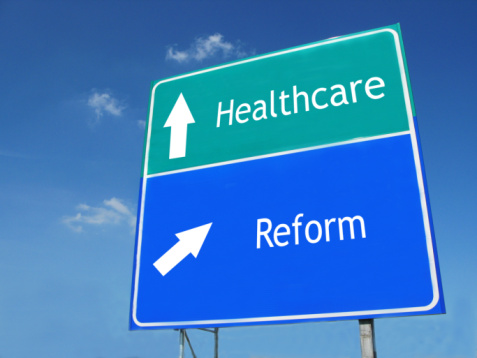 California has led the nation in implementing President Obama’s health reform law, and Californians are among its biggest supporters. Will that support be sustained as voters learn more about how the law will work?

That’s a tough question. But the answer may help determine the ultimate fate of the law as its still-vague promises become reality. If Californians turn against the Affordable Care Act, the rest of the nation, which is already more skeptical, will likely be in full revolt.

The law, as many people know, will expand public coverage to low-income people, subsidize private insurance premiums for middle-income people, and prevent insurance companies from denying you coverage – or charging you more — if you have been sick.

Some of the law’s most popular provisions are already in place. Insurers, for example, are now required to let families keep their adult children on their coverage through age 26. And limits on how much a policy will pay out in a year, or a lifetime, are being phased out, saving consumers from having to face possible bankruptcy if their medical bills outrun their coverage.

The state, meanwhile, is close to expanding public coverage for more than a million people, with most of the cost of that care paid for by the federal government.

But the real test will come this fall, when the state’s new online insurance exchange, known as Covered California, opens for business. The law requires nearly everyone to have coverage either through their employer, the government or the exchange by Jan. 1, 2014, and Covered California plans to start offering policies to the public on Oct. 1.

All of the policies sold on the exchange will cover the same ten “essential benefits,” but the plans will offer different levels of premiums, deductibles and co-payments. They will be ranked as platinum, gold, silver, or bronze according to how big the deductibles and co-payments will be, allowing consumers to comparison shop without worrying about missing a crucial detail in the fine print of a policy. As a general rule, the more you pay up front in premiums, the less you will be at risk for paying later in out-of-pocket costs.

No one yet knows exactly how much those monthly premiums will be. The insurance industry has been warning about sticker shock, saying the law is going to drive up costs. The law’s supporters, on the other hand, insist those claims are exaggerated.

State officials shed some light on the question last month by releasing an independent study of how the changes are likely to affect rates for different groups of people.

The bottom line is that low-income people who can’t afford insurance today are going to benefit the most. Most middle-income consumers will also see lower rates. And those who are better off –-families earning more than about $90,000 a year — are almost certainly going to pay more for their coverage.

Another wrinkle: young, healthy people will pay more than they do today, while older, sicker people will pay less. But many of those young people will also be poor, so they will qualify for subsidies that will erase the increase they would otherwise be required to pay.

These impacts flow from the core principles embodied in the law. One is that everybody should be able to get insurance, whether you are rich or poor, young or old, healthy or sick. In order to make that happen, the law creates a system in which more of the risk and the cost of insurance is shared among us all. The idea is that you will pay more if you are healthy and wealthy, and in return, the coverage will be there for you if you are sick or lose your job.

The eye-popping number that jumps from the study is 41 percent – the amount that the average California premium, without subsidies, is expected to climb in 2014 for people who don’t get their coverage through their employer.

A little less than one-fourth of that, or 9 percent overall, is due to health cost increases that would have been passed along to consumers anyway, even if the new federal law had never been enacted. The rest, or an average increase of about 32 percent, is due to changes brought about by the law.

The biggest factor putting upward pressure on rates will be the new provision prohibiting insurance companies from denying people coverage or charging them more based on their health. This means that sick people who today can’t get insurance, pay very high rates for it or get it through a special government program will be joining the same insurance pool as healthy people, driving up costs for those consumers.

Other factors pushing up costs: people with pent-up demand for care will see the doctor more often; some people will get better benefits – everyone will have prescription drug coverage, for example; and a higher share of everyone’s costs (a minimum of 60 percent) will be covered by insurance.

But there will also be downward pressure on rates. The study suggests we’ll save an average of 6 percent because health providers, including doctors and hospitals, will charge less than they do today. One reason: they won’t have as many charity patients because nearly everyone will be insured, so they won’t need to shift those costs to people who are paying for their care. Administrative costs – including marketing – are also expected to be lower.

That average increase in premiums, though, is before the effects of the big federal subsidies that will be available to people with incomes up to 400 percent of the federal poverty level, or about $90,000 for a family of four.

Thanks to those subsidies, people with incomes of less than 250 percent of the poverty level, or about $56,000 for a family of four, can expect premiums that are, on average, 84 percent less expensive than they pay today, and total costs, after deductibles and co-pays, that are 76 percent cheaper than today.

People with incomes between 250 percent and 400 percent of the poverty level will likely pay 47 percent less for their premiums and 40 percent less overall. A typical premium for an individual earning $34,000 a year, for example, might be $273 per month.

People who earn more than 400 percent of the poverty level will be the ones taking the biggest hit, because they will not be eligible for subsidies. Their upfront costs will increase by an average of 30 percent, and their total charges, after out-of-pocket payments, will increase by 20 percent.

As these numbers show, the law is full of trade-offs. For people who have nothing now, the changes promise affordable coverage for the first time. For people who are doing okay under the current system, the law will require them to pay more now while offering them more security later. They won’t lose coverage if they lose a job or get sick, and they won’t face a financial catastrophe because their coverage runs out.

Having survived a Supreme Court test and a presidential election, the Affordable Care Act is probably here to stay, at least until Obama leaves office. But its ultimate staying power may hinge on whether enough voters are willing to pay more today in exchange for security down the road.

That’s what insurance is supposed to be about. Until now, most of us have had something that looked like insurance but did not always work that way. The real thing, it turns out, costs more. It will be interesting to see if Californians, and other Americans, are willing to pay the price.

Daniel Weintraub has covered California public policy for 25 years. He is editor of the California Health Report at www.calhealthreport.org