For Older Adults, Music of the Heart… and Mind 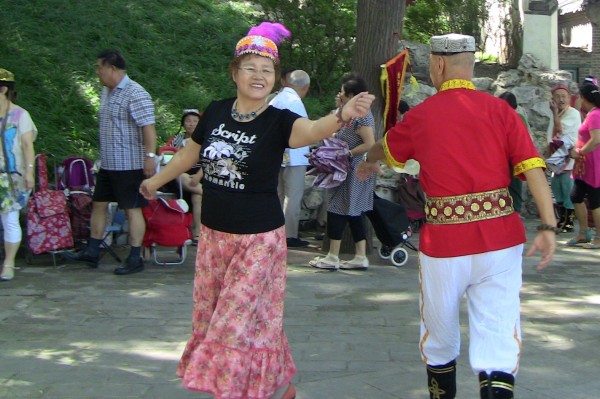 When Bob Dylan sang “The Times They Are A-Changin,’” he spotlighted a cultural revolution that was altering politics, race relations, and the world he was radically transforming himself: music.

Today, another musical revolution is igniting older adults with music from their own pasts, waking minds deadened by Alzheimer’s Disease and other forms of dementia with tunes that often illuminate a buried spark of humanity.

This movement is called “personalized music,” and its leading evangelist is former computer professor and high-tech sales executive Dan Cohen, who went through his own personal transformation when he realized music could engage brains and soothe anxiety where it was needed most: nursing homes and other long-term care facilities.

The concept is deceptively simple: populate an iPod using iTunes with music that residents grew up with.

The Age of Innocence. Life , death and the new world of Aging. For a complete archive of Matt Perry’s columns, click here.

The idea is powerfully evoked in the inspirational 50-minute film Alive Inside. Attendees of a recent conference on aging I attended in San Diego were moved to tears by the film, then excitedly peppered the movie’s two California ambassadors with questions about Cohen’s Music & Memory program.

“The only way to meet them is music,” Cohen said during a telephone interview from Long Island. “They’re all going nuts in their own way. All they’re doing is waiting for the next meds, their next meal.”

A high point of the film is the story of Henry, a devotee of Cab Calloway, the jazz singer and band leader. Henry nearly explodes with excitement after listening to Calloway’s music: “It gives me the feeling of love, romance!” he says. “I figure right now the world needs to come into music. I feel a band of love, of dreams.”

Today, only a handful of facilities in California have adopted personalized music – probably less than ten, estimates Deborah Pacyna, director of public affairs for the California Association of Health Facilities.

Today about 35 of the site’s 135 residents now use iPods.

“It really helps people connect with who they are,” says Ely, whose residents include a former professional singer from Mexico and backup vocalist for Barbra Streisand. “Music does that for everybody. It’s medicine of the very best kind.”

Music has a powerful effect not only on the emotions, but the brain. Because distinct areas of the brain control musical appreciation (and performance), even listless dementia patients with limited cognitive or verbal skills may still exhibit a rich interior emotional life when aroused by rock or Rachmaninoff.

Music has even been shown to bolster the immune system.

Los Angeles-based Rockport Healthcare Services offers consulting services to skilled nursing facilities, with two of them now using Cohen’s Music & Memory program. Four more are scheduled to add personalized music this quarter; each will start with 20 residents and expand when comfortable for staff.

Bonnie Jacobs, Rockport’s director of recreation and social services, says one resident in her mid-50’s suffering from severe multiple sclerosis stayed in her room all day, ignoring all attempts at interaction.

“We got her the (iPod) Shuffle and she loves her music,” says Jacobs. “She’s up every day in the hallway with her music on, smiling.”

Startup for the program can take time – finding the right music, populating the iPods, and getting residents to wear the headphones – but pays off.

“They listen to their music for hours and they’re happy,” says Jacobs. “And it (only) takes five minutes more to get the Shuffle back and charge it.”

“A lot of people are looking at this as an answer to the anti-psychotic situation,” says Pacyna, referencing efforts in California and nationally to reduce the use of drugs inside nursing homes for anxiety and depression.

Started six years ago, Cohen says his personalized music program has nearly unlimited growth potential and can used for other cognitive impairments, such as autism. While he’s trained about 60 nursing homes or chains using three 90-minute webinars, Cohen hasn’t tracked how many facilities or residents use it, although he estimates thousands. In addition, hundreds of facilities are likely creating their own type of personalized music program.

Like no other art form, music offers a powerful gateway to personal identity for humans who remember precisely where they were – and who they were – when listening to the music they love.

For Older Adults, Music of the Heart… and Mind