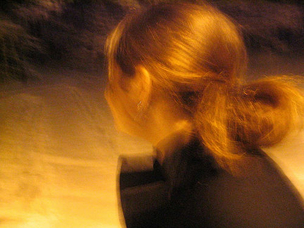 Children with disabilities are at nearly four times greater risk of being a victim of violence than those without a disability, according to a recent analysis.

Advocates have long been aware that disabled children are at an increased risk of being exposed to violence, but the study revealed the extent of the problem for the first time.

“The impact of a child’s disability on their quality of life is very much dependent on the way other individuals treat them,” said lead researcher Mark Bellis in a statement.

Bellis and his colleagues at Liverpool John Moores University in Liverpool, UK, examined 17 studies from the US, UK, Sweden, Finland, Spain and Israel. All together, the studies included data from more than 18,000 children, mostly aged 2 years.

Their analysis determined that in their lifetime, nearly 27% of children with disabilities have been exposed to some form of physical, emotional or sexual abuse or neglect. Instances of physical abuse (20.4%) and sexual violence (13.7%) throughout their lifetime were also high in these children.

The report did not delve into the reasons for the high rate of abuse among this population, but according to Emily Lund, a graduate student in Texas A&M’s School Psychology program and a Graduate Research Assistant at the Center on Disability and Development, empirical information suggested one reason is that a disabled child may seem more appealing to a perpetrator.

“They are maybe seen as helpless or more likely to be compliant,” she said.

“Literally, it can be more difficult for someone with a disability to get out of a dangerous situation,” she said, adding that for those who require them, simply moving a walker or wheelchair out of reach would make them an easier target.

While this information may not surprise those who are in the know on this subject, the research is beneficial. According to Lund, “It allows us to really have a clearer picture of what the data said overall.”

Lund said that having clear and concise information is helpful to demonstrate to policy makers that there is a problem. She said this type of study provides evidence that programs for intervention and prevention of violence in children with disabilities are necessary.

“A disability can change the level of stress and a whole lot of factors in the family,” she said.

Saxton said that the common stressors that may lead to abuse in a family, such as alcoholism and poverty, can also be present in the families of disabled children. To be effective, the services provided to disabled children need to address the particular needs of the child as well as the needs of the parents as caregivers.

Bellis also pointed out that estimates are missing for many regions of the world, particularly those countries that are low and middle-income. “This is a fundamental gap that needs to be addressed because these countries generally have higher population rates of disability, higher levels of violence, and fewer support services than do high-income countries,” he said.