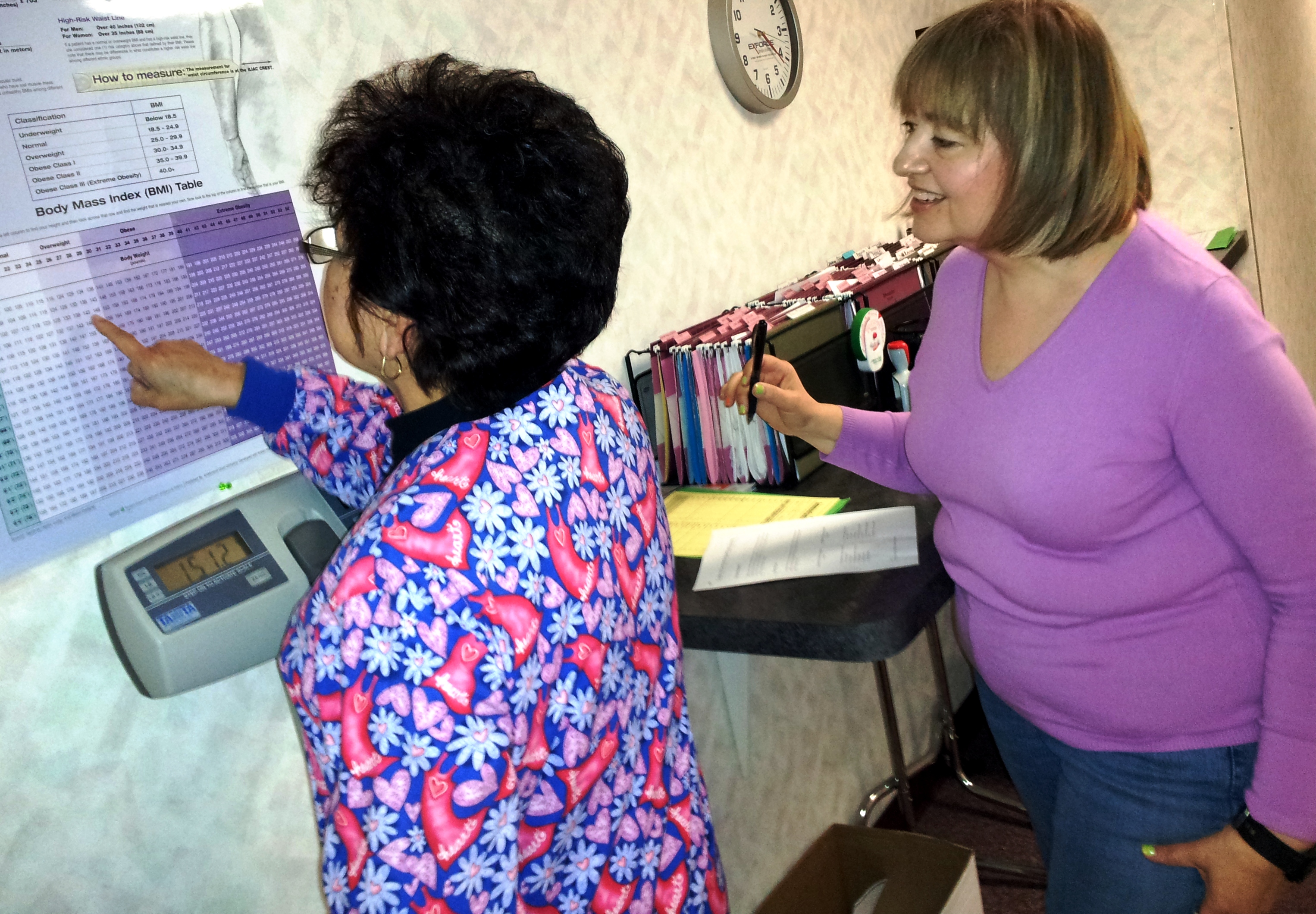 The image of a harried doctor dashing among patients and issuing brusque orders is familiar to almost anyone who has set foot in a physician’s office. But that default model of care is rife with opportunities for missed maladies, garbled instructions and disillusion with the patient-caregiver relationship.

“We’re so attuned to putting out fires and dealing with the acute issues,” said Adriana Padilla, a Sanger native and a family physician with Community Medical Providers in Fresno. “But we know what’s effective to improve health is to engage patients to reduce complications down the road. It’s a new phase of medicine really.”

Padilla’s group is part of a pilot program to implement the “medical home” model of care for about 2,400 participants in the Fresno Unified School District’s health insurance plan. The patient-centered approach dates to the late ’60s, when pediatricians started formally recommending that children get a central home for their medical records to guard against “fragmented care.”

The concept has evolved to mean doctors and staff reaching out to patients to promote preventive care and healthy living. Physicians enlist patients to monitor their own health, such as looking for warning signs of diabetes. They also use technology to share patient data among clinics, private practices and hospitals; and measure the effectiveness of the model for quality improvement.

“People use the analogy of the quarterback. The primary care provider should be acting as a quarterback coordinating all the care the patient receives,” said Leah Newkirk, director of health policy for the California Academy of Family Physicians.

The advocacy and education group is helping coordinate the pilot program with consultants and the school district’s Joint Health Management Board, which self-insures its 25,000 participants.

Treating chronic conditions such as cardiovascular disease, zeroing in on behavioral health issues and boosting medication adherence are all goals of the pilot program to avert hospitalizations and pricey drug regimens. That in turn should lower overall treatment costs and insurance premiums.

“It should be financially helpful for them to lower their insurance costs,” Padilla said. “Why shouldn’t you be reimbursed for helping people stay healthy?”

Graduating from the current fee-per-service system that links insurers and physicians to a preventive care payment plan is a tall order. The Fresno pilot program reimburses primary care providers for achieving measurable outcomes through comprehensive care – say, keeping 70% of members’ blood glucose levels within a set range – rather than putting out fires as they arise.

“It’s really a series of best practices, including using a computerized medical record and using registries where you reach out to patients,” said Steven Green, a family physician in San Diego and the latest president of the CAFP. “You don’t just wait for them to come and see you.”

“A doctor doing it himself isn’t going to work,” he added.

He noted the medical field is facing a relative shortage of physicians, with “a lot of primary care physicians” set to retire in the next five to 10 years. Meantime the country’s elderly population is swelling, with baby boomers now officially entering the ranks of senior citizens; the generation, 79 million strong, was born between 1946 and 1964.

Then there are the 30 million more Americans on the cusp of gaining government-mandated health insurance.

“For an insurer, one of their biggest expenses is paying for illnesses,” Green said. “It’s a lot cheaper for a large insurer to pay to better control a diabetic than to pay for bypass surgery on them.”

Translating wellness theory into a beneficial economic reality isn’t easy. “For money savings, you cut down on emergency room use and hospital use,” Green said. “Well, measuring that’s hard. You want to actually have some numbers to really show that.”

The Joint Health Management Board, or JHMB (pronounced Jim-Bee), learned the hard way that key data showing clear outcomes is worth far more than fuzzy promises of improved wellness.

“There was a contract in place with a company in the disease management industry that was making phone calls to members that were at-risk or had some disease,” said Devon Devine, health program integration lead with Claremont Partners of Alameda. The consultant group develops “health and productivity solutions for employers” and has been a consultant for the JHMB since 2009.

“That program was costing the health plan $1.3 million per year,” Devine said. “The company had promised that the members who received calls would have lower health care costs.”

Claremont compiled an “integrated data warehouse” of participant medical info and looked at whether patients indeed wound up costing the insurance plan less. Devine said they did not. “The premise on which the $1.3 million product had been sold turned out to be false.”

When their contract ended, most of that yearly amount went back into the plan’s fund; the rest was used to create a wellness program that in turn generated the medical home pilot program.

Claremont developed what Devine called a “taxonomy” of wellness with eight domains, including an “enhanced primary care project,” i.e. the medical home approach. “It was a way to simplify the cacophony around the buzzword of wellness,” he said, noting that his firm should begin recording data and determining outcomes in July.

Devine said he is impressed with the progressive leadership that JHBM officials have shown in embracing the medical home model and linking fields that otherwise operate independently.

“They said, ‘We want our behavioral health services to be proactive in reaching out to members. We don’t want such a stigma attached to drug and alcohol issues.’ ”

“Having a better connection is critical. In dentistry … they did a good job of recognizing members for substance use risk, with meth associated with tooth disease. Even if you don’t take action, you have a better sense of who your at-risk members are.”

Padilla studied at Fresno State and went to UC Irvine’s school of medicine, doing residencies at UCSF-Fresno and its affiliated Community Regional Medical Center. Today she teaches at UCSF-Fresno, so the patient education aspect of the PCMH seems a natural fit.

“When I’m here in the primary care trenches to work with patients one-on-one,” she said, “how you give back information has to be at a level that people understand.

“I saw a Fresno Unified patient recently, and we were talking about a low-glycemic diet and choosing foods. I could see that the light sort of turned on in her eyes. We kind of made a connection so we can get a handle on her condition.”