Tearing Down the Walls of Elder Isolation 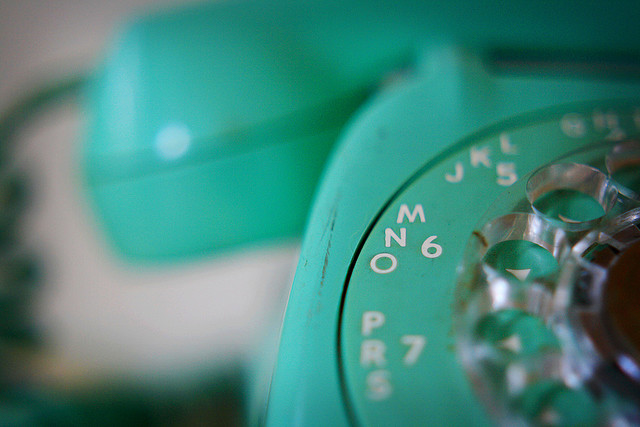 The Girl Scouts of Troop 1427 from Huntington Beach sing the hiking song “Star Trekking Across the Universe” to eight older women gathered from all over California. In response, the women – most of them former Girl Scouts – regale their younger counterparts with the scout song “The Happy Wanderer.”

Then, together they sing “Make New Friends,” a familiar song to generations of scouts.

These two distant ages share laughs and memories despite one shocking limitation: the sing-a-long is held entirely by phone.

The Senior Center Without Walls is the brainchild of a gerontologist who eight years ago saw how crippling the health effects of isolation could be for older adults whose social lives were curtailed by wheelchairs, ill health, and the deaths of friends.

While membership is concentrated in the Bay Area, last year the center helped 667 older adults from Eureka to San Diego. A recent semester served 334 participants – on busy days nearly 100.

Some of them have found the center a true lifeline.

For Kathleen Torres, who is manic-depressive, being retired and living in isolated Lake County sent her spiraling into a despair that made her suicidal.

She discovered the center through a friend, and joined a new class: “Gratitude.” It saved her life.

Listening to others give thanks for life’s simplest moments sparked her dormant reserves of hope. Last semester, Torres facilitated seven classes.

“Any group I facilitate there’s a lot of laughter,” beams Torres. “And any group that I’m on we end up laughing because I like to laugh.”

At age 53, Englehart had just received her Master’s in gerontology when she joined St. Paul’s Episcopal Church to pair seniors with social services. With the freedom to work independently alongside an isolated population, she immersed herself in their lives.

“If I needed to spend hours with them, I could do it.”

Since so many of her clients were fragile or lacked transportation, they couldn’t travel to local senior centers – even when they existed.

Inspired by a similar program in New York City – the University Without Walls – Englehart pitched the idea to sponsor Episcopal Senior Communities. They loved the idea.

Despite its incremental growth, Englehart admits that reaching isolated seniors is difficult because of depression or inertia. Telling them about the center almost never works; it takes encouragement from friends, family, and caregivers to spark the fire of action.

Scientific studies have shown that social isolation and loneliness can worsen a wide variety of physical and mental ailments – from depression to chronic disease. As health falters and families disperse, human contact for older adults can be limited to daily deliveries by a Meals-on-Wheels driver – or no one at all.

“We have a lot of people who’ve never had kids,” says Englehart. “And their spouses are dying. Or their peers are dying.”

While each program at the center helps dissolve social isolation, one in particular targets health. Every Tuesday members discuss a unique topic, such as sleep disorders or hospice care.

“There’s lots of senior centers but they don’t always reach out like this,” says Raquel de Knust, who is 81 and without transportation.

A pianist and flamenco guitarist, de Knust lost her eyesight in her thirties yet has packed her life with a dizzying array of activities that include gardening, cooking, music and travel.

She also facilitates a music appreciation class that ranges in styles from classical to rock to modern forms: “Sharon from Wisconsin is into rap.”

“You feel like you need to talk to people and be in touch,” says de Knust. “It’s made a huge difference in my life.”

Participants say that the phone tends to break down traditional barriers – of race, religion, class and sex (only 10% of callers are male).

“It’s much easier to make friends over the telephone,” says Lynn Rayburn, 86. “We don’t know what each other looks like. We just know them.”

Classes are 30 minutes long. Schedules are offered online or mailed to participants in large print or audio versions for the visually-impaired.

Slattery intrigues the dozen listeners by describing indigenous cultures with strong Mayan ties who still speak k’aiche’ (pronounced “keychain” without the “n”) rather than Spanish.

“One of those horrible people who wakes you up from a deep, lovely sleep,” says Frances. “A napjerk.”

Laughter ensues, as it does frequently, sometimes even veering to the scatological.

When Cancino asks for “Things that are padded” mirroring the TV show Family Feud, one woman chirrups “My rear end. That’s so rude I’m sure it’s not on your list.”

Facilitators do their best to make sure all callers participate. While calls can become temporarily confused if too many people talk at once, the most skilled keep conversations moving smoothly.

It’s readily apparent to even casual listeners that this is “home” for many. Every participant is acknowledged. Friends are appreciated. Birthdays are remembered.

The varied class selection is the result of suggestions by both participants and the three-member staff (one works part-time). They evolve according to class participation and tastes.

The center’s summer session will include three vision support classes.

Rayburn asked to start a “Blues Busters” class from Thanksgiving to New Year’s and got two thumbs up.

“I’m much more sure of myself because I have facilitated so many groups and Terry is so great,” says the former social worker. “When I get an idea she says ‘Well, why don’t you try it.’ She may not think it’s a good idea but she’ll encourage me anyhow.”

Rayburn, who retired more than three decades ago at age 50 because she “wanted time more than money,” cites an important aspect of old age. During the recent class “It Works For Me” the question was posed “What are you enjoying more as you get older?” The answers: greater freedom and less criticism.

Tuesday night’s “Open Mic” features several talented singers – clearly evident even by phone. Gorgeous renditions of “What a Wonderful World” and others are enthusiastically performed.

“We have a lot of talented people here,” gloats Michelle, the facilitator. “Today Senior Center Without Walls. Tomorrow Carnegie Hall.”

Rayburn gives the staff members at Senior Center Without Walls the highest of compliments.

And without the staff and the center, she adds, life for her would be very different.

“It would be awful,” she says. “I’m confined to a wheelchair. I don’t have a car. And right now practically all my friends are on the senior center. I’d be a complete isolate if it wasn’t for them. It would be absolutely desolate.”

This is the second part of a two-part series. See the first part here.

Tearing Down the Walls of Elder Isolation