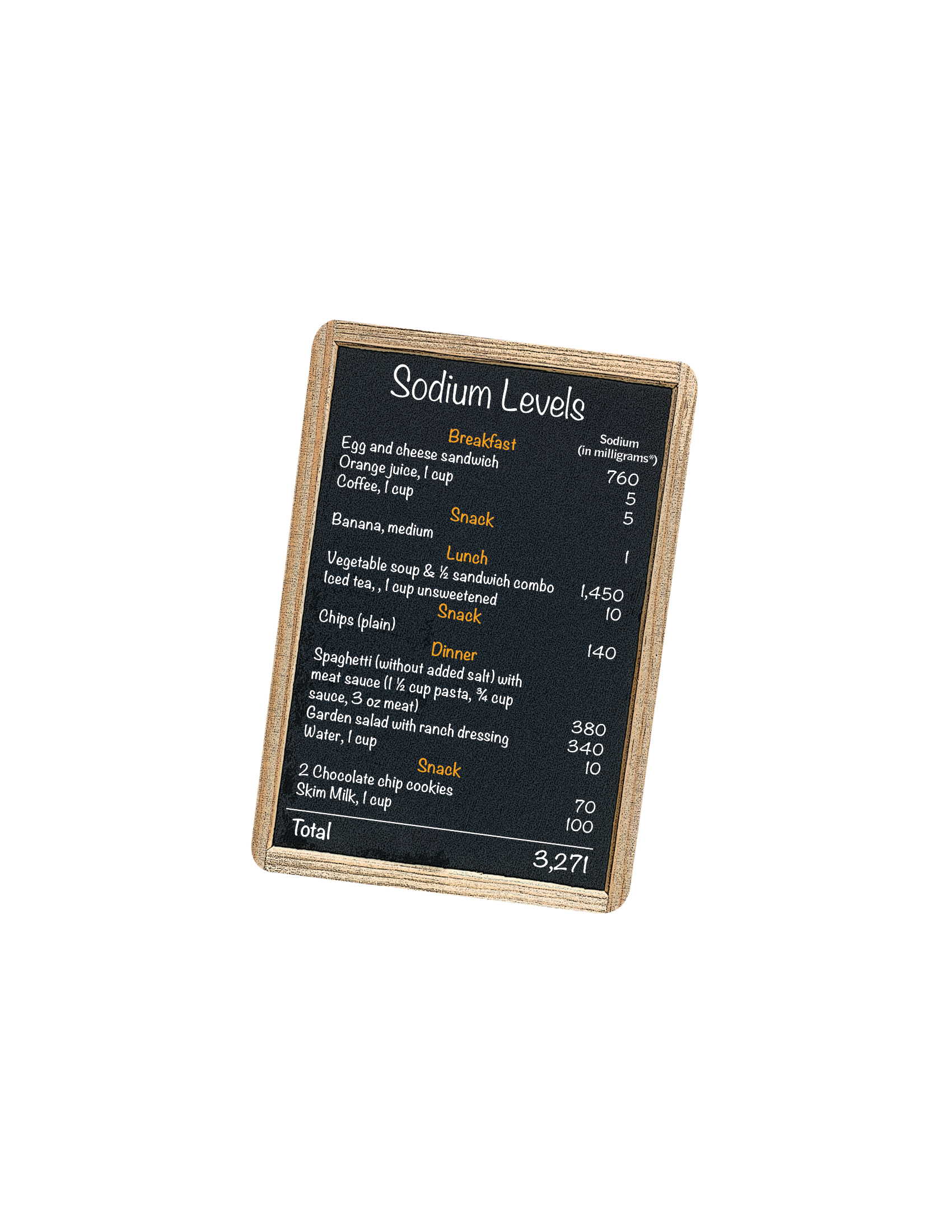 Bread is the leading cause of high sodium intake, CDC says

About 90 percent of Americans are overloading on sodium, but don’t blame your saltshaker.

It’s creeping into our diets one bite at a time through foods that are a part of our regular diet: bread, meats, pizza and poultry, according to a report released earlier this month by the Centers for Disease Control and Prevention.

Processed foods are a big part of the problem because sodium added during the manufacturing process can’t be removed, the report says.

Though a single serving of bread is not especially high in sodium, it ranks as America’s top source because of how much we consume, according to the CDC report.

Store-bought meats, the nation’s second largest source of sodium, are commonly injected with a sodium solution – a preservative that also gives meat a plumper, fresher look.

Americans on average eat about 3,300 mg of sodium a day, far exceeding the government’s recommended daily dose of 2,300 mg. Too much sodium has consequently put most Americans at risk of developing high blood pressure, which may lead to heart disease and stroke.

“Even when the consumer reads nutritional labels it’s still very challenging (to reduce sodium intake) because it’s everywhere and in big amounts,” said Elena Kuklina, a nutritional epidemiologist for the CDC. “Historically, it’s been in our food.”

There are no limits on how much sodium food manufacturers or restaurants can add to meals but there are efforts underway to change that, Kuklina said.

In the meantime, one of the easiest ways to shed sodium from the diet is to fill up on more fresh fruits and vegetables, the CDC report says.

However, this may prove difficult for some Americans, said Adam Drewnowski, professor of Epidemiology at the University of Washington’s School of Public Health.

“If we’re thinking fresh foods are the way to reduce sodium, it may not work for everyone economically,” Drewnowski said.

Other sodium-cutting strategies encouraged by the CDC require reading nutrition labels at the grocery store and asking questions when eating out.

A sodium-heavy diet can eventually be fatal.

More than 800,000 people die of heart disease, stroke and other vascular diseases each year, according to the CDC. In 2010, this cost the nation $273 billion in health care.

“If we are able to reduce our sodium by 400 mg per person (on average) this will save 28,000 deaths and $7 billion a year,” Kuklina said. “Even if you are young and do not have high blood pressure keeping your sodium low will prevent having hypertension as you age.”