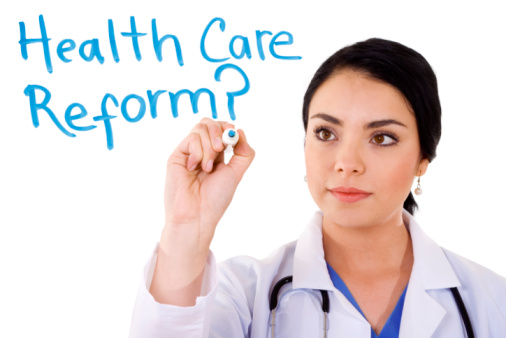 California’s so-called “Medicare for all” bill has died. Originally introduced by Senator Sheila Kuehl as SB 840 in 2005, vetoed twice by Governor Schwarzeneggar in 2006 and 2008, and twice resurrected by Senator Mark Leno as SB 810 in 2009 and 2011, the fight for a homegrown single payer health care system appears to be over.

This is devastating news for those who have fought so long and so hard for something they feel certain could improve the lives of millions. However, despite this outcome, the goal of providing health care that is not only affordable but also effective and readily accessible remains a priority. Whether this goal is achieved through legislation or by some other means remains to be seen.

For most, waiting around for the legislature is not an option. Perhaps that’s why so many feel compelled to take matters into their own hands, constantly on the lookout for better, more reliable ways to stay healthy. According to a study conducted by the Pew Research Center, 80% of us gather this kind of information from the Internet – everything from drug safety and medical test results to chronic pain management and end-of-life decisions.

The wonders of Google notwithstanding, an increasing number of Californians are also finding that the answers they’re looking for are literally as close as their next thought.

For medical researchers and Everyday Joes alike, the connection between better thinking and better health is becoming increasingly obvious – not to mention better understood. For instance, Dr. Sean Mackey, director of the Systems Neuroscience and Pain Lab at Stanford University, has found that keeping thought focused on someone you love can reduce pain by as much as 44%.

Dr. Fred Luskin, also from Stanford University, has conducted a number of research projects all pointing to the fact that forgiveness – something he’s determined is a learned quality of thought – can have a significant impact on your health.

You also have U.C. Davis psychologist, Dr. Robert Emmons. Considered a pioneer in the field of “positive psychology” – a discipline that focuses less on illness and emotional problems and more on health-inducing behavior – Emmons makes a convincing case for maintaining an attitude of gratitude. In one of his studies, participants were divided into three groups. At the end of each week one group wrote down five things they were grateful for. Another group kept track of daily hassles. And a control group listed five events that had made some impression on them. In the end Emmons discovered that those in the gratitude group generally felt better about their lives, were more optimistic about the future, and – perhaps most importantly – reported fewer health problems.

While any overhaul of our state’s health care system will require more than a simple change of thought, this is certainly an affordable and effective step in the right direction – one that every one of us can take right now, without waiting around for the legislature to decide its next move.