Boys and men of color the focus of meeting in Oakland 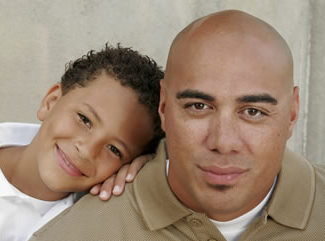 Twenty-year-old Sean Shavers sat, composed, in front of an overflowing auditorium at the Elihu Harris State Building in Oakland last week. To his right sat several members of the California Assembly, and to his left noted local leaders.

Today, Shavers is a multimedia producer for New American Media, but a few years ago, aged 17, he was a youth offender at Camp Sweeny, a juvenile facility in Alameda County. A program there helped him secure a high school diploma and a job when he was released. With help, Shavers said, he turned his life around in a big way.

Shavers was testifying at the Assembly Select Committee on the Status of Boys and Men of Color in California. The committee is holding meetings throughout the state like the Jan. 20 hearing in Oakland, to hear testimony about programs and policies that might help address the challenges faced by young men of color like Shavers.

The challenges are significant, according to fact sheets handed out at the meeting. African American males comprised 66 percent of homicide victims in Alameda County in 2010, and 73 percent of homicide victims were men of color. African American men are by far the likeliest to be incarcerated in California. The wealth and employment gap between white men and men of color is also large, with Latinos making $16,635 a year on average, for instance, compared to white men’s average earnings of $45,071 a year.

“This is a rescue mission,” said Assemblyman Sandre Swanson, chair of the assembly committee.

“How do you use public systems to interrupt that predictability?” asked Tony Smith, superintendent of the Oakland Unified School District.

Changing the circumstances that hurt boys and men of color means holding systems accountable, Smith and other speakers said. Smith, for instance, wants the OUSD to be the lead agency that cuts the youth incarceration rate in half in five years.

Speakers also emphasized the need to redirect existing resources to address the crisis facing young men and boys of color, particularly to match young people with jobs and keep jobs in disadvantaged communities.

About $23 million a year goes to a few Oakland neighborhoods where most of the city’s crime and violence is concentrated, Iton said.

The money, he added, funds nurses, probation officers, social workers and other service providers. Most of those people, Iton said, “go home to Concord at 4:30.”

Iton suggested redirecting that money to fund neighborhood residents to implement best practices in their own community.

Both Iton and Alex Briscoe, director of the Alameda County Health Care Services Agency, touted a program at Camp Sweeny that trained youth to work as Emergency Medical Technicians. Two cohorts of youth have trained as EMTs in the past year, and almost all were placed in jobs.

The most recent cohort of 22 students stood up, at Briscoe’s request, to thunderous applause from the packed auditorium.

“We did not operate from a deficit frame,” Briscoe said of the training’s success so far, noting that local emergency medical services needed more workers and more diversity in their workforce, and that the EMT program filled that need.

“There is no reason every county cannot have this program,” Briscoe said.

At the high school next door to Youth Uprising, Simmons said, 96.4 percent of kids are not proficient in math, yet future American jobs will be concentrated in technology – without enough skilled American workers to fill them.

Making sure that youth stay in school is more than just a way to keep economic engines churning – it is also one of the best ways of reducing violence and involvement in the criminal justice system, said Fania Davis, executive director of Restorative Justice for Oakland Youth.

“Keeping kids in school is the strongest factor in violence prevention,” she noted. Suspensions increase the likelihood of dropping out, and dropping out in turn increases the risk of incarceration.

The promise of education as an equalizing force has been broken in recent decades in the U.S. by harsh discipline focused on punishment rather than problem solving, Davis said.

“My school looks like a prison,” said Roy Ramos, a 17-year-old senior at Fremont High School, just before Davis spoke.

“Education has become a machine of inequality because of the police presence,” Davis said.

Davis and others spoke of the traumatic impact of punitive policies and the effects of violence in poor communities. “We become a culture of harmed people,” Davis said.

“What we are talking about healing from are some deep race and class-based inequalities,” said OUSD Superintendent Tony Smith. Smith, who is white, along with other speakers, noted that the room was filled with talented people motivated to take on these daunting problems – and that almost everyone in the room was a person of color.

That history of inequality is in part what makes solving the problems of boys and men of color so difficult, despite the many solutions and resources discussed at the event, speakers said.

Heather Gilligan is a correspondent for the California Health Report at www.calhealthreport.org.

Boys and men of color the focus of meeting in Oakland