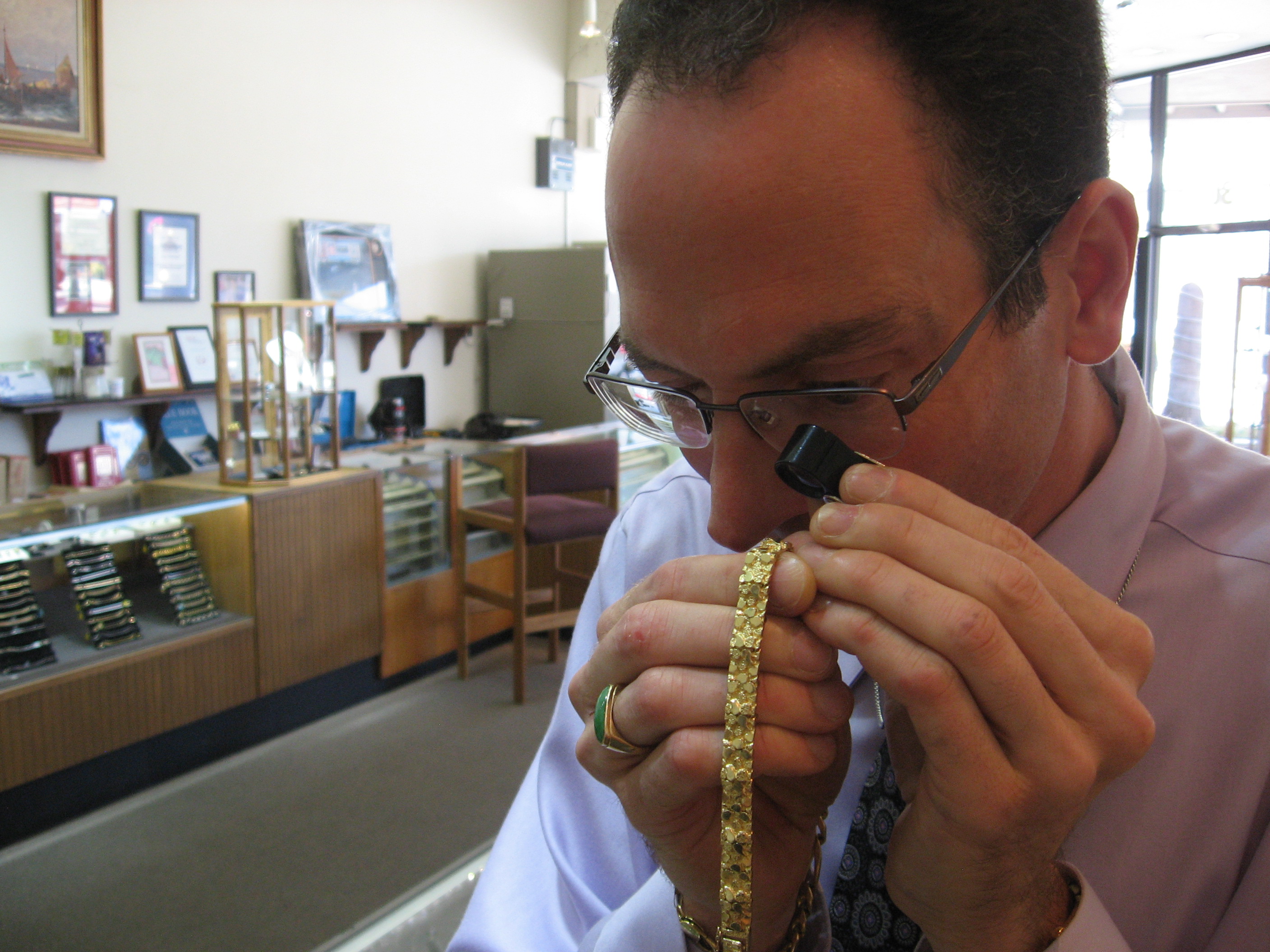 Changes at local pawnshops give a small glimpse into how the recession is hurting the middle class.

Despite the Hollywood image of the seedy pawnshop full of stolen goods, pawnbrokers throughout California are now catering to higher income clientele.

This change is due in part to a rising need among the long-term unemployed who need cash to pay their bills, according to Emmett Murphy, spokesperson for the California Pawnbrokers Association.

They turn to pawnbrokers to borrow against valuable items they bought during better economic times.

They go to pawnshops like Numis International Inc. in the middle-class town of Millbrae near the San Francisco International Airport.

“I have people who come in sometimes and say, ‘do you know where the pawnshop is?’” said Jacob Notowitz, Numis store manager. “And I’ll say yes, it’s right here.”

Notowitz has seen a steady increase and change in his customers during this period of long-term unemployment.

“Five years ago they were in excellent shape, and unfortunately they’ve run into hard times, and it’s taken them a long time to run out of their savings,” Notowitz said.

At the beginning of the recession, his average customer was in their 30s or 40s. “They were out of college and had a job, they were kind of the first to be let go,” Notowitz said.

Now his average customer is in their 40s or 50s, and many have never pawned anything before. “As the economy has maintained its downturn more people are coming in with higher quality merchandise that they need to borrow against,” Notowitz said.

Gordon Winter came in to pick up his 1978 Fender Precision bass guitar that he pawned four months ago. “I ran out of money. I didn’t have the means to make it to the end of the month,” said Winter. A former musician, Winter has been unemployed for the past three years after being laid off from his job at Xerox where he worked for six years.

Notowitz’s customers aren’t just the long-term unemployed. One recent customer was a construction contractor who borrowed fifteen thousand dollars to pay his employees. During good economic times he has enough money coming in from completed jobs to pay his employees for current projects. But today business is slow, so he has to borrow the money for his payroll for six months until his client pays for the project.

Sixty percent of the customers that walk through their door come into the shop to get a pawn loan. The process is pretty simple: customers bring in an item, the shop staff appraise the value and give the customer a cash loan for a little less then the item is worth. The loan is usually for a period of four months and the customer pays about 10 percent more in loan fees and finance charges to the shop for the loan. They can extend the loan by paying the fees and agreeing to a new loan with a new set of fees.

If they do not extend or repay, the shop keeps their item and resells it. But the pawnbroker doesn’t report the default to any credit agency and it does not affect customers’ credit score. Ninety-five percent of his customers return for their items or to extend the loan, Notowitz said.

While Notowitz loans out anywhere from twenty-five dollars to five hundred thousand dollars, the average loan they make in the shop is two or three hundred dollars.

California’s unemployment rate, which stands at 12.1 percent, is one-third higher than the national unemployment rate. As state and national politicians struggle to create jobs, the pawn industry continues to grow.

While politicians talk about the difficulty of creating jobs, Notowitz hired two new employees in the past two years.