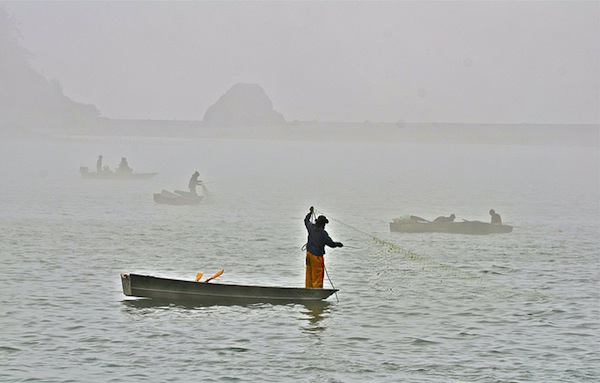 The California Rural Indian Health Board hopes to form a consortium of tribes to administer healthcare reform for Indians and native Alaskans in 37 rural California counties.

Healthcare reform is coming to California ahead of most the nation under California’s Bridge to Reform, a joint federal and state program to make primary and specialty care available to adults who do not have insurance or the means to obtain it. Federal funds would be matched with money California’s counties already spend to serve medically indigent adults to provide a higher level of health care.

The consortium would act much like California’s counties in administering the program, which will provide Medi-Cal like services to low-income adults ahead of the 2014 federal health care reforms.

An application by the Indian Health Board has been accepted by the California Department of Health Care Services, and is going through the authorization process, said department spokesman Tony Cava.

“Hopefully, the issues will be worked out and it will be up and running fairly soon,” Cava said.

Indian tribes have a complicated relationship with federal and state government due to their status as sovereign nations, and health care for native Americans is equally complex.

California has about 700,000 people who identify themselves as Native Americans. But the definition of who is an Indian is mired in tribal and federal government politics.

Tribes can, and do, add or subtract members for various reasons, and the federal government maintains a list of which tribes are federally recognized. Some are not, some are seeking recognition, some get de-listed or listed over time.

The process was further politicized by the introduction of Indian gaming, which adds financial incentives for a tribe to get recognized, or to purge members.

“You may be an Indian anthropologically, but not politically,” said Molin Molicay, CEO of the Sonoma County Indian Health Project.

The federal government provides health care dollars for Indians through the Indian Health Service program under the Department of Health and Human Services. The program was set up 90 years ago with the Snyder Act, as a compensation for the government taking of Indian lands, and the consequent collapse of the culture and health of the population.

IHS money is not an entitlement, however, and depends on how many dollars Congress allocates to it each year. The budget runs about $4 billion, of which $180 million is spent in California.

That number is woefully inadequate, according to Indian health care administrators – providing as little as one-third of the money needed to provide adequate services, according to Malicay.

State prisons, under federal scrutiny for inadequate health care, get two to three times as much funding as IHS provides to Indian clinics, according to Malicay.

California has 30 tribal health programs, run by individual tribes or consortiums of tribes. They treat both Indian and non-Indian patients, blending IHS money with Medi-Cal, Medicare and private insurance to stay afloat.

Malicay’s health project is a consortium of six tribes, and operates on a $17 million budget, with a staff of 170, including 20 physicians.

The Sonoma County program has experienced cutbacks in services like dental care and mental health for adults, and reduced eligibility and the number of visits allowed to cope with shrinking resources, Malicay said.

“We argue that it’s the obligation of the federal government to provide health care services under the Snyder Act,” Malicay said. “They argue that there is no specific defined benefit package in the act. It’s getting tougher to operate with the cutbacks.”

Will reform be a bridge for everyone in need?

The California Bridge to Reform offers an opportunity for Indian clinics to put more patients on Medi-Cal, and rely less on IHS money, Crouch said.

The Bridge to Reform could potentially serve as many as 16,000 low income Indians in California, Crouch said – but like California’s counties, Crouch expects the number to be much smaller.

The counties are matching their low-income health care dollars with federal dollars, and fear that the program could overwhelm limited county budgets if program costs are higher than anticipated. Enrollments in the Bridge to Reform program in individual counties will likely be limited to a fraction of those eligible, in order to contain costs, county officials say.

The 16,000 Indians potentially eligible is Crouch’s estimate, based on the number of Indians with incomes below 133 percent of the federal poverty level, the threshold for Bridge to Reform.

“I started counting people, not dollars. I should have gone the other way,” he said. “There will be more eligible than funding to support enrollment.”

The enrollment would likely be handled on a first come, first serve basis, he said, with clinics enrolling people only from the geographic area defined for that facility.

The potential to add coverage for Indians is nevertheless exciting, Crouch said.

“The Bridge allows each county to have its own unique benefit package,” Crouch noted. “CRIHB perceived it as a way to return specialized needs to Indian country – like podiatry for the high rates of diabetes.”

Chronic diseases like diabetes, asthma, heart disease and substance abuse are more prevalent in the Indian population, and that’s what makes the prospect of getting more Indians access to primary care and specialty services promising, Crouch said.

“Our population has higher rates of preventive care issues, higher hospitalization rates, so there are potentially bigger benefits,” he said.

“If we can make (The Bridge to Reform) work, after 2014 it will continue to provide unique services under the Indian specific health care waiver. It’s a template,” Crouch said.

The California Rural Indian Health Board’s proposal to form a consortium of tribes to administer the Bridge to Reform process for 37 rural counties is in a formative stage, Crouch said.

The board fought through issues of who the target population would serve (IHS eligible clients), but obstacles remain.

“Organizing a managed care network across rural California is a very difficult task,” Crouch said. “Given the small size of the population that may be reachable, it remains to be seen if we can get final approval. There are issues of network adequacy and cost.”

Funding may be a problem if not enough Indian health programs participate in the consortium,” Crouch said.

“Preliminarily, we’ve overcome most of the threshold policy issues. Now we are working on the politics of organizing a network and the economics of making it work,” he said.

All the rural tribal health care programs express interest in the concept, he added.

There are other issues that make health care reform difficult for rural Indian tribes.

The Bridge to Reform gives California a head start in what will be a nationwide competition to attract health care professionals, Crouch noted.

Recruiting and retaining doctors in rural Indian clinics is even more difficult than in the rest of California, he said. They may not want their children in small schools that are short on resources, and doctors get frustrated when things that need to get done don’t because of limited funding.

Programs to repay medical school loans for doctors who commit to serving in rural areas help with recruiting, Crouch said.

Cultural differences aren’t as much of a problem, Crouch said, because the clinics are tribally owned and operated. The community has ownership in the programs, and less resistance toward western medical practices. Clinic staff are trained to be culturally sensitive, he said.

Public perceptions may also be an obstacle. A lot of people think California Indians are well off because of gaming and the Indian casinos, Malicay noted. But only 40 of the 110 tribes in the state have gaming operations – and not all of those are doing well, he said.

“Some are just marginal. They are on Rancherias in remote places that are hard to get to,” he said, while others do very well. “Not every Indian is rich because of gaming,” Malicay said.

In addition to the rural Indian health programs, there are seven urban Indian programs in cities around the state. They serve people who reside in counties without Rancherias, or Indians who may be from tribes outside of California.

The urban Indians would fall under the county-run Bridge to Reform programs.