Why Some Preemies Thrive and Others Struggle Remains a Mystery 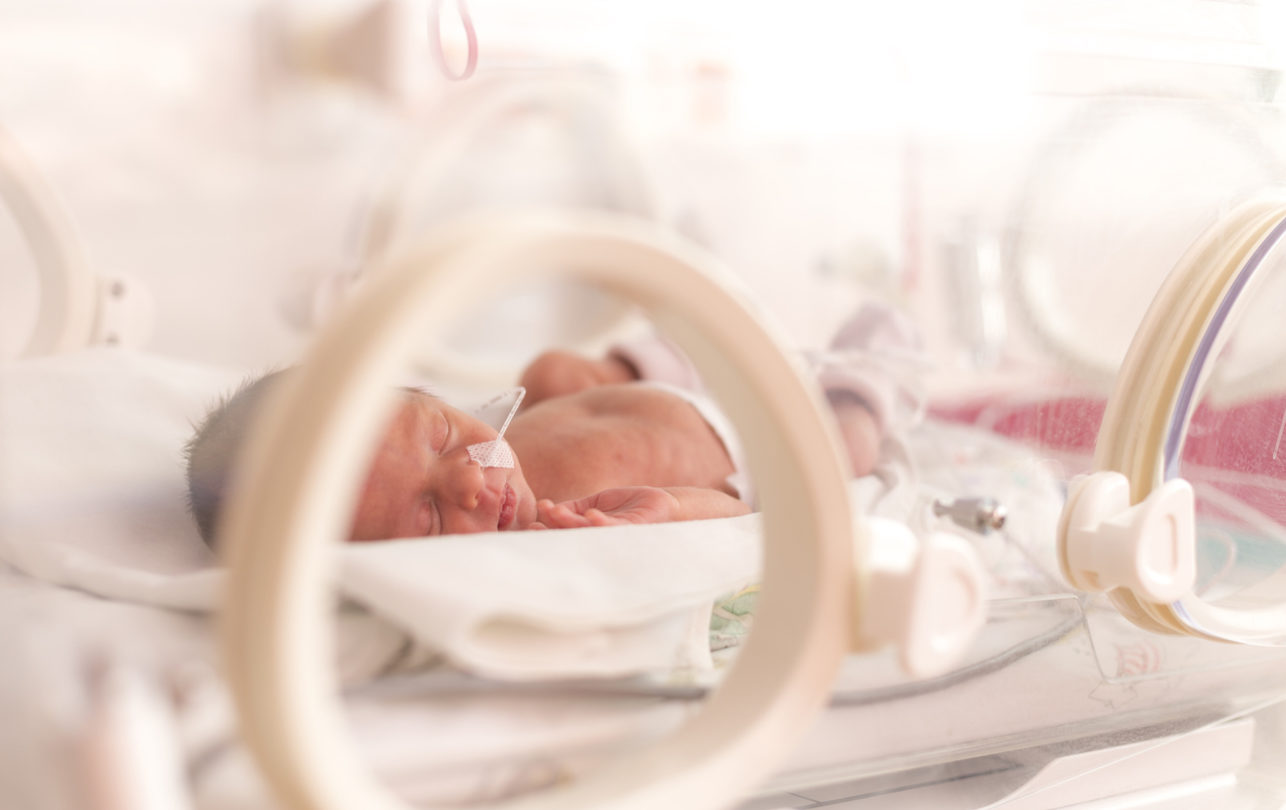 Four-year-olds Madeline Guidi and Owen Abrams have much in common. They both live in desirable neighborhoods in San Diego County, just minutes from the Pacific Ocean. Both are the only children in two-parent, middle-class households. And they were both born just a few months apart, at 24 weeks of gestation—four months too early.

But despite these similarities, Madeline and Owen’s lives have turned out differently.

Why some premature infants thrive and others struggle is a medical mystery that San Diego Pulmonologist Julie Ryu is determined to crack. Through the Study of Outcomes in Mothers and Infants at UC San Diego, Ryu and her research team are analyzing two decades of county maternal and newborn health data.

Once they understand what factors help premature babies thrive, doctors hope they can help save and improve the lives of other infants who are struggling.

Every year more than 43,000 babies are born prematurely in California. Worldwide, prematurity is the leading cause of death for children under age 5.

In San Diego County, the preterm birth rate is 8.3 percent, slightly lower than the national average of about 10 percent. Last year, the city was given a “B” in the March of Dimes’ Premature Birth Report Card, which also noted that incidence of preterm birth had increased over the past year.

When newborns are preterm, their immature lungs require high-quality medical care until they can learn to breathe on their own. In the case of children born at 24 weeks—which is about 16 weeks early and considered to be the edge of viability by most U.S. neonatologists—the chance of survival is roughly 50 percent. For the newborns that survive, the lung complications that began at early birth can persist into adulthood. But, in other cases, preemies can go on to lives with minimal disability.

“Seeing children born at 24 weeks having great outcomes is no longer atypical,” Ryu said. In addition to being both Madeline and Owen’s pulmonologist, she is the interim director of the Respiratory Medicine Division at Rady Children’s Hospital-San Diego and a professor of pediatrics at UC San Diego. In her clinic, Ryu treats the majority of the premature infants in San Diego County. “There is a lot of variability in clinical practice,” she said.

Madeline’s and Owen’s stories are a case study in the variability of outcomes.

Born at only one pound, nine ounces, Madeline, who goes by Maddy, was intubated and put on a ventilator. She spent the next four and a half months in the neonatal intensive care unit (NICU) before being sent home on oxygen. By her first birthday, her lungs had recovered to the point where she was able to breathe on room air.

Today, Maddy is indistinguishable from her 4-year-old peers. “She can run and play without needing an inhaler,” said her mother, Patrizia Guidi. “She has pretty much recovered.”

Owen’s NICU journey was remarkably similar to Maddy’s. Born at just one pound, two ounces, he was slightly smaller. Owen spent five months in the NICU and, like Maddy, was discharged on home oxygen. In spite of his parent’s efforts to keep him healthy, Owen’s health did not improve. He caught a respiratory virus and went back into the hospital. A few weeks after discharge, he returned to the hospital once more with a cold.

Owen was there for more than two years. “He spent 784 days in the hospital,” his mother Darlene Abrams remembered. “We counted.” She and her husband spent every day with Owen, leaving the hospital only to eat and sleep.

Meanwhile, Owen’s lungs continued to worsen. His doctors diagnosed him with pulmonary hypertension, a dangerous condition that is associated with poorer outcomes in premature children.

Owen’s medical team recommended that he receive a tracheostomy, where doctors make a hole through the windpipe to help with breathing, and be put on a ventilator at all times to keep him stable. These extreme measures probably saved Owen’s life. However, when Owen was released home, his parents struggled with the burden of caring for a fragile child hooked up to lifesaving equipment.

“When we first came home again, (we were in) complete crisis mode. We were living as if we had a hospital in our home,” Abrams said. “Every day we had no idea what was going to happen. We always had our phones beside us in case we would have to call 911. It was extremely stressful.”

Researchers see disparities across California when it comes to who is more likely to give birth prematurely. Some, including racial and economic inequities, are due at least in part to historical racism, as well as bias and discrimination that persist today.

In California, African American mothers are 44 percent more likely to give birth prematurely than other ethnicities. Many researchers now believe that chronic stress, related historical racism and biased medical care may be partially to blame for black women’s increased likelihood of delivering preterm. For example, medical providers may be less responsive to black pregnant women’s concerns which can contribute to preventable complications. Higher education does not protect black American women from an early delivery. Currently, black babies in the U.S. are twice as likely to die in their first year as white babies.

Sex is also a factor in how premature babies do after they are born. Female premature newborns tend to fare better than their male counterparts. White male preemies may be at more biological risk for respiratory distress.

What environmental and social factors influence lung development in preemies is still largely unknown, but Ryu has some theories based on her experience. “Your zip code matters, but I think a bigger impact is your social network,” she said. “It’s a more important variable than we make it out to be. It helps with access. You can live an hour away from the hospital but if you have a supportive social network, the child often does better.”

When parents have a strong social support system, they may be able to spend extended time in the NICU with their newborns learning to care for them. This time can pay off when a child goes home.

Still, there is no one-size fits all explanation as to why some premature babies thrive and others continue to struggle. Owen, for example, is male, Mexican American and Caucasian, but like, Maddy who is also Caucasian, his family has a strong social network and was able to spend intensive time caring for him.

“When it comes to prematurity, every story is different,” Abrams said.

Like all large studies, the data analysis takes time, but Dr. Ryu hopes that she will be able to publish her results in the coming months.

Owen continues to get healthier as he grows, to the delight of his parents. His lungs continue to improve, but he is still on a ventilator 24 hours a day, and his medical journey has taken its toll on his development. Owen is fed by a gastrostomy tube and is currently unable to speak or walk.

For extremely preterm infants that survive, the chances of suffering a disability are anywhere between 20 to 50 percent. In the case of babies born at 24 weeks, nearly all have some chronic lung disease, although the length and level of severity varies. For children like Owen with chronic lung disease and pulmonary hypertension, the chances of surviving to age 2 or 3 are around 5 percent.

But, in other cases, such as Maddy’s, lung disease may resolve in early childhood.

“We are as fortunate as we could be,” Guidi said. “We know so many parents who continue to struggle with issues or disability.”

Why Some Preemies Thrive and Others Struggle Remains a Mystery