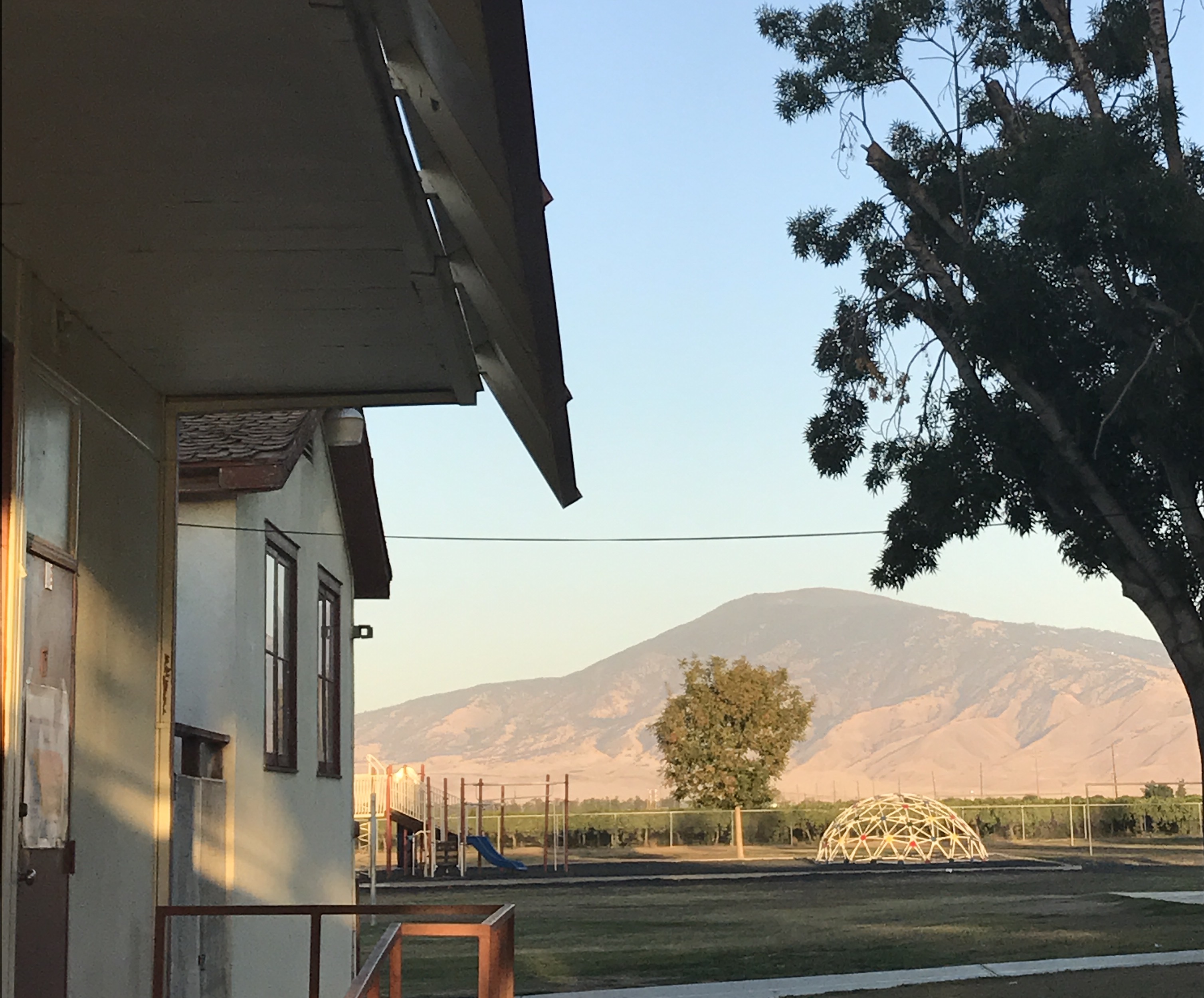 Maria Sanchez, a migrant farmworker, moves from Bakersfield to Oxnard in October, from Oxnard to Coachella in January and then back to Bakersfield in May, following California’s crop harvests. Her children, who are in first, third and sixth grades, must change schools with each move.

Sanchez said that the family’s moves keep them eligible for the state’s migrant housing available in Bakersfield. Although there hasn’t been room for the family in the temporary housing over the last couple of years, Sanchez is hopeful that they will find a spot next year. It’s one of the few housing options she can afford. When she’s unable to secure a spot, Sanchez and her family rent a room in another family’s home or stay at a hotel.

Since the 1970s, a state rule has required farmworkers to move at least 50 miles away from a migrant camp at the end of the season in order to continue to qualify for the housing. The rule was established when the majority of migrant workers were single men, but housing in the camps is now reserved for families.

Now, advocates are trying to get California officials to change the 50-mile rule, which they say jeopardizes the educations of farmworker children, among other problems.

In August, a group of advocates with the Center for Farmworker Families and the Food Empowerment Project, among others, re-submitted a petition to the California Department of Housing and Community Development (HCD), asking for an exemption to the “50-mile rule” for families with school-age children.

This is the latest in a years-long push to have HCD change the rule. The petitioners believe a change or exemption would give migrant families more options for if or when their children must change schools and at least partially alleviate migrant students’ educational challenges.

Harry Snyder, advocacy leader in residence at the Center for Public Health Practice & Leadership at UC Berkeley, and one of the petition’s co-signers, said that migrant housing “is a subsidy to California agriculture. It allows farmers to provide low wages. They don’t lose anything if the regulation changes.”

Snyder pointed out that no other state has a similar rule in place for their migrant housing.

The department rejected the request on August 30, citing other possible avenues of finding a solution, though no action has yet been taken. The director and chief deputy director of HCD are currently evaluating the issue to try to determine possible alternative solutions, according to representatives from HCD, but there’s no set deadline for when a decision must be reached.

Schools in Bakersfield, where the agriculture industry has long attracted a large farmworker population, know the special challenges associated with educating migrant students.

The migrant education programs at Arvin Union School District and Vineland School District serve students who live at the Arvin Migrant Camp as well as other migrant students. The districts provide afterschool and Saturday school during the school year, as well as summer school programs in an effort to give children a chance to catch up on class time they may have missed while relocating midyear and help make up for the unique challenges migrant students face.

The programs give migrant students, whose parents must work long hours year-round, a positive environment to stay for the day, said Maria Zuniga, a teacher who works with the migrant education program in the Vineland district and who grew up as a migrant student herself.

Elizabeth Tapia, a migrant farmworker who lives sometimes at the Arvin Migrant Camp and travels between Bakersfield and her home in Coachella, said the program’s services have been helpful and that she’s seen improvement in her children’s schoolwork. The school has also been in contact with Tapia about possibly sending a teacher to her house on Saturdays to work with her youngest daughter, who is 3.

The programs also provide social services, including health, vision and dental services, and supply families with food, if needed.

If the Rule Didn’t Exist

But determination is not always enough.

Zuniga said that the programs can’t fully make up for the time it takes to transition to a new school. Language acquisition becomes especially difficult for these students, she said. Cabral explained that students moving between states are sometimes placed in a different grade.

Forming relationships is also a challenge for migrant students, especially those entering adolescence. Cabral said she sees students “struggling with the balance between peer relationships and achieving the standards.”

Sanchez and Tapia see their own children experiencing these difficulties.

“They don’t have friends,” Sanchez said. She also said that switching between different school curriculums and materials is difficult for them, and she sees a negative impact on their grades.

Tapia said her children, especially those with special needs, have trouble adjusting between schools. For example, at their school in Bakersfield, middle school begins in fifth grade. In Coachella, it doesn’t begin until after sixth grade. After they moved, her children at first thought they’d been placed in the wrong school.

If the 50-mile rule didn’t exist, Sanchez said she’d try to find work in the Bakersfield area year-round, migrating between the area’s different crops and orchards with the changing seasons. This would allow her children to stay in the same school all year.

She wants her children to have a good education “so they can have a career, a better job,” she said. “So they won’t be like we are, going from place to place.”

“These families sacrifice so much to succeed,” said Lauren Ornelas, founder and executive director of the Food Empowerment Project. “We feel that the governor and the state of California has a responsibility to come up with a solution that can help these children with their education.”