New Law Aims to Protect Child Sex Trafficking Victims, Instead of Criminalizing Them 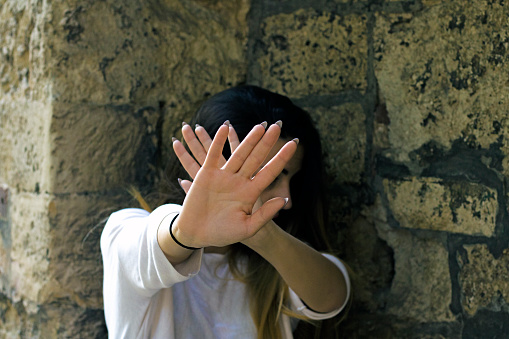 Gov. Jerry Brown signed a bill last week that aims to protect child sex trafficking victims instead of criminalizing them.

“The youth we work with tell us repeatedly how harmful it is to be treated like a criminal,” Jodie Langs, policy director at WestCoast Children’s Clinic, said in a release. “One young person said, ‘Being arrested reinforces that I’d be better off sticking with him – he said that this was going to happen – that I’d go to jail if I left him, and that no one else cares.’”

Langs said that victims who were in juvenile hall would often tell her staff members: “If I’m a rape victim, why am I in this cell while (the abuser is) out there?”

The children are victims of child abuse, not criminals, she said.

WestCoast Children’s Clinic, which provides mental health services to vulnerable children, youth, and their families, worked with the National Center for Youth Law and the County Welfare Director Association of California on the statewide campaign to decriminalize child sex trafficking.

“These children need specialized treatment for months and even years after they are recovered in order to address the trauma associated with their exploitation as well as the years of abuse they often endured prior to trafficking,” Frank Mecca, CWDA executive director, said in a release.

“For too long, child sex trafficking victims in California have been seen and treated as criminals, often arrested and taken to jail for prostitution, which only exacerbates their trauma.”

The new law also clarifies a 2014 law, Senate Bill 855, stating that commercial sexual exploitation is child abuse and victims should be served by child welfare agencies to the greatest extent possible.

As part of the 2014 law, the state legislature allocated $20 million to help child welfare agencies and community partners get victims the immediate, appropriate services they need to heal.

Victims have basic needs, such as clothing, a safe place to stay and medical care, as well as longer-term needs, such as employment and therapy, Kate Walker Brown, attorney at the National Center for Youth Law, said in a release.

New Law Aims to Protect Child Sex Trafficking Victims, Instead of Criminalizing Them