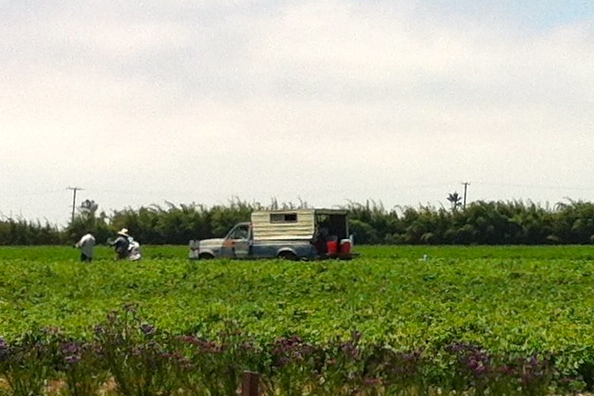 Gov. Jerry Brown signed a bill Monday that will grant California farmworkers overtime pay, making them the first such agricultural workers in the nation to receive standard overtime wages.

The new law will be phased in over four years and will eventually give farmworkers overtime pay after working an 8-hour shift or 40 hours per week.

The agricultural workers currently receive overtime after working a 10-hour shift or 60 hours per week.

Gov. Brown can also temporarily suspend a scheduled phase-in of overtime if he suspends minimum wage increases because of economic conditions.

State Assemblywoman Lorena Gonzalez of San Diego introduced the bill, after a similar bill failed earlier this year. After the legislation was approved in close votes in both houses, Gonzalez urged Brown to sign the bill in a statement late last month.

“The whole world eats the food provided by California farmworkers, yet we don’t guarantee fair overtime pay for the backbreaking manual labor they put in to keep us fed,” she said.

In 1938, Congress passed the Fair Labor Standards Act, which established the minimum wage, recordkeeping, child labor standards and overtime pay eligibility. But the law left out agricultural workers, and in 1941, the state legislature officially exempted all agricultural workers from statutory requirements of overtime.

In 1976, Gov. Brown signed legislation establishing a modified standard for farmworkers, giving them overtime after working a 10-hour day or 60-hour week.

California’s 441,000 agricultural employees harvest one-third of the nation’s vegetables and two-thirds of its fruits and nuts. The state’s 76,400 farms and ranches earned approximately $54 billion for their 2014 harvests, according to the most recent crop report. Yet the median personal income of farmworkers statewide is just $14,000 a year.