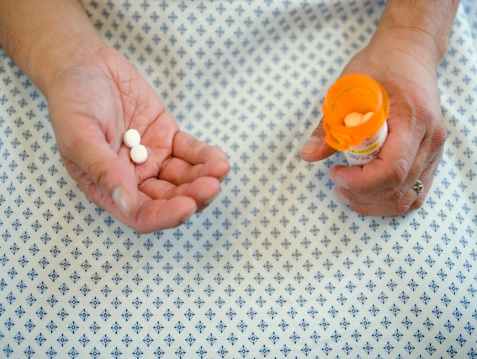 Pharmaceutical companies can raise the prices of prescription drugs without oversight, leaving some patients suddenly unable to afford their medicine or insurers paying hefty fees to cover the costs.

A new state bill, proposed by California Sen. Ed Hernandez of West Covina, aims to change that, by requiring drug companies to give prior notice before raising prices. The proposal, SB 1010, would also have health plans report the proportion of the insurance premiums that is spent on prescription drugs.

“Shining a light on drug prices is crucial in order to drive change in the health care system,” Hernandez said in a release. “When drug companies raise drug prices in the shadows, everyone is impacted, from consumers to purchasers. The public deserves access to affordable health care and SB 1010 is one mechanism to make that happen.”

The bill headed to the Senate this week, where it is undergoing revisions before a vote.

The legislation would require drug makers to notify purchasers before significant price increases and justify those increases.

Health plans would also have to report information on drug purchasing trends, including the 25 drugs that are the most prescribed, most expensive and had the highest increase in price in the last year. Insurers would report the percentage of the health plan’s premium that is spent on drugs, and any changes to the premium as a result of that spending.

Under the proposal, state regulators would issue public reports on drug spending and legislators would hold annual hearings on drug prices.

The Affordable Care Act, which requires people to have health coverage, spurred the legislation, Hernandez said.

“Lawmakers and stakeholders recognize that requiring people to have healthcare coverage comes with the responsibility to make it affordable, and that means shedding some much needed light on drug prices,” the senator’s office said in a release.

The legislation is cosponsored by Health Access California and the California Labor Federation.

On Tuesday, Health Access sent an email to supporters urging them to contact their senators and ask them to vote in support of the bill.

“Did you know that Big Pharma can raise prices on prescription drugs behind closed doors without telling anyone why?” the email read.

“Public anger is building on the issue of prescription drug costs — whether it is hiking the prices for decades-old drugs, or the extreme costs of some new medications,” Health Access executive director Anthony Wright said in a release. “More and more patients and payers are questioning these drug costs.”