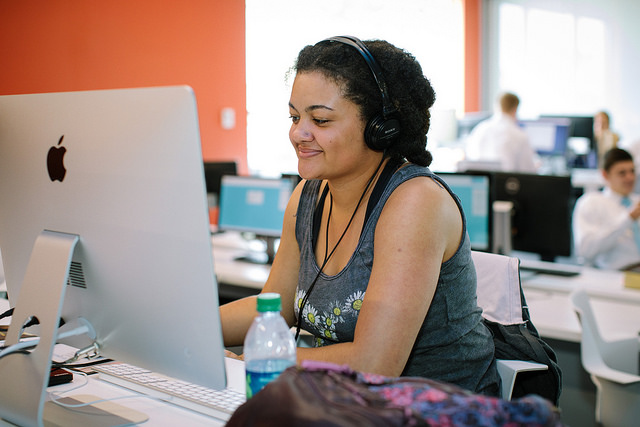 California teenagers who have positive role models and are involved in extracurricular activities are less likely to be overweight, a new study reports.

However, teens of color and those from low-income families are less likely to have these protective social factors, which may contribute to health disparities, according to the report released last week from the UCLA Center for Health Policy Research.

“It’s a sad fact that not all teens have a parent or adult to guide them in a positive way,” said Susan Babey, a senior research scientist at the Center and the report’s co-author. “If the teen also lacks adult support at school and support from a positive peer group, they sometimes emulate unhealthy characters they see in movies or on TV — which are not the best places to find role models.”

The researchers used data from the 2011–12 California Health Interview Survey to analyze whether the state’s 12- to 17-year-olds had role models, adult mentors at school and participated in volunteer and extracurricular activities.

Using the survey data, the scientists linked the three protective social factors to levels of physical activity and weight.

Only 42 percent of teens from the lowest-income families felt they had a high level of support at school, compared with 60 percent of the teens overall.

About half of teens from low-income families said they had a role model, compared with 70 percent of teens from affluent families. Low-income students were also less likely to participate in clubs outside of school.

Part of the problem, Babey said, is that some teens may not have any mentors they can identify with.

“Many teens seek role models who look like them, who they can identify with, who share similar backgrounds,” she said. “But the other places they may look for a role model, such as the entertainment industry, have not historically featured faces and stories that reflect the racial and socioeconomic diversity of teens in California.

“So there needs to be diversity of role models — not just in what they look like but in their backgrounds and professions,” Babey said.

The researchers recommend that schools and community organizations improve their support for teens of color and those from low-income families, particularly in underserved areas.