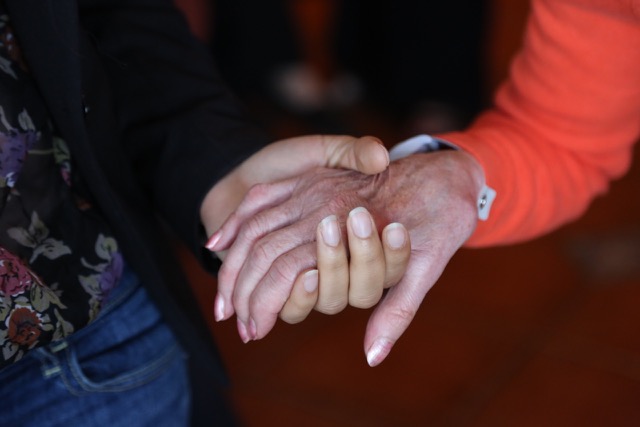 A push to allow “assisted dying” in California was derailed this week when a bill already passed by the Senate was quickly pulled from an Assembly committee, lacking the needed votes.

Meanwhile, as political maneuvering continues, the bill highlights the severe tension between political and personal beliefs. What exactly is “pro-choice?” Can politicians impose their own religious or spiritual beliefs on constituents?

Most importantly, the issue reveals the profound private discomfort legislators have with dying and death.

“We would address all their concerns and in the end it always came down to ‘It’s really just personal,’” says Toni Broaddus, California campaign director at Compassion & Choices, the nation’s leading advocacy group for assisted dying.

The Los Angeles Times recently reported that primary opposition to the bill came from Catholic Latino Democrats. Yet an interview with Assemblymember Miguel Santiago (D-Los Angeles) illuminated the wildly complex issues that appear at the intersection of death, politics and religion.

A pro-choice Democrat in favor of women’s reproductive rights, Santiago said he has no problem breaking ranks with the Catholic Church on critical issues like abortion.

“I wouldn’t make a comparison between a woman’s reproductive right and end of life,” says Santiago. “I would take a look at this bill on an individual basis.”

Like laws already passed in Oregon, Washington and Vermont, California’s legislation limits assisted dying to terminal patients who are mentally competent and able to make their own choices – deeply personal ones based on spiritual beliefs and their own level of pain.

Compassion & Choices says a recent poll shows that 70% of Latinos and 60% of Catholics support some form of assisted dying.

In one news report this week, another Catholic Democrat, Assemblymember Freddie Rodriguez (D-Pomona), cited his background saving lives as an EMT for opposing the assisted dying bill.

Yet Rodriguez overlooked the common use of DNRs – Do Not Resuscitate – for the terminally ill and dying.

In an interview, Santiago admitted that his opposition to the bill was largely personal.

“This is my individual struggle,” says Santiago. “I’m not making a decision for anybody else.”

In fact, he is. The California bill simply allows terminally ill patients with full mental clarity the option to choose to end their lives. Just like a pregnant woman has the choice to pursue an abortion of remain pregnant.

“The opposition has portrayed this as suicide, and it’s not,” says Broaddus. “These people want to live but they’re sick. When the end comes they want to be able to die peacefully.”