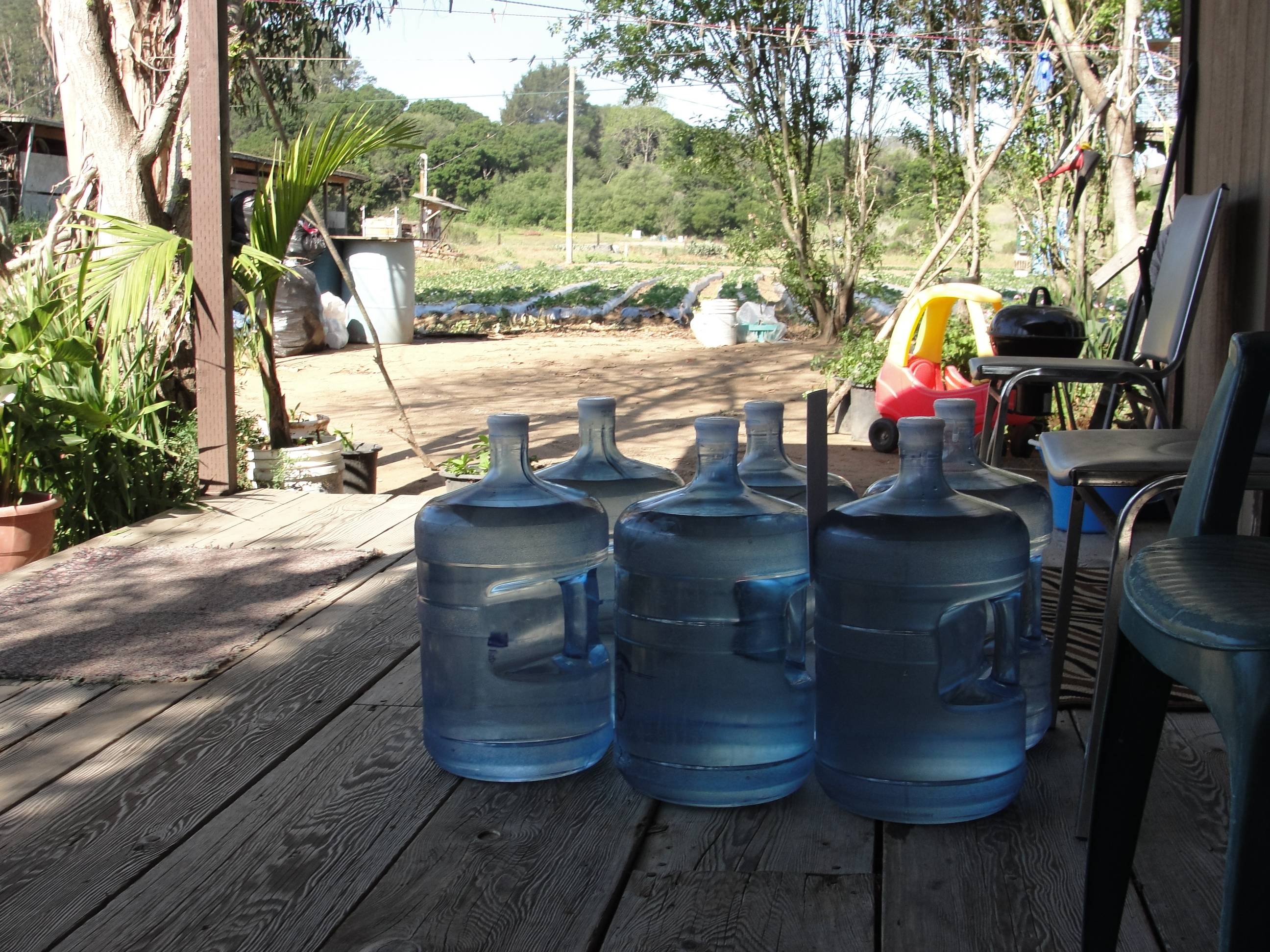 Thousands of residents in rural disadvantaged communities in the Salinas Valley may soon have help avoiding drinking water from domestic wells and small water systems contaminated with dangerous levels of nitrate.

A grass roots pilot project by the Environmental Justice Coalition for Water (EJCW) is helping rural low-income residents organize their communities so they can apply for grants for drilling new wells or for infrastructure to connect to municipal systems.

“We’re trying to connect people into a regional network,” said Vicente Lara, Central Coast program coordinator for the Coalition. “A lot of people think they’re the only ones experiencing this problem. This is a regional issue.”

Agricultural fertilizers and animal wastes are the largest sources of nitrate contamination of groundwater on a regional level in California. Nitrate can cause “blue baby syndrome” decreasing the capacity of an infant’s blood to carry oxygen, and has been linked to thyroid problems, reduced cognitive functioning and spontaneous abortions, reported the University of California, Davis in its 2012 report Addressing Nitrate in California’s Drinking Water.

“This presents a major health risk to domestic well users and small communities because their drinking water is unregulated and many of these residents do not know that their drinking water is polluted,” stated the State of California Regional Water Quality Control Board Central Coast Region in a July 2014 staff report on nitrate in groundwater.

Between 2012 and 2013 the United States Geological Survey sampled 90 domestic wells in the Salinas and Pajaro Valleys, and 31 percent of them exceeded the drinking water standard for nitrate. The worst one was more than six times the safe standard for drinking water.

Enrique Serrano’s family is receiving some of that water. Serrano lives in a rural area near the community of Las Lomas, a few miles southeast of Watsonville. He had purchased and remodeled a house there. But in 1999 when he watered his plants they turned brown, he said. Lab tests at that time showed his water contained nitrate at a level of 521 milligrams per liter (mg/L), 12 times the state maximum contaminate level of 45 mg/L.

To protect his children, Serrano temporarily moved out. He got a loan and drilled a new well for $30,000. Four years later, that too started becoming contaminated and now contains nitrate at 100 mg/L, he said.

In the Central Coast Region residents rely on ground water for 86 percent of their water supply. But domestic wells and often water systems with less than 15 service connections are unregulated by the state. It’s up to individual counties to oversee them.

Monterey County just passed an ordinance requiring new domestic wells to be tested for nitrate. But Cheryl Sandoval, supervisor of the Drinking Water System Program for the Monterey County Health Department, said they’re not tested again unless the owner requests it.

Serrano’s friend Silverio Perez, who farms flowers and was having similar problems with plants wilting, suggested they take action.

“I said yes, let’s see if we can do something, not only for us but the community,” Serrano said.

They have been meeting with Lara, and EJCW program assistant Daisy Gonzales as well as law students from the UC Hastings Social Enterprise and Economic Empowerment Clinic to strategize getting the word out to surrounding neighbors. One option is drilling a community well.

They are coordinating with COPA, a nonprofit group of faith organizations, schools, labor unions and nonprofits. The plan is to train parents to educate other parents about their water, Lara said.

He and Gonzales are going door to door in unincorporated, rural, low-income communities in Northern Monterey County alerting residents that their water may be contaminated, inviting them to join in community efforts to create a solution and offering delivery of free drinking water.

“We have to go out on a ground level to see what’s going on,” Lara said.

EJCW has coordinated with UC Berkeley engineering students who are testing wells for free and the coalition is collecting that data and recording the types of water systems people have and their income levels. They will prioritize the communities most in need, develop water project proposals and present them to the state for funding at the end of the two-year pilot, Lara said.

Matthew Keeling, an engineer with the Groundwater Assessment and Protection Program at the Central Coast Regional Water Quality Control Board said the pilot is significant because the state and central coast water districts lack a comprehensive needs analysis for domestic wells and small water systems with less than 15 connections. That’s despite the fact that about 16 percent of the population of the Central Coast Region gets its water from those sources, he said.

Paris Hayes and Caleb Lee, UC Hastings law students, are working with residents to assess their options for forming legal entities like a community service district to manage their own community water systems and how they can qualify for funding. The end goal is to create a guidebook that all communities can use, Lee said.

“But it’s not like we can form a corporation and slap a title on it and they can get money from the government,” Hayes said.

Numerous challenges stand in the way of these communities, she said. They struggle with language barriers, limited resources, lack of internet access, physical isolation, migratory residents and a few affluent homes in their neighborhoods that skew their communities’ income levels and chances of qualifying for low-income grants.

Lara and Gonzales are enlisting the help of residents of San Jerardo, originally founded as a farmworker housing cooperative seven miles southwest of Salinas, to show other communities that they can bring about change. San Jerardo’s 64 residents had three of its community wells contaminated with nitrate and 1-2-3-Trichloropropane since 1990, said Horacio Amezquita, General Manager of the San Jerardo Cooperative Inc.

Residents suffered from rashes, blisters and hair loss. After years of pressing their case for clean water, they succeeded in getting the County of Monterey to represent them in applying for a new water system paid for through $6.2 million in state and federal grants.

A new well was drilled but they had to go 1.8 miles away to clean water. The downside is the county charges San Jerardo $96,000 to operate the facility, increasing low-income residents’ water bills from $20 per month to over $100, Amezquita said.

The Central Coast regional water board has been urging county health departments for five years to do more outreach and education if not pass ordinances that domestic and small wells be tested on a regular basis, possibly paid for by counties, Keeling said.

To help protect residents, the regional board just received $369,000 from the State Water Quality Control Board to do direct mail and education campaigns warning residents of their possible exposure to contaminants and offering to test wells for nitrate, arsenic and minerals throughout the Central Coast region, Keeling said.

“The more we can highlight the significance of the problem and what the possible solutions are, the more we can have a discussion of what it will take to help these people,” he said.

Note: This article was edited on May 13 to correct a reference to students working with the Environmental Justice Coalition for Water to test wells. The students are from UC Berkeley, not UCLA.