Caregiver Crisis: Technology to the Rescue? 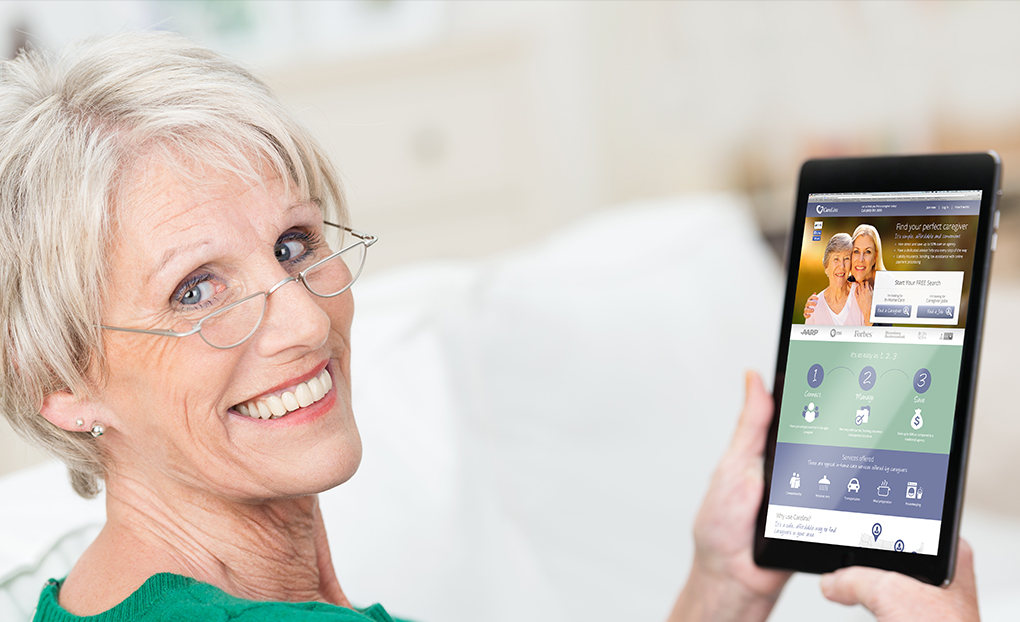 Will social networking and technology save the day for one of America’s most intractable social problems — caring for the country’s aging population?

The splashy launch of the San Francisco-based startup Honor — with high-profile backing from tech entrepreneur Mark Andreessen, politicians, and Hollywood celebrities alike — spotlights an issue that is devastating to families and finances.

Honor plans to modernize today’s rickety world of home caregiving — one that focuses on old-school employment agencies, or cheaper underground “grey market” caregivers who are often unlicensed and untrained.

Instead, the company uses social networking to help families peruse the background and training of caregivers to find the right match: for instance, a certified nursing assistant, specialty in geriatrics, or a caregiver who speaks Tagalog. Then, both caregivers and family members load a smart phone app to track caregiving tasks. At home, seniors use a larger, easy-to-navigate screen that introduces and connects them with their caregiver.

After an intensive design phase and in-person interviews with experienced caregivers, Honor is now rolling out its pilot program in Contra Costa County, hoping to expand throughout California and the country.

Will Honor launch a revolution in caregiving?

In fact, the revolution has already begun.

“My whole reason was to help families save money, and help caregivers make more,” says Sheik, president and CEO of CareLinx.

Online, CareLinx looks similar to a dating site. Caregivers list their background, qualifications and expertise. They also set their own hourly rate. CareLinx lists the number of registered caregivers and the region’s average hourly pay.

Since launching CareLinx, Sheik has watched a handful of competing startups fail for a simple reason: they emphasize technology rather than customer service and care.

“I always tell (my staff) we are more a health care services company than a tech company,” says Sheik. “We embrace the service side because we know what these families are going through. And technology will only take you so far.”

“I don’t think technology is the solution, but it can make the solution possible,” says Gary Barg, editor of Caregiver.com.  “It still comes down to touch. You can’t fix it with technology, but maybe tech makes the process of human interaction easier.”

The David and Goliath faceoff between the deep-pockets Honor and the modest yet established CareLinx has enlivened the timeless debate: technology or humanity? And what’s the right balance between the two?

Seth Sternberg, Honor’s co-founder and CEO, says his firm is far more than a technology interface. In fact, the company has done exhaustive background checks on caregivers, then interviews each one personally.

Its ultimate goal: “Caring for the whole human, not just the physical being.”

And Sternberg, the co-founder of Meebo — an instant messaging and social media networking firm eventually purchased by Google — has an even greater vision.

“There is way more stuff like that I want to do in the future that will make care fundamentally more accessible,” says Sternberg. “There are amazing experiences that you can create for seniors that go far beyond helping them get out of bed that will make them happy. And many of those have to do with getting people together.”

But for now, Sternberg insists that better care is preceded by efficiency: slimming drive times, streamlining communication, and raising salaries. In short — economies of scale.

“All of a sudden you get much more density, so the drive time goes down,” says Sternberg, citing the frustration of long commutes. “The caregiver who arrives to your home just feels better.”

Honor hopes to build a huge, nationwide network of caregivers and families that will lower costs and improve care — something CareLinx has already begun.

During Honor’s research phase, Sternberg uncovered some discouraging realities about caregiver quality. One supervisor at a caregiver agency said the company performed quality checks just once a year, asking the most basic questions of families: Do you have your caregiver’s phone number? Although many caregivers failed these basic quality checks, supervisors stopped disciplining them.

“Because their best people would be fired,” sighs Sternberg. “It was an active disincentive to providing good care.”

Honor’s technology includes surveillance software that ensures caregivers are moving around, and aren’t talking on the phone or surfing the web.

Meanwhile, CareLinx assigns a “family advisor” to each client to assure high-quality care.

Today, families typically pay caregiver agencies $20 an hour, with caregivers taking home about half of that — $10 or $12 hourly.

Honor is paying caregivers a hefty $17 an hour in metropolitan areas like its Contra Costa County rollout — and faced an onslaught of applications because of it. Its glaring downside, however, is the $30 hourly fee charged to families.

Sternberg is well aware of this obstacle.

“Give us a little bit of time and we’ll make it cheaper,” he insists.

CareLinx, which grew 160% last year, charges families a flat 15% fee on top of the caregiver’s wages. Caregivers set their own hourly market rates – which average $16 in Los Angeles, $17 in San Diego, and $18 in San Francisco.

In the future, Honor’s software will account for a senior’s social and emotional needs. And with higher salaries, Sternberg hopes to attract new caregivers to the growing field.

“Long-term, that is a very good place to look in a sense of people who have not traditionally done caregiving.”

“We’re trying to improve overall health outcomes and reduce the cost of care by integrating the various levels of service providers,” says Sheik.

Yet as always, the true success of caregiving rests with families.

“People coming to us are at the most vulnerable time of their lives,” says Sheik. “We have families cry to us every single day saying ‘I need your help.’”

Caregiver Crisis: Technology to the Rescue?