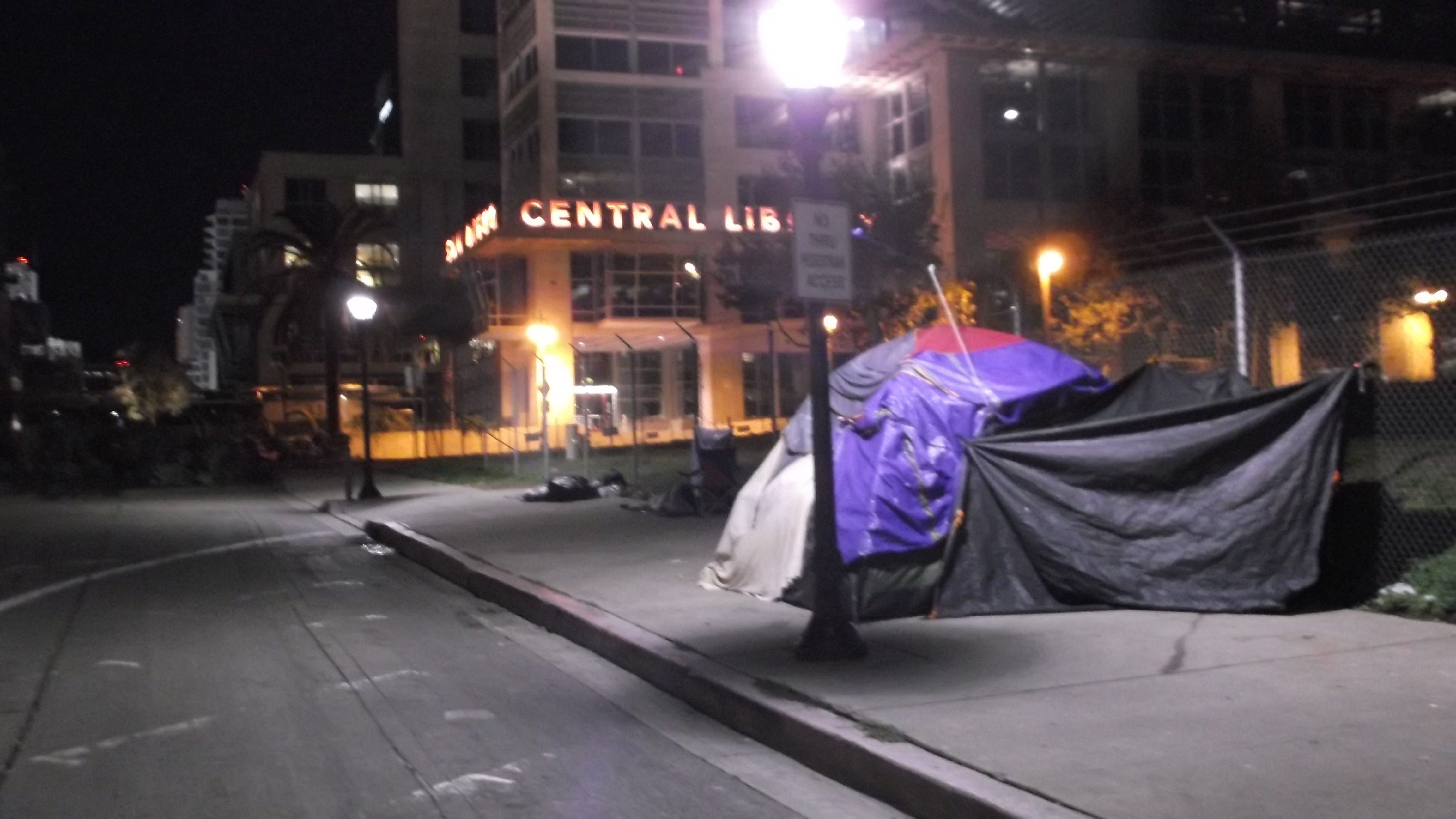 San Diego, which in 2013 had the fourth largest homeless population in the U.S., has committed $30 million to an aggressive housing-first strategy that grew out of test projects putting the city’s most hard-core homeless indoors.

The new push is being heralded as a paradigm shift from a spectrum of temporary shelters, transient housing and services spread across agencies and nonprofits to a focus on getting people into homes while working on the problems and issues that left them homeless.

It has been strongly driven by the San Diego Housing Commission’s efforts to persuade the federal government that it was time to try housing as a solution for the nearly 9,000 people counted in last year’s homeless point-in-time survey.

Support for the housing-first model was reinforced by the results from a program known as Project 25.

The idea behind Project 25 was simple: instead of a list of conditions for the homeless to meet before they qualify for assistance, conditions like sobriety or fitting into a narrowly defined group, the goal was harm reduction – both to the participants and the community. A group of 39 chronically homeless men and women was selected by compiling lists of those who had the most contacts with police, the most emergency room visits, the most ambulance trips.

“It was the first time in our community that we showed a compelling economic case for providing housing,” she said. “It was also the first time we had the county, the city, hospitals, the probation department and the police department all working together so we could show them the numbers.”

Armed with the important shift in how federal housing money can be spent and the results of such programs, San Diego city and county government and a host of nonprofits are collaborating on scaling up to serve a much larger and more diverse population.

In November, the city announced it has committed $30 million to an aggressive Housing First strategy – the first significant shift of resources away from the continuum of care model to a model based on the idea that people who live somewhere have a far better chance of dealing with the remaining issues that put them on the street in the first place.

“Our goal is to reduce the amount of work homeless people have to put into navigating the system,” Gross said. “It was an approach that requires people to advocate for themselves, to know what question to ask and where to ask it and often to ask it again. That’s a lot to ask of someone who is trying to survive.”

Although Project 25 helped push the idea forward, Gross says it took more than that.

“Housing First started to get traction with projects like Project 25, but it wasn’t until two to three years ago that HUD started to change its formula from transient housing to permanent supportive housing,” she said. “Phoenix and Denver were showing such great results from their housing first programs and that had an impact in the change in HUD policy.”

In 2010, the housing commission began to design programs to use HUD money for housing in smarter and more targeted ways, Chief Operating Officer Jeff Davis said. A HUD program called Moving to Work made it possible to search for better approaches, even if they sometimes fall flat.

“Moving to Work allows the agency to try innovative programs that wouldn’t normally be allowed with HUD money,” Davis said. “For example, the (HUD rental) voucher program was highly regulated and it didn’t really work very well for the homeless.”

HUD’s approval of more flexibility for designing local programs let the housing commission provide the apartments for Project 25, for example.

That success – in 2014, an astonishing 90 percent of the original 39 participants from 2011 not only remain living indoors but have improved their various problems – chronic alcoholism and disabling diseases, for example. While many of them will never be fully self-sufficient, they are safe and getting better help at a much lower cost.

With the launch of Housing First, the housing commission was able to commit up to 1,500 federal rental assistance vouchers immediately, as well as funds to renovate the Hotel Churchill, a seven–story historic hotel in downtown San Diego, to create 72 studios for homeless veterans and former foster youth. The hotel doors are expected to open in 2016, according to housing commission spokeswoman Maria Velasquez.

The commission also committed 25 furnished apartments for short-term housing, meaning six to 18 month of residence for people to stay while they get their lives in order.

“The goal is for these families to be able to move out – with the furniture – and get their own place, to achieve self-sufficiency,” Davis said. There aren’t any restrictions on who can qualify, but Davis says the focus will be on homeless families.

The second important plank of the Housing First initiative is creating a centralized board for finding resources.

The plan is to create a variety of options to try to match the very different needs for housing, according to Ruth Bruland, of St.
Vincent de Paul, which is one of the area’s most important agencies for helping the homeless.

At one end of the spectrum are people with chronic, long-term problems – the mentally ill, or substance addicted people who may never be able to move to being completely self-sufficient.

“Permanent supportive housing is perfect for the Project 25 population – where rental assistance would not have worked for that population,” Bruland said. “But there are many people who aren’t as extreme who still benefit from rental assistance – where they have a source of income but don’t have enough for a deposit or they have a bad eviction history that makes them poor candidates in a landlord’s eyes.”

There are people who became homeless because of family violence, job loss, an unexpected eviction or because of the behavior of their friends and family members, for example. Many homeless families came from households where families had doubled up to stay off the streets.

“Each individual has a different combination of challenges, that’s why having the whole array of tools to search through to find the combination that works for that one family is so important,” Bruland said.

“We have funding for veterans and their families, for example, where we can pay their rent for three or four months to help them stabilize their income and clean up their eviction history,” she added.
One of the challenges in finding permanent housing for the homeless is that San Diego has an apartment vacancy rate of about 2.3 percent, Bruland said.

“Landlords can be picky in this market,” she explained. “It’s not that people are derelicts – many people developed negative histories trying to hang on to their last homes and that negative history now is a barrier to getting into the scarce local housing.”