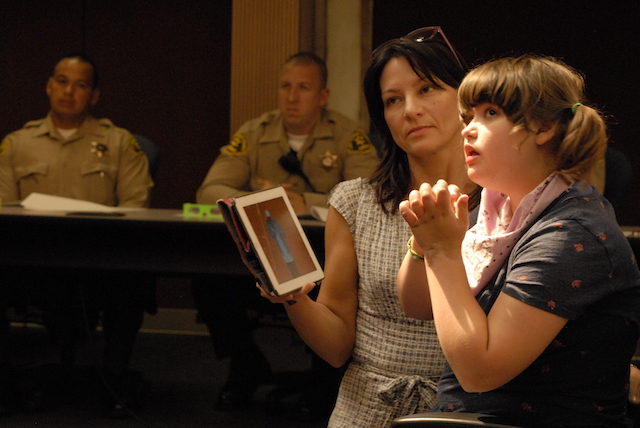 A study by Stanford researchers finds that group classes for parents that teach a specific therapy can help to improve the children’s’ language skills.  The  study looked at 12 week classes that taught “pivotal response training” in which parents identify something a child wants—such as a ball–and offer rewards in exchange for the child making efforts to say the word.

“We’re teaching parents to become more than parents,” says Antonio Harden, M.D., who directs the hospital’s Autism and Developmental Disabilities Clinic and is the lead author of the study. “What we’re most excited about is that parents are able to learn this intervention and implement it with their kids.”

The researchers say the class are meant to augment therapy conducted by autism experts and not replace it.  The two key benefits to the classes, say the researchers, are that kids can make greater progress than they might just in their sessions with their therapists and parents feel better equipped to help their children progress.

The study included 53 children with autism and language delays, ranging from ages 2 to 6, and their parents. Half the parents attended 12 weeks of classes on pivotal response training, and the control group attended a 12-week program on basic information about autism.

At six and 12 weeks, the parents in the experimental group were video-recorded while using pivotal response training with their children. At the end of the study, 84 percent of parents who received the training were using the therapy correctly and their children had were saying more words and had greater functional use of words than the children of parents in the control group.

The study was published in the Journal of Child Psychology and Psychiatry.