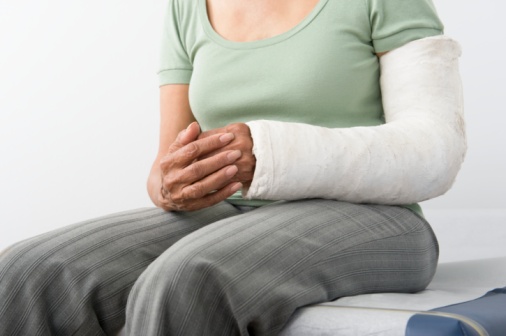 If you are a middle-aged African-American or Asian woman, your social class may play a significant role in how likely you are to suffer bone fractures, according to a new study by researchers at UCLA.

The researchers used data on 2,167 pre-menopausal women from the Study of Women’s Health Across the Nation (SWAN) bone study. The group included 592 African-American, 1,093 Caucasian, 223 Chinese and 259 Japanese women who were between the ages of 42 and 52 when the study began. At baseline, they had provided complete information on their income, education, osteoporosis risk factors and fracture occurrences. Each year for nine years, they reported on whether they had experienced any fractures since the last annual study visit.

The researchers found that among the non-white women in the study, a higher education level was associated with decreased fracture incidence. Those with at least some postgraduate education had an 87 percent lower non-traumatic fracture rate than those with no more than a high school education. In addition, each additional year of education was associated with 16 percent lower odds of experiencing a non-traumatic fracture. The associations between higher education level and decreased fracture risk persisted even after accounting for income. Education was not associated with fracture risk among white women.

Dr. Carolyn Crandall, a professor of medicine in the division of general internal medicine and health services research at the David Geffen School of Medicine at UCLA and the lead author of the study says the new research doesn’t establish a causal relationship between low education and high fracture risk, but adds to the growing evidence of health disparities in the U.S.

The findings, however, still “highlight the need to elucidate the biological and behavioral mechanisms underlying the possible protective effects of higher educational level on osteoporotic fracture incidence so that we can better target individuals at risk of future fracture and design appropriate preventive strategies,” says Dr. Crandall.

The study was published in Osteoporosis International.