Teen Dating Violence Common for both Boys and Girls 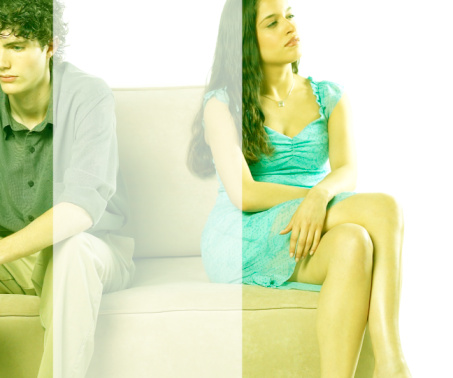 Two days after Valentine’s Day, nineteen-year-old Irais Acosta-Olvera was found dead on the floor of the Pasadena bedroom she shared with her 18-year-old boyfriend, Jonjon Crummie. The two had moved in with each other only a couple months before, and had been dating for less than a year. Acosta-Olvera was a first-year nursing student at Pasadena City College. Friends and family members said she had dreams of becoming a labor and delivery nurse. They also said they had doubts about her relationship with Crummie from the beginning.

Describing Crummie as jealous and controlling, they recounted how Acosta-Olvera deleted her social media accounts after the two started dating. In the months leading up to the killing, Acosta-Olvera had distanced herself from family and friends. Neighbors heard a gunshot on the morning of February 16th. Immediately after, they witnessed Crummie running from the scene. The following day, Crummie surrendered and was charged with murder.

Though the Pasadena tragedy is an extreme case, teen dating violence has become a widespread occurrence. One in three American youths between the ages of 14 and 20 reports they’ve been victims of physical, sexual or psychological abuse within a dating relationship, according to findings that researcher Michelle Ybarra presented last year at the American Psychological Association annual convention. Almost one in three teens reports they’ve committed an act of violence against a dating partner.

“There is this idealistic picture of teen relationships,” says Ybarra, president of the Center for Innovative Public Health Research in San Clemente. “But we need to recognize that some adolescents are violent with each other. It’s more common than we typically assume.”

In a California Healthy Kids Survey, nearly 6 percent of 9th-graders and 7 percent of 11th-graders reported being hit, slapped or physically hurt on purpose by their boyfriend or girlfriend in the 12 months prior to the survey. For students attending community day schools and continuing education programs, the rate rose to over 13 percent. (Teens surveyed included both those with and without a dating partner in the previous year; if data from teens without a boyfriend or girlfriend were eliminated, the prevalence of physical dating violence would be even higher.)

Contrary to what people may believe, rates of teen dating violence aren’t that different between girls and boys, and abusive teen relationships are often characterized by mutual aggression. When it comes to physical violence, boys more often report being the victim and girls the perpetrator—which is opposite of the typical adult domestic violence scenario.

“Instead of creating a culture of raising boys to not be violent, we are raising girls to also be violent,” says Jennifer O’Brien-Rojo, co-executive director of the Walnut Avenue
Women’s Center (WAWC) in Santa Cruz. “

Still, when the severity of violence is considered, a different picture emerges. Studies show that girls are more likely to be injured from a dating violence incident, and to need medical assistance for injuries. Girls in violent relationships also report more psychological symptoms of fear, depression and post-traumatic stress than boys do. And when it comes to sexual violence, girls are significantly more likely to be the victim and boys the perpetrator.

“It’s important to take this into account, but at the same time not minimize the victimization of boys,” says Ybarra, adding that stigma around boys who are victimized makes it difficult for them to come forward.

Risk factors that make teens more likely to engage in an abusive relationship include exposure to violence during childhood, alcohol and drug abuse, low school involvement, low parental attachment and risky sexual behavior. But our current culture encourages teen dating violence and unhealthy relationships in general, explains Jill Murray, a psychotherapist in Laguna Niguel and author of the book “But I Love Him: Protecting Your Teen Daughter from Controlling, Abusive Dating Relationships.”

“With technology, you can post anything on Facebook or Tumblr,” she says. “It’s a new way of bullying, a new way of intimidating and saying, ‘I have the upper hand—I can expose you.’” Abusive teens commonly use cell phones as a way to control their partner, either through excessive texting to “check up” on the partner, or using the phone’s GPS capability to track his or her whereabouts.

Murray emphasizes that much of the media teens watch and listen to normalizes violence, pointing to reality TV shows like “Bad Girls Club” (which depicts young women cat-fighting and name-calling) and music videos like Eminem and Rihanna’s “Love the Way You Lie,” (which glorifies domestic violence, using images of physical aggression intertwined with sexuality).

Studies show that teens who view multiple forms of aggressive media are at increased risk for both dating violence victimization and perpetration. Ybarra was the lead investigator in a recent study that showed teens who report sexual violence also report greater exposure to violent X-rated media, as well as violent media in general.

“Boys and girls often put up with unhealthy behaviors that they don’t realize are unhealthy,” says Tona Karlsson, program coordinator in the youth department at the WAWC. Each week in Santa Cruz, Karlsson holds a weekly support group, “Girl Talk,” where she works with adolescent girls on nonviolent communication, building self-esteem and gaining positive relationship skills. The WAWC also hosts a similar support group for boys, “Wise Guys.”

Karlsson tells kids, “If you are in a relationship and it feels bad—if it hurts you—then it’s probably not the right thing.”

Because most teens don’t seek support even when they need it, the WAWC brings an interactive Healthy Relationships Workshop to local middle and high schools. “A main issue with teen dating violence is that teens don’t report it very often,” says Karlsson. “When you love someone who’s hurting you, it’s hard to talk about it. One of our goals is to give the message that it’s okay to talk.”

Teen Dating Violence Common for both Boys and Girls